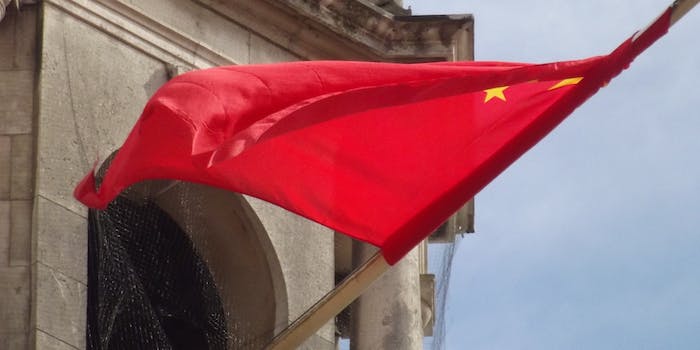 U.S. officials have privately blamed China for the devastating cyberattack.

A Chinese state media outlet has blamed the U.S. Office of Personnel Management data breach on Chinese hackers not affiliated with the government.

The OPM hack, a cyber intrusion of unprecedented scope, exposed the personal information of at least 21 million federal workers and sparked an international incident that frayed relationships between the two world powers.

Xinhua, China’s state news source, claimed in a story Tuesday that, while the attack was a crime, it did not constitute cyberwar, because it did not have the Chinese government’s backing, according to a report in the New York Times.

The claim, which appeared in a story about U.S. and Chinese officials meeting to discuss cybercrime cooperation, appeared only in the English-language version of Xinhua, not in the site’s Chinese-language version.

“Among the cases discussed included the one related to the alleged theft of data of the U.S. Office of Personnel Management by Chinese hackers,” the Xinhua story read. “Through investigation, the case turned out to be a criminal case rather than a state-sponsored cyberattack as the U.S. side has previously suspected.”

The story offered no details on the “investigation,” including whether it had involved U.S. intelligence officials.

The White House has not publicly blamed Beijing for the devastating data breach. Experts argue that, because the OPM hack was political and not economic espionage, it falls within the scope of internationally permissible subterfuge, and the U.S. does not want to tie its own hands for similar operations.

“Listen, I fully admit: We steal other country’s secrets,” Gen. Michael Hayden, the former head of both the NSA and the CIA, said in 2013. “And frankly we’re quite good at it.”

Chinese and American officials met in Washington this week to discuss their agreement to prevent cybercrime, a deal the two nation’s leaders announced at the White House in September. The next meeting to formalize the partnership will take place in June 2016.