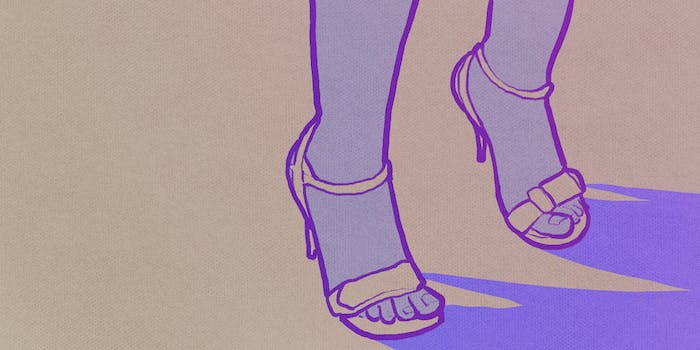 Chinese technology companies are reportedly embracing a new, sexist way of encouraging programmers to do their jobs: hiring cheerleaders.

Yes, actual human women in skirts and heels are being used to “create a fun work environment,” according to Trending in China, the verified Facebook page of the government-run news service China.org.

Trending in China goes on to describe the scene: “According to the HR manager of an Internet company that hired three such cheerleaders, its programmers are mostly male and terrible at socializing, and the presence of these girls have greatly improved their job efficiency and motivation.” 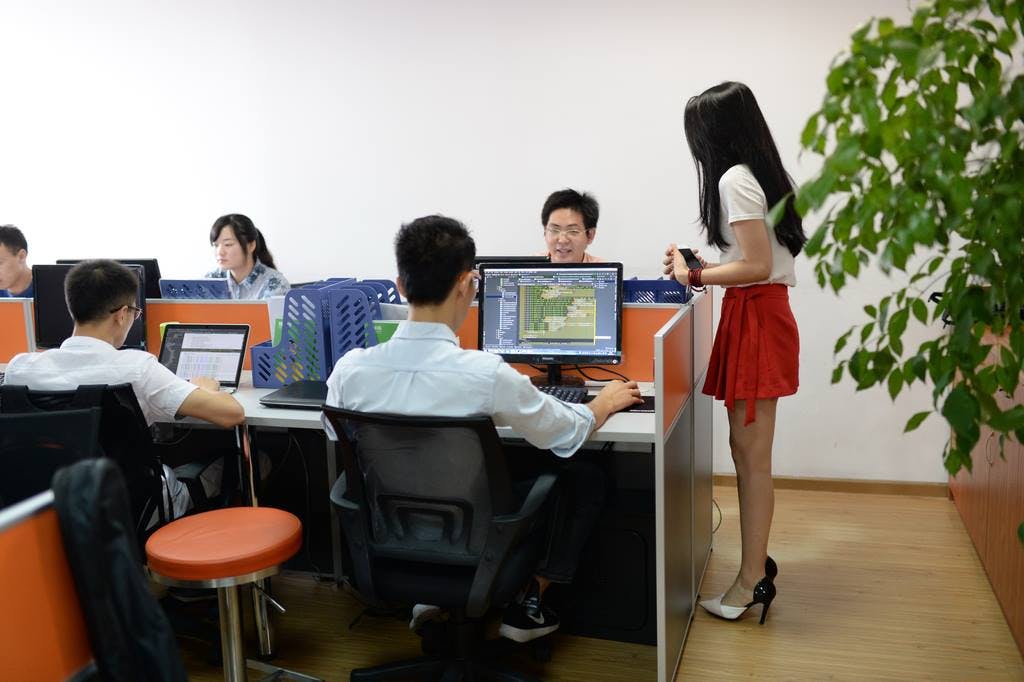 Steven Milward over at Tech in Asia first picked up on the disturbing trend in his post “Fuck this startup for hiring cheerleaders to motivate its brogrammers.” The women are hired to buy programmers breakfast, play ping-pong, and “chitchat” with them. 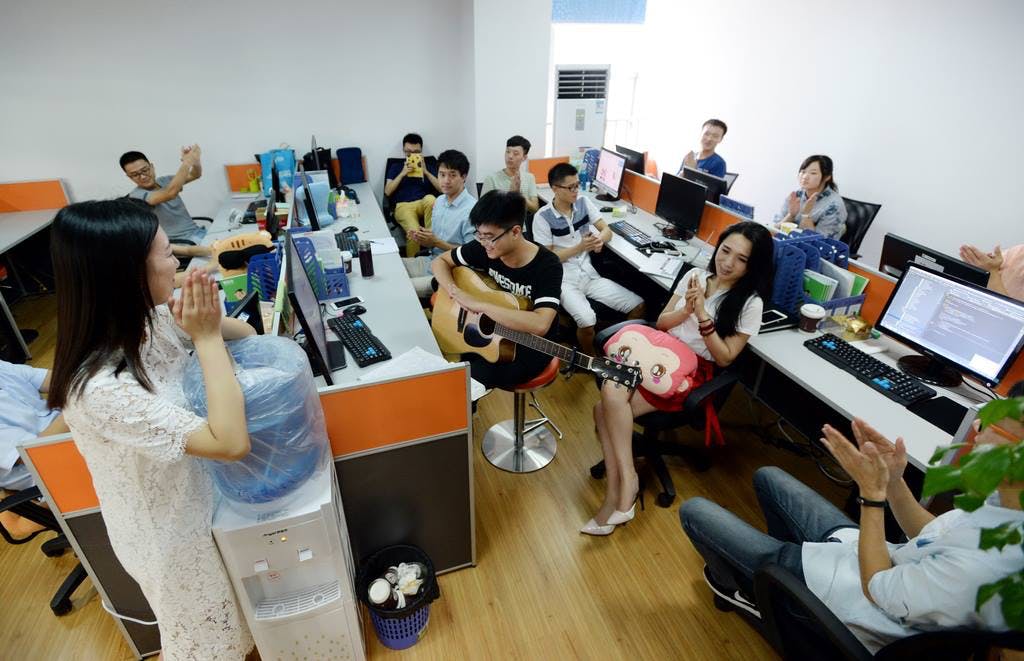 It should go without saying that hiring women to play games with male employees because they’re socially dysfunctional and apparently incapable of getting any work done without constant ego affirmation and recognition from women, not to mention making female colleagues extremely uncomfortable (visible in two photos) is extremely problematic.

Here in the U.S. we have our own share of sexist garbage plaguing the tech industry—tech workers take lunches and business meetings at strip clubs, booth babes abound at conferences, and celebrations like Twitter’s recent “frat party” feature beer pong and university vibes while simultaneously making women feel uncomfortable.

It can be really challenging to come up with things to motivate employees while all that brain power is focused on pushing out code, bro. That’s why I’ve done all the hard work to come up with ways of improving employee morale that don’t include hiring women to trot around the office in incredibly uncomfortable shoes, patting men on the head.

Buses that take tech workers to and from major cities to their offices in the suburbs are not without controversy, including protestors vomiting on them. But equip buses with Wi-Fi, and you’ve got a mobile office that encourages people to get work done while being chauffeured to plush offices.

Recreational areas that encourage people to play can actually make people feel younger and increase productivity, new studies show. Things like game rooms, ping-pong areas, and open spaces for working can all impact a worker’s mental health and help them get more work done. (Though these gaming areas should not also come with “cheerleaders” forced to play with emotionally stunted dudes.)

Tech companies have adopted nap pods and nap areas and even hammocks for their employees to take quick breaks or to sleep off those zillion-calorie free lunches provided to each employee.

Childcare provides work-life balance and the peace of mind that children are cared for while parents work right next door. Daycare isn’t a common work perk. For instance, Facebook took some flack when it offered doggie daycare but not the child kind. Child care can actually improve productivity within the workforce, which shouldn’t come as a huge surprise. Of course, parents might want to make sure that the kids in on-site daycare are up-to-date on vaccinations, an issue Google and other tech companies faced earlier this year.

Literally anything besides cheerleaders

Inclusive and alcohol-free parties, backchannels that promote discussion about topics like #talkpay and diversity in tech, unlimited vacation time, extended maternity and paternity leave—all these things can “improve job efficiency and motivation” in inclusive ways. Not strip clubs. Not cheerleaders.