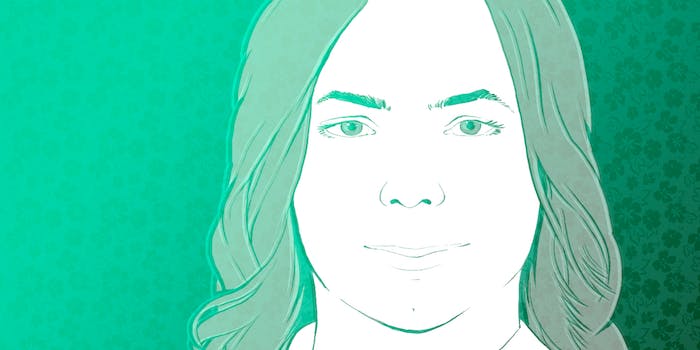 'No whistleblower in American history has been sentenced this harshly.'

Nearly three years ago, a military judge sentenced former U.S. Army Private First Class Chelsea Manning to 35 years in prison. Manning not only broke the record for leaking the largest cache of sensitive government documents in U.S. history, but she was handed the longest prison term for doing so. On Wednesday, her attorneys filed an appeal calling for her prison term to be reduced to 10 years.

“No whistleblower in American history has been sentenced this harshly,” reads the unclassified portion of the 250-page appeal, which was made public on Thursday after government sensors sifted through the materials. The appeal also says that the sentence is “perhaps the most unjust sentence in the history of the military justice system.”

“A war against whistleblowers is being waged in this country and this case represents how this country treats anyone who reveals even a single page of classified information,” attorney Nancy Hollander, lead counsel for the Chelsea Manning Legal Defense team, said in a statement. “We need brave individuals to hold the government accountable for its actions at home and abroad and we call upon this court to overturn the dangerous precedent of Chelsea Manning’s excessive sentencing.”

“No whistleblower in American history has been sentenced this harshly.”

Manning, now 28, currently sits in a maximum-security military prison in Fort Leavenworth, Kansas. Her appeal follows punishments for a series of prison rule violations and fighting for proper healthcare since coming out as transgender.

The saga began in 2010, when Manning leaked hundreds of thousands of sensitive government documents to WikiLeaks. Among her trove: a video of a U.S. Army Apache helicopter firing on a group of people in Iraq, including Reuters journalists, and incident reports showing that the U.S. downplayed the number of civilian casualties in the Iraq and Afghanistan wars. Her leak also included information on Guantánamo Bay detainees and diplomatic memos, which exposed vast differences between nations’ public and private stances. Once discovered to be the source of the leaks, Manning was captured in Iraq and thrown in jail, where she spent three years before conviction and sentencing.

Though acquitted in 2013 of her most serious charge—aiding the enemy—Manning was convicted of 19 charges, some of them under the Espionage Act.

Manning is the eighth person to be convicted under the Espionage Act during the Obama administration, which has charged more people under the Espionage Act than all of the other presidents combined. Government officials have condemned Manning, saying that her leak, particularly the documents’ unredacted names, put thousands of American lives in danger. But Manning’s supporters view her move as necessary, especially considering the alleged lack of transparency within the self-proclaimed “most transparent administration” in history.

“If this case stands … anyone who ever leaks a single page of classified information runs the risk of prosecution under the Espionage Act,” Manning’s attorney, Nancy Hollander, told Newsweek in 2015. “That act was meant to punish spies and saboteurs, people who act against the United States. It was never meant to prosecute whistleblowers, and this case presents a disastrous precedent that needs to be overturned.”

Army spokesperson Tatjana Christian told the Daily Dot in an email that the Army is committed to “ensuring the case’s fairness and impartiality.”

“As legal action is ongoing,” Christian said, “we continue to maintain careful respect for the military-judicial process, the rights of the accused, and ensuring the case’s fairness and impartiality.”

A series of organizations filed briefs concurrently with Manning’s appeal on Wednesday, but the entire collection was not made available until Thursday. In the American Civil Liberties Union’s filing, it argued that Manning’s sentence under the Espionage Act must be overturned for two reasons. First, the ACLU argues that the Espionage Act is unconstitutionally vague because “it provides the government a tool that the First Amendment forbids: a criminal statute that allows the government to subject speakers and messages it dislikes to discriminatory prosecution.”

Second, even if the Espionage Act was determined not to be unconstitutional, the ACLU contends that the judge’s application in Manning’s case violated the First Amendment. The judge did not allow Manning to defend her reasoning for disclosure or put forth evidence to bolster the claim that the information did not harm national security, according to the civil liberties group. “The military judge therefore failed to weigh the public interest in the disclosures against the government interest in preventing them, as required by the First Amendment,” the ACLU writes.

A substantial portion of the appeal, however, focuses on the harsh treatment Manning endured during her initial detainment, particularly being held in solitary confinement. Due to this treatment, the judge credited Manning with time served plus 112 days at sentencing. In the appeal, however, Manning’s attorneys ask that if her charges aren’t dismissed entirely because of the “cruel and unusual nature of her pretrial confinement,” that she be awarded more sentencing credit. Their reasoning: “PFC Manning was in solitary confinement for approximately nine months while struggling with severe mental illness,” which they argue the judge did not take into account. During this time, the appeal notes that military doctors prescribed Manning medications for insomnia and recommended that she be placed on suicide watch.

“Chelsea was struggling with the mental and emotional effects of gender dysphoria at a time when there was little national dialogue about transgender issues, without receiving the support from the US Army to which she was entitled or the whistleblower protections that should be offered,” attorney Vincent Ward, co-counsel for the Chelsea Manning Legal Defense team, said in a statement. “We hope that this court will take her harsh treatment into account and use its jurisdiction to adjust Chelsea’s sentence fairly.”

The appeal concludes: “The military justice system is often maligned for its perceived unfairness,” concludes the attorneys’ appeal. “What these critics fail to realize is Congress has vested in this court the power to right a wrong. … [N]ow that time has passed it is clear the Army over-exaggerated the crime. Reducing the sentence to ten-years is therefore appropriate.”