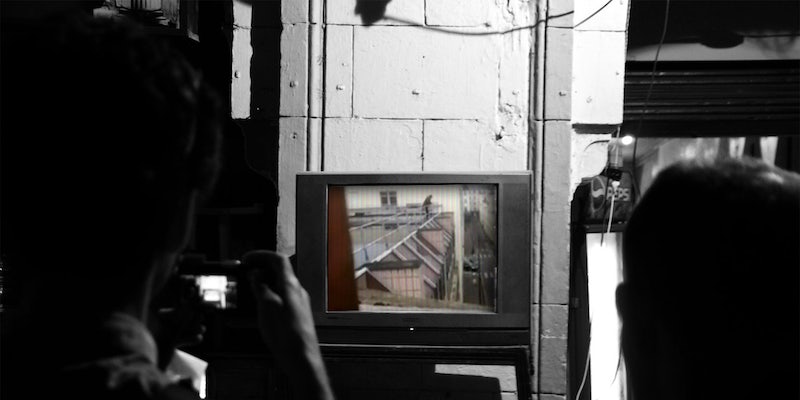 It's hard to watch.

On Wednesday, a group of terrorists stormed the Paris offices of French satire magazine Charlie Hebdo. The attack killed at least a dozen people, with eight more wounded.

A video captured from a nearby rooftop by the journalist Martin Boudot of the French news agency Premières Lignes, shows the black-clad gunmen shooting machine guns and firing rocket launchers before storming the building.

One of the gunman can be heard yelling “Allahu akbar,” an Arabic phrase meaning “God is great,” which has lead authorities to believe that the attack was the work Islamic extremists.

According to CNN, French law enforcement authorities are still currently on the hunt for the three gunmen.

Wednesday’s attack was not the first time Charlie Hebdo, which has frequently taken a sharply critical eye to hardline Muslim ideology, has been targeted by Islamic terrorists.

In 2011, the magazine’s offices were firebombed after the publication put out an issue that claimed to be “guest-edited by the Prophet Muhammad.” Six days after the bombing, the magazine fought back with a subsequent issue sporting a cover showing a bearded Muslim man passionately kissing a male Charlie Hebdo cartoonist.