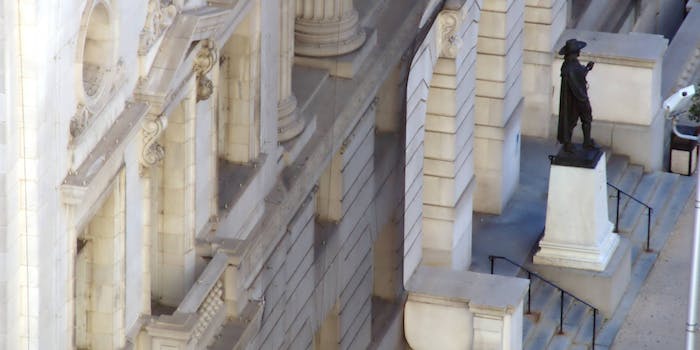 The case is now closed.

On Wednesday, prosecutors dropped all charges against the remaining three officers awaiting trial in the Freddie Gray case, ultimately ending the legal saga without a conviction.

Six officers were charged in the death of Gray, 25, who died after suffering severe spinal cord injuries in the back of the van while in police custody in April 2015. Three of the six officers charged in the case had already been acquitted.

Gray was arrested while fleeing from officers on bike patrol. He allegedly was in possession of an illegal switchblade. After getting apprehended, Gray’s wrists and legs were shackled and he was loaded into a police van without being seat-belted. Gray died a week later in the hospital following his injuries.

The trial Wednesday was meant to be a pretrial hearing for Officer Garrett Miller—the fifth officer to be tried. However, Chief Deputy State’s Attorney Michael Schatzow told the judge that prosecutors were dropping charged against Miller, William Porter, and Alicia White. Porter was scheduled to be retried in September—following a deadlocked jury against his case in December 2015—and White had been scheduled to be tried in October.

“After much thought and prayer it has become clear that without being able to work with an independent investigatory agency from the very start, without having a say in the election of whether cases proceed in front of a judge or jury, without communal oversight of police in this community, without substantive reforms to the current criminal justice system, we could try this case 100 times and cases just like it and we would still end up with the same result,” Mosby said.

Miller was charged with second-degree assault, two counts of misconduct in office and reckless endangerment. However, all six officers pleaded not guilty and claimed that Gray’s death was an accident.

“All of our clients are thrilled with what happened today, and we’ll be making a comment later to address the details of what happened,” said Catherine Flynn, Miller’s attorney, according to the Baltimore Sun.

Gray’s family received a $6.4 million settlement from the city of Baltimore following his death.

According to the Sun, the officers could still face administrative discipline.