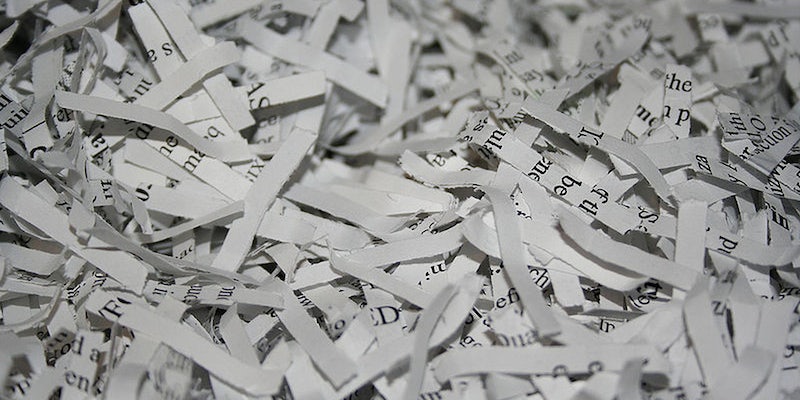 Diamonds may be forever, but your Social Security number isn't.

Equifax, the credit reporting agency, announced in early September that it suffered a severe cyberattack, exposing the personal information of some 143 million people.

Hackers behind the historic breach made off with the names, birth dates, home addresses, driver’s license numbers, and Social Security numbers of roughly a third of all Americans, who are now vulnerable to identity theft.

In short, if you have a Social Security number, there’s a good chance someone who doesn’t have your best interests at heart has access to it.

Social Security numbers are permanent, right? Well, actually, not so much.

That’s a serious problem because, within the world of identity thieves, Social Security numbers are among the most prized pieces of information. Armed with a victim’s name and Social Security number, an identity thief can open a new line of credit, apply for a home or car loan, obtain medical goods or services in the victim’s name, defraud the victim’s health insurance by getting reimbursed for medical care that never happened, or even file a fake tax return and then steal the victim’s refund.

On the online black markets, where hackers buy and sell troves of stolen personal information, Social Security numbers typically sell for far more more money than something like a credit card number or an email account and password combination. It isn’t just because Social Security numbers are like skeleton keys giving identity thieves access into a myriad of different supposedly private aspects of a victim’s life.

Well, actually, not so much.

How to qualify for a new Social Security number

In a certain limited set of circumstances, the Social Security Administration allows people to get new Social Security numbers. For anyone whose battles with identity theft have been long and difficult, getting get a new number is something that may be a solution; however, doing so comes with its own distinct set of problems.

Changing your Social Security number is possible—but not easy

Just because your Social Security number has been exposed in a hack doesn’t mean you’ll automatically be granted a new number, even upon request. The negative effects on your life have to be persistent, unfixable after multiple attempts, and have manifest themselves within the past year.

“If you have done all you can to fix the problems resulting from misuse of a Social Security number … and someone is still using it, Social Security may be able to assign a new number,” Social Security Administration spokesperson William Jarrett tells the Daily Dot in an email. “If you apply for a new number, you will need to prove your identity, age and U.S. citizenship or immigration status. You will also need to provide evidence you are having ongoing problems because of the misuse.”

Changing your Social Security number is not a guaranteed fix

Even if you are granted a new Social Security number, your problems may not instantly evaporate. Your old information is still out there, after all. “Please keep in mind that a new number may not guarantee a fresh start because other governmental agencies and private businesses will have records under your old number,” Jarrett says.

“Most people who are asking us for it have had a persistent case of identity theft where it continues to crop up over a period of time.”

Furthermore, obtaining a new Social Security number is not possible if you’re trying to fix financial woes for which you are responsible, says Jarrett. “You cannot get a new SSN to avoid the consequences of filing for bankruptcy, to avoid the law or your legal responsibility, or if there is no evidence that someone is using your number,” he says.

Eva Velasquez, president of the Identity Theft Resource Center, notes that identity-theft victims often ask her about getting a new SSN, but it’s not really a viable option for most of them. In her experience, the Social Security Administration appears to deny most people’s requests for new numbers.

While the agency doesn’t keep track of the number of applications for new Social Security numbers, only 250 were granted during all of last year.

Why victims want to change their Social Security number

The most difficult cases of identity theft to resolve are typically ones involving non-financial aspects of a person’s life. There are a fairly robust set of mechanisms in place, like credit freezes, to stop an identity thief from wreaking too much havoc on a person’s finances, but it’s much more difficult to stop medical, governmental, or criminal identity theft.

Criminal identity theft is when a thief uses a victim’s name or identity in the commission of a crime. “We’ve seen the gamut, from people finding out that they have traffic violations under their name that they weren’t aware of. We’ve also seen where someone has a felony warrant [for their arrest due to someone stealing their identity],” says Velasquez, whose organization runs a counseling service for identity-theft victims. “We even know of people who have had to deal with a person being incarcerated [due to criminal identity theft].”

Even in cases of criminal or medical identity theft—the latter of which a survey by the Ponemon Institute found took victims an average of $13,500 and 200 hours to adequately rectify—getting a new Social Security number isn’t guaranteed to make someone’s identity theft problems go away. In fact, it could create a whole new set of headaches.

Why you shouldn’t change your Social Security number

While the Social Security Administration will have a record of your new number, that change is unlikely won’t make its way across every government agency and private company using Social Security numbers of identification purposes. The IRS, your local DMV, your neighborhood bank branch, or giant insurance company could still have your name connected to your old number, which could cause problems.

An article from the Identity Theft Resource Center on changing Social Security numbers recounts the story of an identity theft victim who successfully applied for a new number, only to discover the drawbacks far outweighed the benefits.

The victim wrote that it proved difficult to secure a mortgage because the new Social Security number effectively wiped his credit history. The direct deposit system at his job got screwed up as did his medical policy and 401(k) savings plan. His car insurance rates went up, and his bank opened up a fraud investigation because of the inconsistencies in his record.

“In retrospect, it would have been better not to get new SSNs. It is always possible to prove the bad credit isn’t yours, and most companies were very sympathetic to the phone calls that you have to make each day/week/month,” the victim wrote. “It is not that easy to prove you are a good credit risk if you have no credit—no matter how much you call.”

“Fortunately for me, at the time, I had no work history and no credit cards of my own, and the thief was unable to get approved for any credit or loans. By the time I got everything cleared up, I was 22 years old, and … I had no work history or credit history at the time,” Debbie noted. “I feel that this was a definite advantage in being able to get rid of the old SSN, because I was not losing anything personal to me; I had not yet begun to build my credit. The whole ordeal lasted about two years, and I don’t know to this day how she got my information”

Social Security numbers have to simultaneously be secret and public.

Some other form of government-sanctioned, universally administered, unique identifier—one that doesn’t also double as a kind of secret password—would likely go a long way with solving the security problems inherent in Social Security numbers.

Nevertheless, for victims who have long suffered at the hands of identity thieves, getting a new Social Security may be a good, albeit temporary, stop-gap solution.