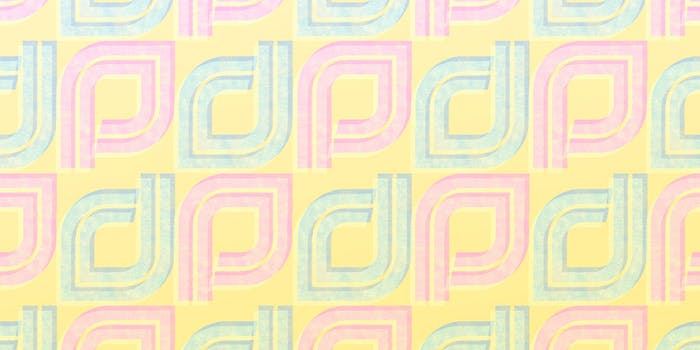 The recent shooting in Colorado has put the spotlight on the videos' creators.

Police have yet to confirm whether this is what suspected shooter Robert Lewis Dear Jr. told them, according to the Washington Post and NBC News, after arresting him for killing three people and wounded nine others at a Colorado Springs Planned Parenthood clinic.

But if Dear did say “No more baby parts,” his comment is strikingly similar to the language put forth by the group Center for Medical Progress, which issued a series of doctored, “undercover” videos that painted Planned Parenthood as being in the business of “selling” fetal tissue. The videos sparked state and federal investigations into the organization’s fetal tissue donation program.

Despite the CMP videos having been routinely debunked, and those having uncovered no evidence of illegal sales or other wrongdoing, congressional hearings and attempts to defund Planned Parenthood have brought months of attention to the largest women’s medical provider in the United States.

But in light of the latest shooting, the spotlight has also turned on the Center for Medical Progress—rightly or wrongly, depending on your views about free speech. The group has explicitly condemned the Colorado Springs shooting and other acts of violence against abortion providers. Decades ago, however, the disconnect between a member of CMP’s board, his other anti-abortion advocacy organization, and anti-abortion terrorism was far less clear.

Troy Newman, one of three board members of the Center for Medical Progress, is the president of longstanding anti-abortion clinic-blockade group Operation Rescue. In the 1990s, according to Operation Rescue’s own historical telling, Newman was sued multiple times by Planned Parenthood and the Department of Justice for violating the FACE (Freedom of Access to Clinic Entrances) Act and for “efforts to use legal means to focus the media’s attention on the illegal acts of the abortion industry.”

It was under Newman’s leadership that Operation Rescue moved its headquarters to Wichita, Kansas, in 2002, where the group began a campaign of constant harassment of local abortion provider Dr. George Tiller. Newman attempted to ensnare Tiller—whom Operation Rescue dubbed “Tiller the Killer“—in court appearances, filing multiple legal complaints against him that resulted in two grand jury investigations. According to Operation Rescue, the group’s efforts led to Tiller’s announcement in 2009 that he would be forced to retire. The doctor had already been shot in both arms in 1993 (two years after Newman’s group descended on his clinic for a six-week occupation they called the Summer of Mercy), and his clinic had been firebombed in the 1980s.

Just after Tiller was found not guilty of a series of charges related to an alleged failure to consult with a second doctor who was unaffiliated with his practice, he was assassinated by a prominent anti-abortion extremist named Scott Roeder. On the dashboard of Roeder’s car, police found a slip of paper with the cellphone number of Operation Rescue’s senior policy advisor, Cheryl Sullenger.

In a statement posted to its website, Operation Rescue said, “All accusations, implications, or inferences that there was any involvement by Operation Rescue in the death of George Tiller is completely false.” The statement further “denounces violence in any form as a means of ending abortion.”

According to an investigation by RH Reality Check, a publication that focuses on reproductive health and rights, Sullenger—who served a prison sentence for attempting to bomb a women’s health clinic in San Diego in 1988—remains the senior policy advisor at Operation Rescue. A Ms. Magazine investigation from 2010 found evidence that Roeder had met with Newman, who allegedly told the would-be gunman over lunch that “it would not upset him if an abortion provider were to be murdered.”

Operation Rescue long ago branded itself as a nonviolent organization. Its website has a page titled “Operation Rescue’s nonviolent history is a matter of public record.” On the page, the group decries the “numerous news articles accusing Troy Newman of advocating violence against abortion providers,” accuses the Australian government of being radically pro-abortion for denying Newman’s visa due to concerns about his violent ties, and says that Sullenger feels “remorse” for her part in the San Diego clinic bombing.

On Friday, Newman and Operation Rescue released a statement condemning the terrorist attack on the Colorado Springs Planned Parenthood and called for followers to pray and to tweet using the hashtag #AllLivesMatter.

“Operation Rescue unequivocally deplores and denounces all violence at abortion clinics and has a long history of working through peaceful channels to advocate on behalf of women and their babies,” Newman said in the statement. “We express deep concern for everyone involved and are praying for the safety of those at the Planned Parenthood office and for law enforcement personnel. We pray this tragic situation can be quickly resolved without further injury to anyone.”

Operation Rescue has also issued a series of press releases timed to accompany each CMP video, and in many of them Newman uses inflammatory language that compares Planned Parenthood staff with “Nazi doctors during World War II.” His group has also helped organize protests at Planned Parenthood in over 300 cities.

In a cellphone video released by Newman and Sullenger in August, Newman encourages followers to #ProtestPP and says “they sell baby body parts” as well as referring to the CMP videos as “ours.”

In the video, Newman applauds the congressional efforts to defund Planned Parenthood and tells followers to “keep it up until we defund them, prosecute them, and put them out of business.”

CMP did not respond to our request for comment.