You’ve heard of a burner phone, but now is the new era of the burner app. A handful of apps have set out to make phone numbers as disposable as email addresses by providing additional, temporary numbers that can be used on an existing phone.

While they aren’t implicitly suggesting they be used for anything obscene or illicit, they are ideal for exactly those purposes.

There are legitimate reasons (re: non-drug trade reasons) for requiring anonymity or privacy in communication and most apps in the market try to hit on those talking points: Speaking with work clients, dating, buying and selling on Craigslist, and so on.

The U.K. service Swytch, which allows users to maintain multiple phone numbers on a single SIM, has its sights set on the business crowd. Cofounder and CEO Chris Michael said Swytch is for a variety of user cases including “Separation of work and personal communications” and “businesses based abroad that have clients/suppliers in the U.K. or U.S.”

“… What they do with these numbers will be no different [than if] they had multiple devices.”

But if users opt to download an app with the intent to do something illegal or unethical or just kind of gross, is the company behind the platform at fault? Michael admits there’s not much he can do about how his service is used.

“We cannot control the use of Swytch any more than any other service provider,” he said.

“We obviously considered the purposes that our service could be used for but realistically there’s nothing different to using our service than using a traditional mobile phone, we just enable users to have lots of numbers on one phone rather than having multiple devices—what they do with these numbers will be no different to when they had multiple devices.”

Burner, another temporary number provider that regularly sits high in the iOS App Store’s utilities section, just updated its service to add multimedia messaging support. Users will be able to send and receive photos and videos from the throw-away account. The startup behind the app, Ad Hoc Labs, was infused with $2 million from a new round of investors last year.

Because Burner and Swytch both operate atop of an existing carrier, the privacy they provide are for user-to-user communication. Neither are great options if you’re trying to avoid the eye of big brother. But the eye of a nosy significant other, well…

According to a survey from Victoria Millain conducted in April 2014, a website for married people looking for a side relationship, 83 percent of people who cheat make contact with their side fling via smartphone. 31 percent used prepaid smartphones and 11 percent carried a secondary SIM card for contacting their lovers. Temporary number apps can eliminate the need for those additional steps.

Another survey released by the site earlier this month found that 83 percent of those surveyed feared their data would wind up in the wrong hands, and 72 percent preferred to contact their lover in a more discreet way.

There have long been apps that embrace the depths of nefarity. Services like Ashley Madison (reviewed here), help users into the murky waters of adulterous sexts and Snaps. “Want to cheat on your spouse?” It asks. “Sweet! We want that, too.”

Michael refutes the idea that Swytch enables cheaters. “We’re not assisting people cheating on their partner and just because they can have an additional number on their existing phone it doesn’t mean that they’re more likely to cheat than before… If they really wanted to hide their activities they’d use a second phone which they’d keep hidden.”

The iron-clad cousin to Burner and Swytch, CoverMe, is willing to posture itself as a means of protection against all forms of invasion. It offers end-to-end encryption for conversations between CoverMe users, including calls and texts made over phone numbers provided by the company. 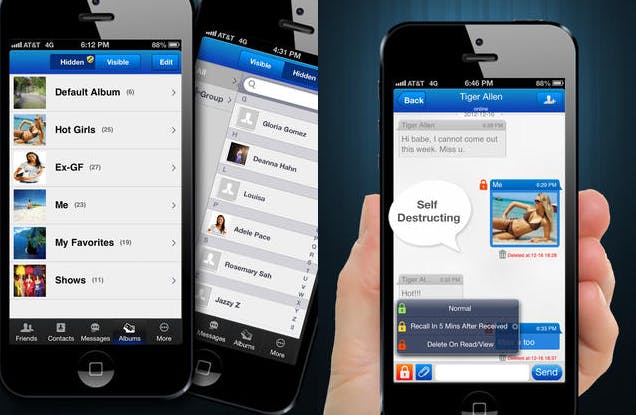 “We don’t think ‘burner number’ is an appropriate name for CoverMe private phone numbers,” CEO and founder Steve Wei told me, positing instead that “CoverMe is actually providing a secure virtual phone system.”

CoverMe has a robust set of features. More than just a disposable number, the app essentially partitions the phone—dropping a password-protected curtain between actions on a public stage and ones behind the scenes. It even offers a decoy password, which the site describes as “a separate password to allow you to maintain a visible set of contacts and messages etc. that you don’t mind others seeing.” Everything meant to stay under wraps—contacts, communications, photos—goes in an encrypted and password protected personal vault.

“We don’t and cannot judge what is good or bad.”

It’s made CoverMe a go-to option for those with something to hide. I asked Wei about the possibility that his app was being used for illicit purposes, to which he told me, “We don’t and cannot judge what is good or bad. CoverMe is simply a messenger app like WhatsApp, Viber, Snapchat, and Facebook Messenger. Everybody can use a communication tool for any purposes.” Fair enough.

“When we are designing this product, we don’t think about who is going to use CoverMe,” he added.

Wei later sent me four slides from the business plan for CoverMe, including one titled “Security and Privacy Challenges.” The slide lists “prying eyes,” “broken relationships,” and a nondescript “incidents” as three of the largest challenges of open communications. 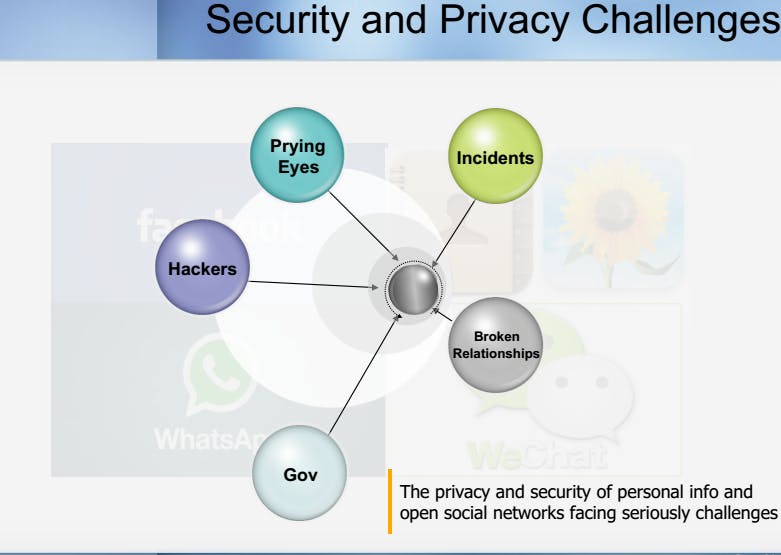 Being able to switch over to a phone number unaffiliated with your actual identity gives cover to all kinds of possibilities. Some of them are great—Wei immediately pointed to his product being used by journalists as a way to protect communications with a sensitive source.

But protection also invites people who want to abuse it. Prank calls, trolling, casual encounters, infidelities, and the like become more feasible. In a world where swatting is an actual thing that people do, having the cover of a fake number makes the fear of consequence nearly nonexistent.

Likewise, scammers and spammers are given new life by fake numbers. Burner numbers provide an easy work-around for services that require a phone number to authenticate identities. Burner even provides a Google Chrome extension to make it easier to fill out forms with your temporary number.

Michael doesn’t believe this will be a problem for Swytch. “Spamming out from our numbers is going to be difficult (and expensive compared to bulk SMS services). There isn’t an API for people to link to in order to send bulk messages or calls, it has to be done from a handset in much the same way as traditional messaging and calls.”

He also said, “To be clear, we’re not providing users anonymity… We could close anybody’s account who is abusing our [Acceptable Use Policy] and of course we are under the same legal requirements as any other network or service operator.”

Within Swytch’s privacy policy it says, “We will collect and use of personal information solely with the objective of fulfilling those purposes specified by us and for other compatible purposes, unless we obtain the consent of the individual concerned or as required by law.”

Legal concerns have been a part of Burner’s existence from inception. Burner’s privacy policy states, “Backup copies of this data are not immediately deleted, however, and some aspects of user history are maintained for longer periods of time so that we can reconcile our records and manage our business.”

It is also acknowledge in the app’s terms of service that it may “preserve content and may also disclose conversations, texts or other content (including but not limited to call logs and phone number records) if required to do so by law.” Ad Hoc Labs does offer assurance that it will attempt to notify users of any monitoring when possible. 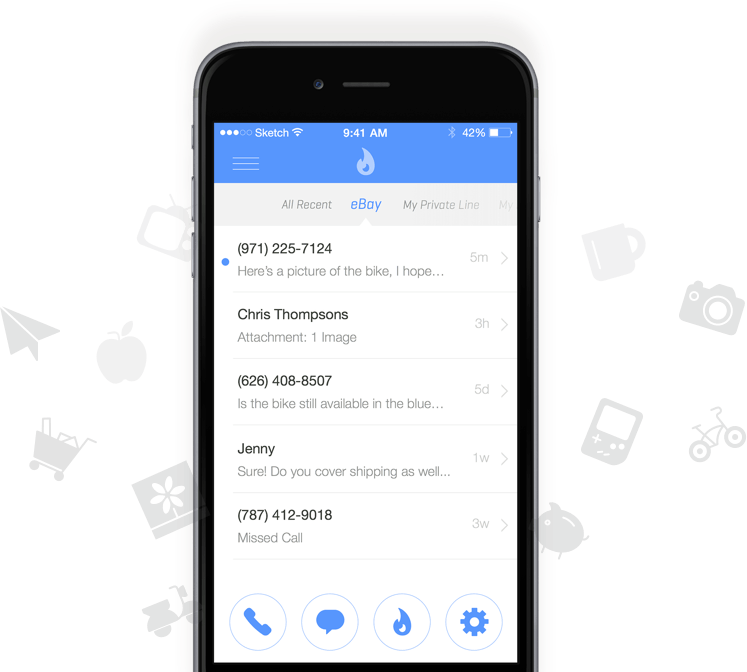 Steven Wei insists that “calls and texts between two CoverMe users are end-to-end encrypted. We don’t have any records of them.” He also clarified, “For billing purpose, call logs (metadata only) are kept for seven days. We do not keep any SMS logs.”

CoverMe’s Terms of Service of course state that illegal or abusive activity can get your account axed and get you referred to law enforcement.

However, Wei told me via email, “So far, we have not terminated any accounts. Actually, terminating an account is not useful for a truly anonymous app like CoverMe. The person whose account was terminated can quickly recreate an account. And we have no data to know two accounts belong to the same person.”

There is the possibility that these apps aren’t being used for illicit means as much as we think. According to “Sex, Lies, or Kittens? Investigating the Use of Snapchat’s Self-Destructing Messages,” a survey on Snapchat usage conducted by members of University of Washington and Seattle Pacific University, only 1.6 percent of respondents reported using Snapchat primarily for sexting. 14.2 percent admitted to sending any sexual material and 23.6 percent claimed to have sent sexual content as a joke.

Of course app developers might not care what we do with their apps. They would prefer to not know, if possible. These app-makers have a see no evil, hear no evil, speak no evil policy. It’s a design to protect both end users and themselves.

Whether we are OK with it seems to be a bigger question, and one without an answer. Apps that provide any degree of anonymity will be abused, and the stronger those protections, the more illicit the possible abuses. So at some point we’ll have to decide: Are anonymity-minded app-makers enabling babysitters, or simply service providers? Either way, they aren’t going anywhere.