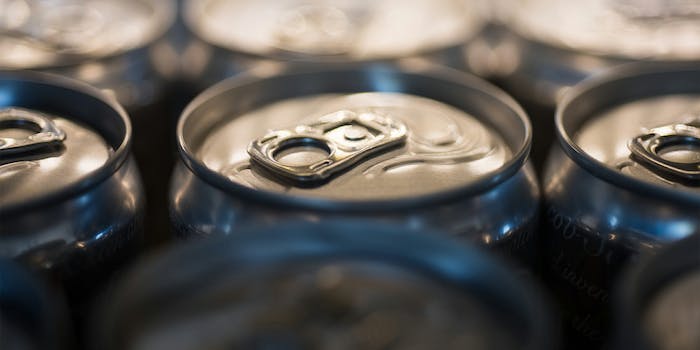 A theoretical tax on Bud Light has infuriated conservatives

They aren't taking it well.

Depending on where you live, a six-pack of Bud Light is unlikely to run you over $8.

It’s one of the cheaper beers out there, and it’s so relatively inexpensive that if the price went up by 50 cents, you’d both be unlikely to notice it or have it dramatically alter your decision to buy some.

Unless you’re a group of extremely online conservatives frothing to jump on any infringement on your God-given rights, even if they are just hypotheticals posited by news outlets suggesting a minor tax increase on alcohol as a way to save lives.

There are a lots of examples of the left being the new Puritans. This is just the latest one. Eat shit, vox https://t.co/mlZFIDQMbk

It’s long been known that a tax on alcohol would have a positive effect on public health. Alcohol kills Americans at an alarming rate, and previous tax increases—such as mild price increase on alcohol in Illinois—have been effective at reducing deaths from drunk driving.

But when Vox published an article on Thursday about how a tax increase could prevent deaths, conservatives on Twitter flipped out.

“The literature is really overwhelming,” Alex Wagenaar, a researcher at Emory University who’s studied alcohol policy for years, told me. “The tax influences how much people buy and how much people drink, and that ripples then through to the burden of alcohol-related disease and injury on our society.”

Yet it sparked rage online, perceived as a Puritanical, progressive, socialist left attempting to infringe on these Twitter users’ alcohol consumption.

“Progressivism: Trying to stop some people from hurting themselves by making everything worse for everyone,” user Matt Clover wrote on Twitter.

As long as you have these types of democrats, you’ll never be without a momma and a daddy. https://t.co/wjIRmLL11O

If you increase it by 10 dollars, you would save thousands more. Why does Vox want to let those people die? https://t.co/GUFwxmPaVI

I have a better idea-tax the ever loving shit out of progressives, liberals & socialists. https://t.co/6mWmbdS1ZZ

The response isn’t unexpected. In fact, it’s a microcosm of how we respond to a great number of societal ills.

Anytime someone proposes a solution for a problem plaguing society (drunk driving, gun violence) that requires the willful input of people who believe their individual behaviors aren’t part of the problem at large, they tend to flip out.  Because that would be socialism or something.