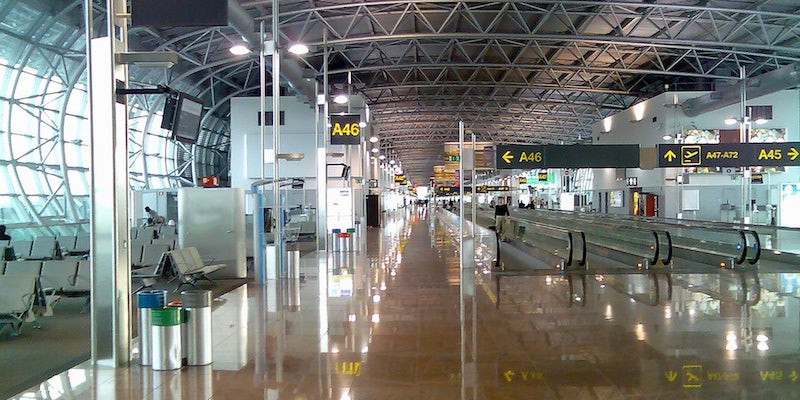 Dozens dead, more than 200 injured in bombings at Brussels airport and metro station

At least 31 people have been killed and more than 200 injured after three explosions rocked Brussels on Tuesday morning.

At 8am local time, two loud explosions were heard in the departure lounge of Zavantem airport just outside the Belgium capital. About an hour later, another explosion took place in Maelbreek metro station, which is located close to European Union headquarters in the heart of the city.

The bombs may have contained nails and other materials to increase damage, according to local reports.

At least 20 people had been reported dead and up to 130 injured in the Maelbreek metro attack. Another 11 reportedly died in the Zavantem airport bombing, and as many as 92 suffered injuries, according to Maggie de Block, the Belgian health minister. Those numbers have since risen and may continue to rise throughout the day.

Photos and video from both locations show people fleeing the scene, often injured and covered in dust from the explosions.

Zavantem airport has been closed, Eurostar has halted all trains through the Channel Tunnel, and nearby countries are strengthening their border security. The U.K. is increasing its police presence at major transport hubs and airports, while France is set to deploy 1,600 extra police at its borders.

This was the scene a short while ago, between the Arts-Lois and Maelbeek metro stations in Brussels. pic.twitter.com/aTZjqsF7Gt

Contrary to initial reports, the Belgian royal palace has not been evacuated.

Facebook has activated its Safety Check tool for Brussels locals, a feature that allows people to publicly “check in” and notify their friends and family that they’re safe and sound. Originally created for natural disasters like tsunamis, Facebook modified the tool for use during the chaos of the Paris attacks last year.

In a public address, Belgian Prime Minister Charles Michel called for “calm and solidarity,” mourning the “tragic moment” of the two bombings. In the same press conference, he described the Zavantem attack as a suicide bombing.

The bombings come four days after authorities captured Salah Abdeslam, a major suspect in the November 2015 Paris attacks, after a shootout in Brussels.

Update 9am CT/3pm Brussels local time, March 22: American Airlines says that, despite earlier reports to the contrary, the bombing at the Brussels airport did not take place in front of one of its ticket counters.

Mayor de Blasio: “NYPD is on increased alert across our city. While we take this threat seriously, we will not live in fear. Our lives will continue today in honor of those lost to terrorism. Securing New York City is our show of solidarity with the people of Brussels and the victims of terrorism worldwide.”

Update 11:07am CT, 5:07pm Brussels local time, March 22: The Islamic State has claimed responsibility for the attacks, saying in a statement that multiple suicide bombers carried out the massacres with “explosive belts and devices.”