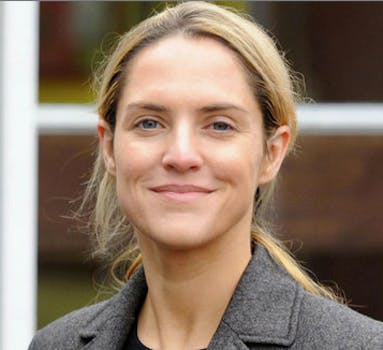 Mensch wants to create a forum for political discussion without trolls and off-topic tweets. But will anyone use it?

Twitter clones come and go every day, but U.K. Member of Parliament Louise Mensch thinks hers might have the chutzpah to stick around.

Her new site, Menshn, aspires to be a more topical, consistent competitor to Twitter.

The move may come as a surprise to the 60,000 people who follow @LouiseMensch on Twitter. Her follower count puts her in the top ten most influential MPs. However, Mensch told the Guardian that she has begun to find Twitter “frustrating” due to the waves of trolling and off-topic tweets she receives on a daily basis.

Mensch is launching the site as a joint effort with her business partner, Luke Bozier, a former political advisor Labour Party. Bozier told the Guardian:

“We were both frustrated at the way Twitter doesn’t focus on topics. We both love Twitter, but if you want to focus on the election there’s no obvious place to do that online. Twitter is just too random. We wanted to encourage people to have conversations rather than broadcast their thoughts.”

The Tory member of Parliament may be conservative in her politics, but her namesake Twitter rival offers some liberal additions to microblogging as we know it. The site will allow up to an 180 character limit, up from Twitter’s 140. New users will automatically follow 100 accounts that Mensch deems highly influential.

Most radically, the site will only permit discussion on three topics. Users can choose between discussing the Barack Obama campaign, the Mitt Romney campaign, and the U.S. election. (Though Mensch is a U.K. politician, the site will debut in the U.S. only.)

Now the site’s success hedges on whether or not potential users will take it seriously. So far, that hasn’t been the case. The site has inspired a trending topic, #MPstartups, in which Twitter users are inventing absurd business plans for parliament members to launch.

The Daily Dot has requested a Menshn membership, but so far has received no response.