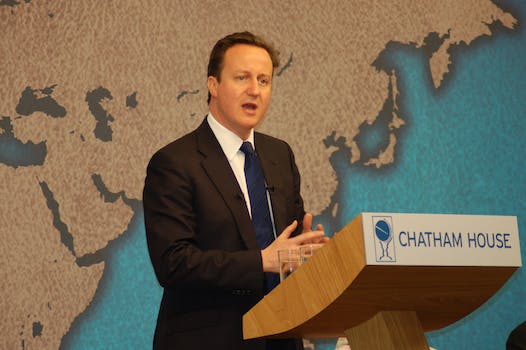 The British prime minister wants to make sure the government can access citizens' Internet history.

The snooper’s charter, officially known as the Communications Data Bill, would force Internet service providers and phone companies to retain customer data, which could then be turned over to the government and police.

The program would consist of keeping records of citizens’ Internet browsing history, emails, phone calls and text messages, but could end up going much further. After the January Charlie Hebdo attacks, Prime Minister David Cameron suggested that security should be tightened by blocking access to encrypted communications, including messaging apps like Snapchat, iMessage and Whatsapp.

Essentially, the prime minister wants every British communication to be accessible to government security services, an idea that was met with vocal criticism from privacy advocates. However, Cameron will find this pushback easier to ignore once he fulfills his election promise to abolish the Human Rights Act, which protects the right to privacy.

Human rights campaigners are already demanding that the snooper’s charter be dropped, a push supported by organizations like the Open Rights Group, Privacy International, and Liberty.

Over 100 people have joined since Friday, to help us fight Theresa May's new #SnoopersCharter—join now! https://t.co/9VUG7zi541

The Tories idea of "financial sensibility" is apparently spending £2billion to spy on us. Lovely. #OpposeCDB #DotDotDotDash

If you've still not signed my petition to #OpposeCDB which furthers Mass Surveillance, sign and share it! https://t.co/rb4lP5dNJa

Photo via Chatham House/Wikimedia (CC BY 2.0)