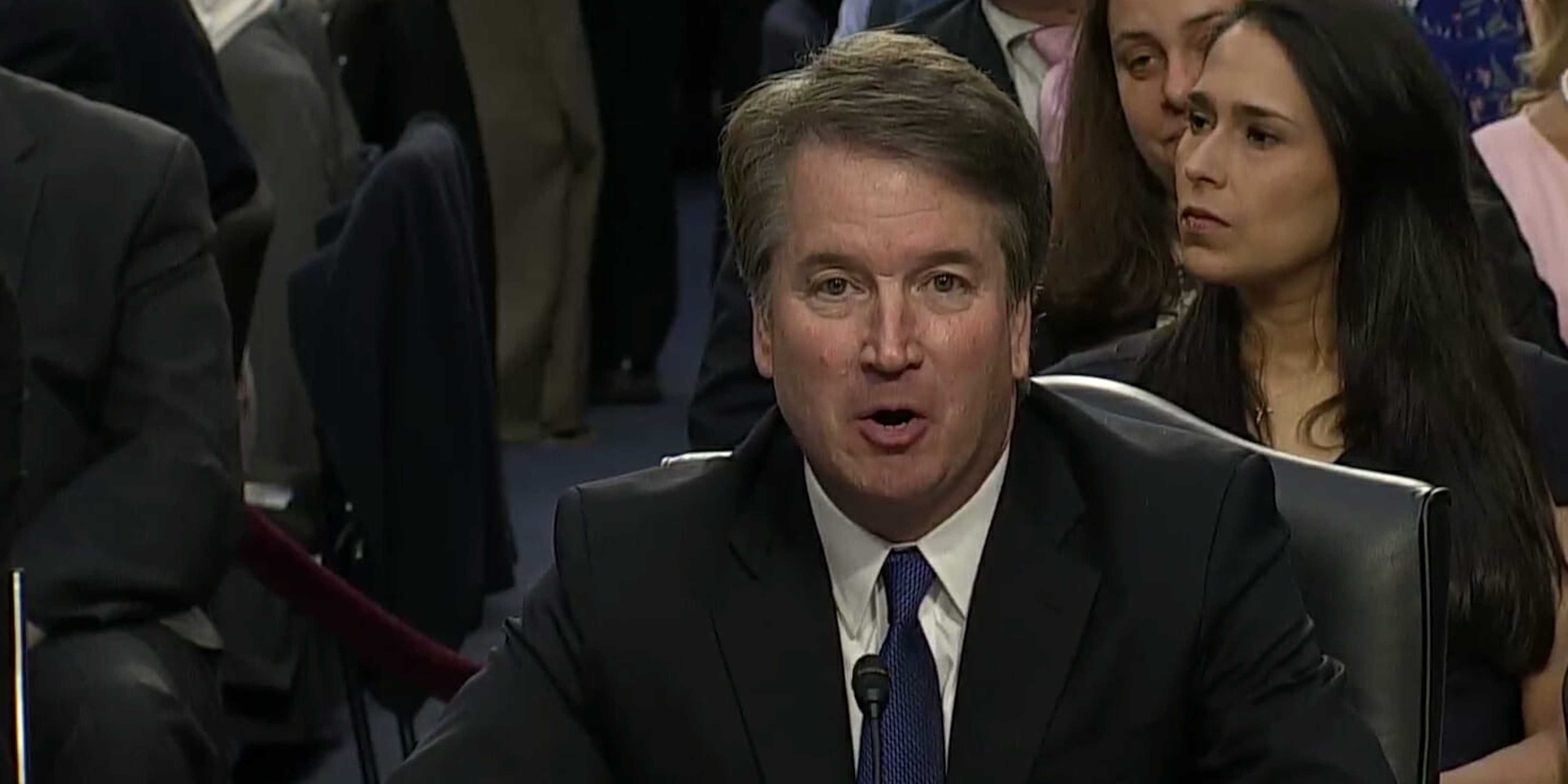 Ford says Brett Kavanaugh sexually assaulted her when they were both high school students.

Christine Blasey Ford, the woman who alerted Congress to allegations of sexual assault against Brett Kavanaugh in a confidential letter earlier this summer, has come forward to share details of the incident, the Washington Post reported Sunday.

Ford, 51, identified herself as the writer of a letter alleging that Brett Kavanaugh sexually assaulted her when they were both prep school students in the Washington, D.C. area in the early 1980s.

The allegations became public last Wednesday. Ford sent a letter detailing her alleged encounter with Kavanaugh to Sen. Dianne Feinstein (D-Calif.) in late July through her Congresswoman Anna Eshoo’s office, with the understanding that her story would remain confidential.

The information was leaked, and Feinstein addressed the letter and the allegations it contained in response to a story about the letter in The Intercept.

“I have received information from an individual concerning the nomination of Brett Kavanaugh to the Supreme Court,” Feinstein said in a statement. “That individual strongly requested confidentiality, declined to come forward or press the matter further, and I have honored that decision. I have, however, referred the matter to federal investigative authorities.”

Ford had retained the services of Debra Katz, a Washington-area attorney who specializes in sexual assault cases and who advised Ford to get a polygraph test, which she passed. But, feeling that the emotional turmoil would be too great and would have little effect on the nomination, Ford initially declined to go forward.

A redacted version of the letter was given to New Yorker reporters Jane Mayer and Ronan Farrow, but Ford was not named in the piece.

After reporters started showing up at her house and calling her colleagues at Palo Alto University, where she teaches clinical psychology, Ford was forced to share her story publicly.

“Now I feel like my civic responsibility is outweighing my anguish and terror about retaliation,” Ford told the Post.

Ford said she never discussed the incident with anyone until 2012, during a couple’s therapy session with her husband, Russell Ford. The therapist provided notes from that session to the Washington Post. They don’t name Kavanaugh, but do corroborate Ford’s story. Notes from a later individual therapy session describe a rape attempt when Ford was in her teens.

Ford told the Post that she recalled being at a party with Kavanaugh in the summer of 1982, when she was 15 and Kavanaugh was 17. She recalls him being extremely intoxicated and pinning her down on a bed, grinding against her, attempting to take off her clothes, and covering her mouth so she couldn’t scream. She said managed to escape when Kavanaugh’s friend, Mark Judge, jumped on top of them.

Kavanaugh has denied that the incident ever took place, saying, “I categorically and unequivocally deny this allegation. I did not do this back in high school or at any time.” Senate Judiciary Committee Chairman Charles Grassley released a letter signed by 65 women who knew him when he was a high school student at Georgetown Prep.

“Through the more than 35 years we have known him, Brett has stood out for his friendship, character, and integrity,” the letter said. “In particular, he has always treated women with decency and respect. That was true when he was in high school, and it has remained true to this day.”