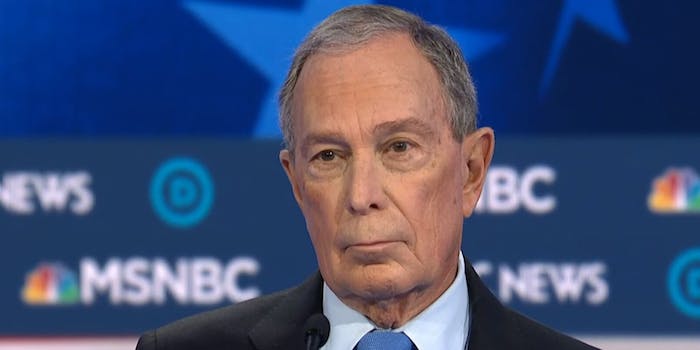 The New York billionaire was upset that he wasn't getting more time to speak.

Former New York mayor Mike Bloomberg questioned whether he was “chicken liver” on Wednesday during the Democratic debate.

The billionaire was overheard uttering the phrase while attempting to catch the attention of the debate’s moderators.

The comment was immediately noticed by users on Twitter, who at first weren’t sure which candidate made the remark.

Everyone from Sen. Amy Klobuchar (D-Minn.) to former South Bend Mayor Pete Buttigieg was accused of being behind the phrase.

When the mystery was finally solved, users poked fun at Bloomberg for what many described as “boomer” commentary.

“This has been ‘When Boomers Tell on Themselves,'” @Shens7 said.

The chicken liver memes were soon to follow, although some of them incorrectly attributed the quote to Biden.

But perhaps one of the biggest complaints was the fact that Bloomberg doesn’t even seem to have gotten the idiom correct. The phrase is actually “What Am I, Chopped Liver?”

To be fair, that chopped liver could be from a chicken.

Either way, Bloomberg did get chopped up by his fellow candidates on everything from his demeaning comments towards women to his support of former President George W. Bush.