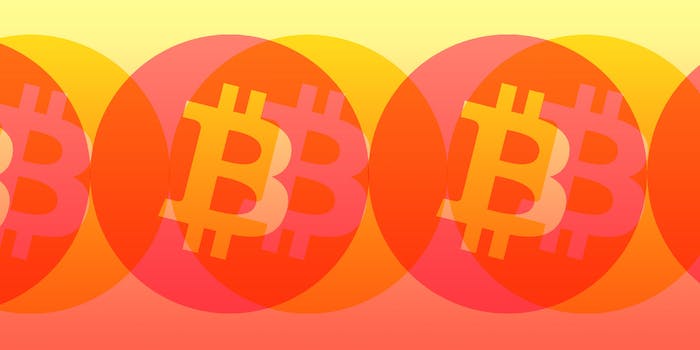 Why this court case could determine the future of Bitcoin

You can't be convicted of money-laundering if Bitcoin isn't considered money.

The fate of a Florida man accused of laundering $1,500 worth of Bitcoin could help determine the fate of the digital payment system itself.

Lawyers for 32-year-old Michell Espinoza, who was charged with money laundering for illegally selling $1,500 in Bitcoin to undercover officers, have argued that the charges are baseless because Bitcoin isn’t money. On Friday, Espinoza’s defense team called Barry University economics professor Charles Evans to testify to that effect. Evans described Bitcoin as “poker chips that people are willing to buy from you.”

The prosecutors allege that Espinoza illegally sold $1,500 in bitcoins to undercover offices through the site LocalBitcoins.com, which helps connect Bitcoin dealers with cash buyers. Because it’s digital and difficult to trace, Bitcoin has a long history of being used on the Dark Net for illegal transactions; the officers in the Florida case reportedly told Espinoza they were going to use the bitcoins to purchase stolen credit cards.

Prosecutors are sure to push back on Evans’ argument, given the centrality of the money-laundering law to their case. Katherine Fernandez Rundle, the state’s attorney for Miami-Dade County, said in a statement following the February 2014 arrest of Espinoza and another man that theirs “may be the first state prosecutions involving the use of Bitcoins in money laundering operations.”

If a judge accepts the defense’s argument, the court’s decision could produce a ripple effect in other states that might reach the federal level and prompt a new consideration of Bitcoin’s true nature in the United States and around the world.

Previous Bitcoin classifications by judges, police departments, and regulatory agencies reveal how important the outcome of this decision can be.

The Internal Revenue Service issued guidance to U.S. taxpayers in March 2014 explaining that Bitcoin is considered property, not currency, for federal tax purposes, dealing the technology’s backers a serious PR blow and creating new accounting challenges for everyone involved in the system.

But in December 2015, when the Securities and Exchange Commission charged two Bitcoin mining firms with operating a Ponzi scheme, it described bitcoins the way it routinely describes U.S. dollars, hinting that it may disagree with the IRS’s interpretation.

In September 2015, the Commodities and Futures Trading Commission sided with the IRS, holding that “Bitcoin and other virtual currencies are properly defined as commodities” and thus subject to its jurisdiction.

Similarly, a U.S. district judge in California ruled in a bankruptcy proceeding in February that bitcoins are a form of property. Because of that classification, the defendant in the case must now return to the plaintiff 3,000 allegedly stolen bitcoins at their appreciated value, rather than at the value they held when they were initially transferred.

Meanwhile, Australian police are planning a June auction to sell approximately $12 million worth of Bitcoin seized during a 2013 raid in Victoria, suggesting that they view the technology as property rather than money, given that money, for obvious reasons, is not auctioned off when seized.

The Congressional Research Service summarized the stakes of understanding and defining Bitcoin in an October 2015 report.

“Congress is interested in Bitcoin because of concerns about its use in illegal money transfers, concerns about its effect on the ability of the Federal Reserve to meet its objectives (of stable prices, maximum employment, and financial stability), and concerns about the protection of consumers and investors who might use Bitcoin,” the report’s authors wrote. “Bitcoin raises a number of legal and regulatory concerns, including its potential for facilitating money laundering, its treatment under federal securities law, and its status in the regulation of foreign exchange trading.”