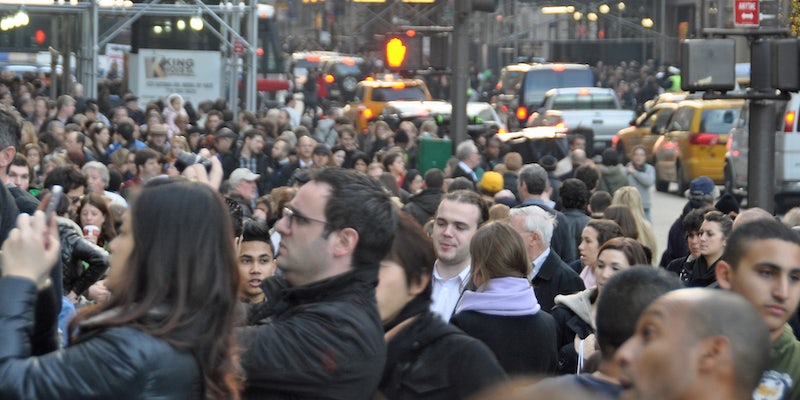 These retailers are clamoring for your bitcoins on Black Friday

Finally, an excuse to spend money after Thanksgiving.

Considering Bitcoin is surging to almost absurd new heights this year, it’s no surprise that its enthusiasts are getting in on the biggest shopping day of the year.

Black Friday is, of course, the day after Thanksgiving and the traditional biggest shopping day of the year, with companies competing to offer the most enticing discounts. This year’s digital currency-themed companion event should go a long way toward addressing the concern that there aren’t that many places in the U.S. to spend Bitcoin.

A host of online retailers and services—19 of them, as of this writing—are offering deals to customers who pay with Bitcoin that day. Domain hosting service Namecheap, which often positions itself as an Internet freedom-friendly alternative to GoDaddy, is offering rolling deals as the day progresses. Private Internet Access, a company that provides Virtual Private Networks to hide your online tracks, is offering a 20 percent discount. Similar deals are available for shaving kits, t-shirts, and even plane tickets.

Also, some weird company, trying really hard to market to your stereotypical Reddit user, is offering free shipping to anyone who uses Bitcoin that day to buy Sriracha-Bacon flavored lollipops.

All are available on the holiday’s landing page, bitcoinblackfriday.com, a partnership of Bitcoin-related groups and Internet freedom activist organization Fight For the Future.

And they don’t even tout the pseudo-holiday’s biggest advantage: If you buy online, you don’t even have to go to a store.