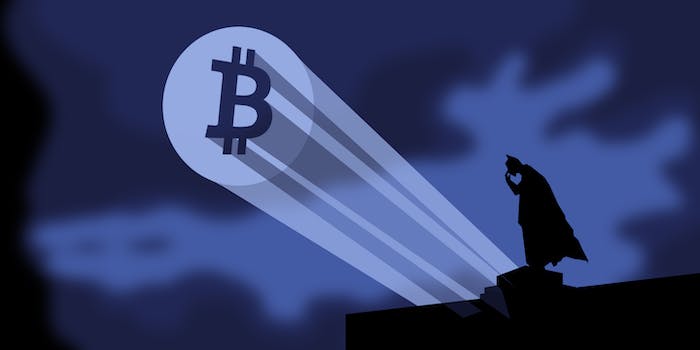 Bitcoin 2: Is it time to give Bitcoin a reboot?

Bitcoin's original aims have been compromised by regulators. Is Bitcoin 2 the solution?

Like Batman, Spider-Man, and James Bond before it, the unregulated digital currency known as Bitcoin may be getting its own gritty reboot.

Similar to the aforementioned movie characters, there’s been growing concern in recent months that Bitcoin has drifted away from its original purpose. Designed to be an untraceable, anonymous way of making purchases online, Bitcoin has come under intense scrutiny from U.S. financial regulators. As a result, changes are planned to bring Bitcoin more in line with U.S. law, and that has some Bitcoin purists looking for a new start.

Two anonymous activists recently came forward with a plan for Bitcoin 2, an offshoot of the original cryptocurrency that would go back to basics, placing the anonymity of users ahead of the urge to make financial regulators happy.

“(T)here is good reason to believe that Bitcoin could develop into a system that is a complete perversion of the original vision – a completely transparent payment system with very few points of control which has been totally absorbed by the established ﬁnancial and regulatory environment,” the authors write in their formal proposition.

The authors of this paper are most deeply concerned about upcoming changes in the 0.9 version of the Bitcoin program. In the past, merchants accepting Bitcoin as payment could only provide customers an address at which to deposit Bitcoins. But the updated version would create a Bitcoin Payment Messages system, a mechanism by which merchants can formally request payments from customers. Under this system, payments would be completed using digital certificates, owned by the merchants. These certificates would hold customer and merchant metadata linked to specific transactions.

The authors speculate that the creation of this metadata would require that merchants begin issuing receipts, as is required in most jurisdictions for the application of appropriate taxes. The authors say this would completely upend Bitcoin’s greatest draw, which is the ability to spend it like cash online, with no way of being linked back to those taking part in specific transactions.

Bitcoin, which is generated by an anonymously created computer program that exist beyond the realm of any traditional currency issuing authorities, has vexed government regulators since its creation in 2009. Because of its anonymity, it’s found a home in the web’s semi-legal and outright illegal market places. With Bitcoin’s value greatly multiplying this year, the U.S. government began to take a harder stand. In May, the Department of Homeland Security seized a U.S. bank account owned by Mt. Gox, the world’s leading Bitcoin exchange, for failing to comply with anti-money laundering and know-your-customer laws. Since then, Mt. Gox has started to require identity verification on money-to-Bitcoin exchanges.

Fearful of the direction Bitcoin is going, the Bitcoin 2 architects want to create a new protocol outside the existing system, one they claim will be “future-proof” against the kind of regulations the original Bitcoin is now facing.

But they won’t exactly be building the new system from the ground up. Their proposal calls for a “hard fork” in the existing Bitcoin program, that would let users voluntarily move their currency into the new system. Essentially, they would siphon off customers from the current system.

Bitcoin 2 is still in the idea phase though. The authors, who have chosen to stay anonymous in order to preserve the purity of their idea, would leave it to others to write the necessary code to create Bitcoin 2.

It’s a bold proposal that even the authors themselves say they expect criticism for, but to paraphrase another famous reboot, maybe Bitcoin 2 is the cryptocurrency the Internet deserves, but not the one it needs right now.