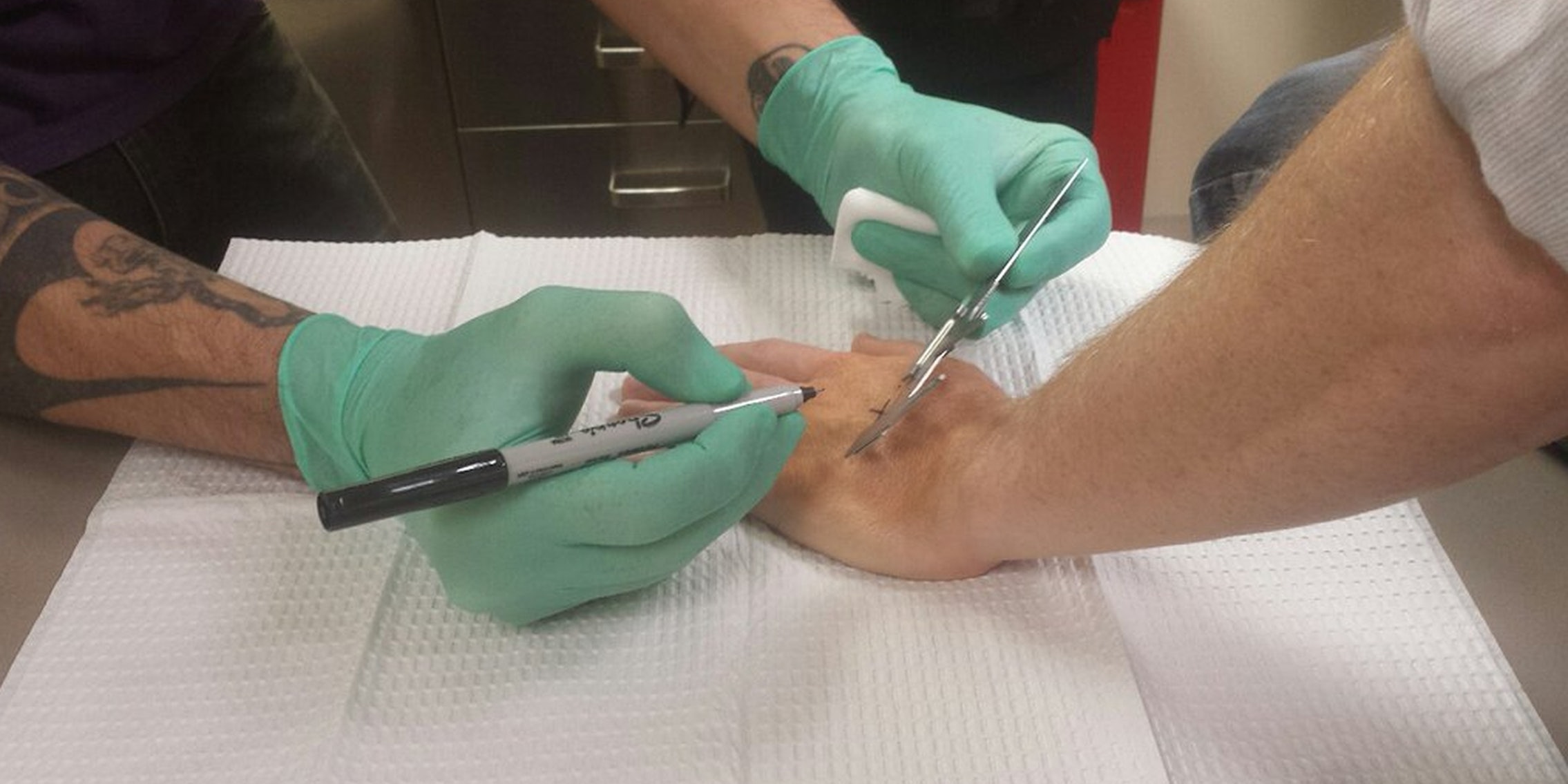 One day, this disc-shaped surgical implant could be used to control electronic devices by waving a hand.

After a few minutes of surgery and a slightly alarming quantity of blood, Jes (aka Twitter user @_BirdMachine) achieved her latest cyborg upgrade. Nestled under the skin of her left hand was a Northstar V1 device, glowing a soft red beneath the bandages.

Jes is one of the programmers for Grindhouse Wetware, an open-source startup catering to biohackers, aka people who like to modify their bodies with experimental biotechnology. On Sunday, Jes had a small, disc-shaped device surgically installed in her hand, and she documented the entire process on social media. (There’s also a video of the surgery itself, but it’s not for the fainthearted.)

As Jes explained in an email to the Daily Dot, the Northstar V1 is basically a stepping stone to future upgrades and is “primarily an aesthetic device.”

“V2, which we’re aiming to release early to mid 2016, will have all the fun bluetooth and gesture recognition tech,” she said. “The V1 simply lights up  when triggered with a magnet (the one installed in my right hand is strong enough to activate it).”

Jes, who described herself as a “grinder” (a nickname used by some biohackers), has plenty of hardware installed in her body already—five magnets, two RFID chips and one thermal chip, to be precise. The Northstar V1 is the most high-tech addition so far, opening the door for Grindhouse Wetware’s planned upgrades for gesture-recognition technology and the ability to sense magnetic north.

“Cyborg” has become an affectionate term among many people with high-tech prostheses like mind-controlled artificial limbs or bionic ears, but the recreational side of biohacking also has a lot in common with the extreme body-modification community. A device like the Northstar V1 isn’t a medical necessity by any stretch of the imagination, but it’s certainly an interesting experiment—if you’re willing to put up with some surgery to achieve your cyborg dreams.