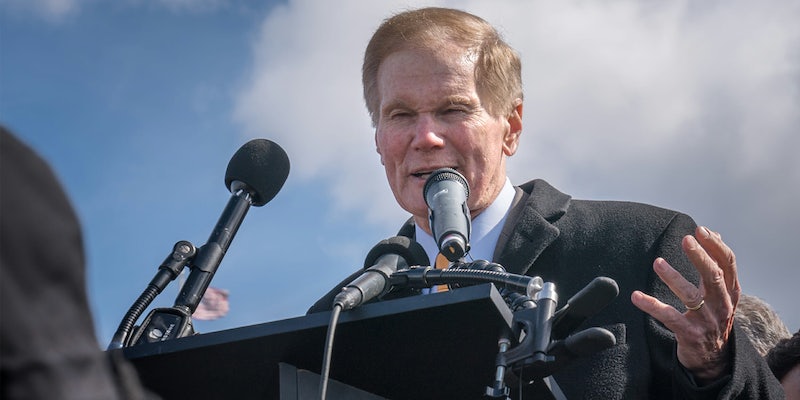 He warns the system has been compromised.

In a curious case of he said, she said, one Florida senator claims to have confidential knowledge that the state’s voter registration systems have been accessed by Russians. State elections officials, however, have not been briefed on any kind of security breach.

Sen. Bill Nelson (D) told the Tampa Bay Times, “[Russians] have already penetrated certain counties in the state and they now have free rein to move about,” but did not elaborate further, saying the additional information was classified. Nelson and Sen. Marco Rubio (R-Fla.) sent a letter to the state’s 67 county election supervisors regarding vague potential threats to its voter registration systems.

State election officials report hearing nothing of the sort from any government agencies. However, they are in the process of using federal funds to shore up election systems ahead of the upcoming 2018 midterms.

Revell said that if Nelson has more detailed information regarding election threats in the state, it should be shared with election officials.

Sen. Mark Warner (D-Va.),  the vice chairman of the Senate Intelligence Committee, corroborated the message Nelson and Rubio shared in their letter to Florida election officials. He said in a statement that “Russian activities continue to pose a threat to the security of our elections.”

The Trump administration has admitted that there is evidence that Russia is trying to interfere with U.S. midterm elections. Just last month, Facebook removed a collection of pages and accounts believed to be linked to Russia. As social media organizations deal with these actors, reports continue to come in that the voting systems of various states—such as swing state Wisconsin—are vulnerable to hacking.