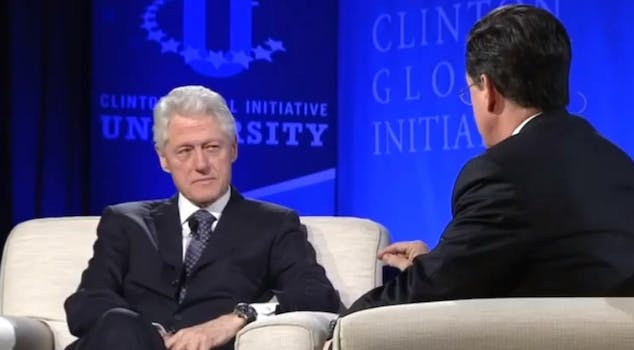 He might not be using the handle Stephen Colbert chose, but he's at least finally tweeting.

The former U.S. president has joined Twitter, though opted not to adopt the handle Colbert picked out for him two weeks ago. Colbert registered @PrezBillyJeff for Clinton and sent a tweet Clinton dictated to him.

That handle was a little too informal for Clinton, it seems, who eventually switched the handle to plain ol’ @BillClinton and started tweeting Wednesday. 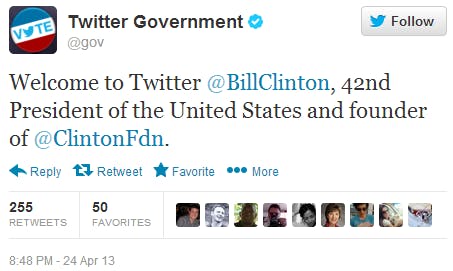 The account was quickly verified, and Clinton already has more than 288,000 followers. In his first few tweets, Clinton told Colbert he was ready to start his “Twitter lessons.” 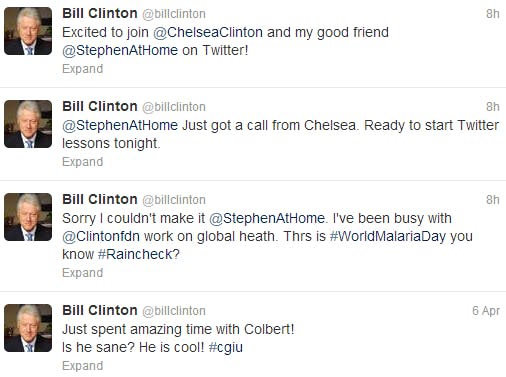 Colbert seemed pleased that Clinton decided to take the plunge, though appeared dismayed that the former president failed to turn up to his Game of Thrones party. 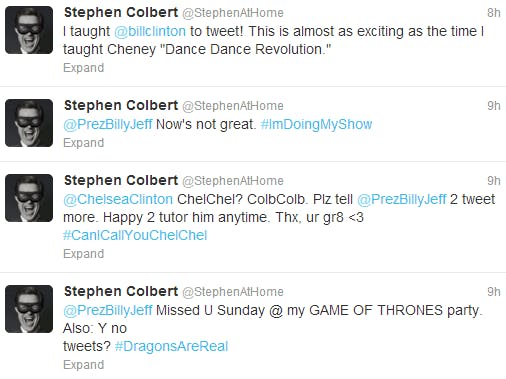 Clinton is the only living president other than incumbent Barack Obama to use Twitter. Here’s hoping Clinton won’t shy away from a Twitter fight with the likes of Jeb Bush as the 2016 presidential campaign rolls around.