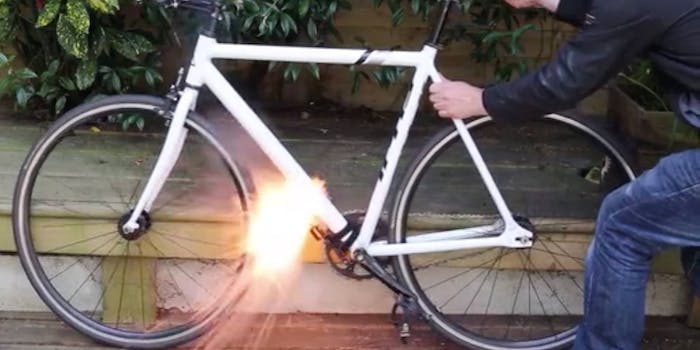 This explosive bike alarm will leave thieves running for the hills

Having a bike stolen can be a traumatic and extremely expensive experience. One inventor wants to help you avoid that, while passing off any potential trauma to a would-be thief in the process.

The Bike Mine is, according to inventor Yannick Read, the “world’s loudest alarm,” and the most foolproof way to prevent someone from stealing your bike, motorcycle, or even jet ski. As the name implies, the Bike Mine is quite literally an explosive alarm system, complete with a fiery blast and 150db of ear-crushing noise. 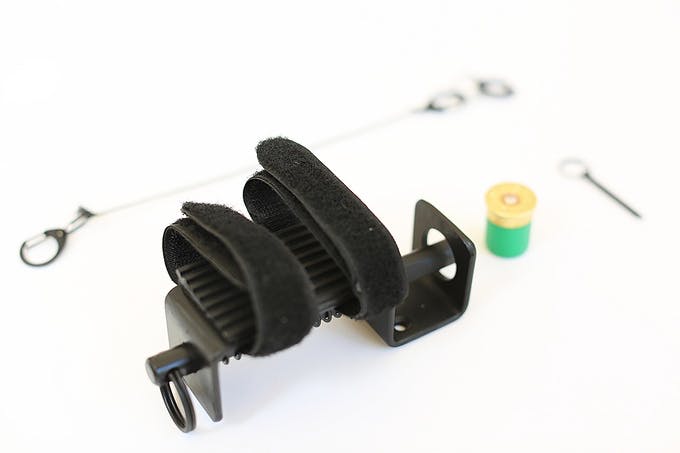 The system, which features just one moving part, is comprised of a small base unit, titanium wire, and a single “detonator.” The detonator is a saluting blank, which is a short shotgun cartridge that houses an explosive charge but no actual projectiles. When struck, the round produces an extremely loud sound and small explosion, but is otherwise harmless.

A user attaches the Bike Mine to the bike or vehicle and then secures the titanium wire to a nearby anchor, which can be pretty much any stationary object. If a thief tries to grab the bike and make away with it, the wire pulls the pin on the Bike Mine, which strikes the saluting blank and should leave the would-be robber in a state of utter confusion.

The Bike Mine is raising funding on Kickstarter, with a goal of just over $21,000 and a full 39 days left to go.