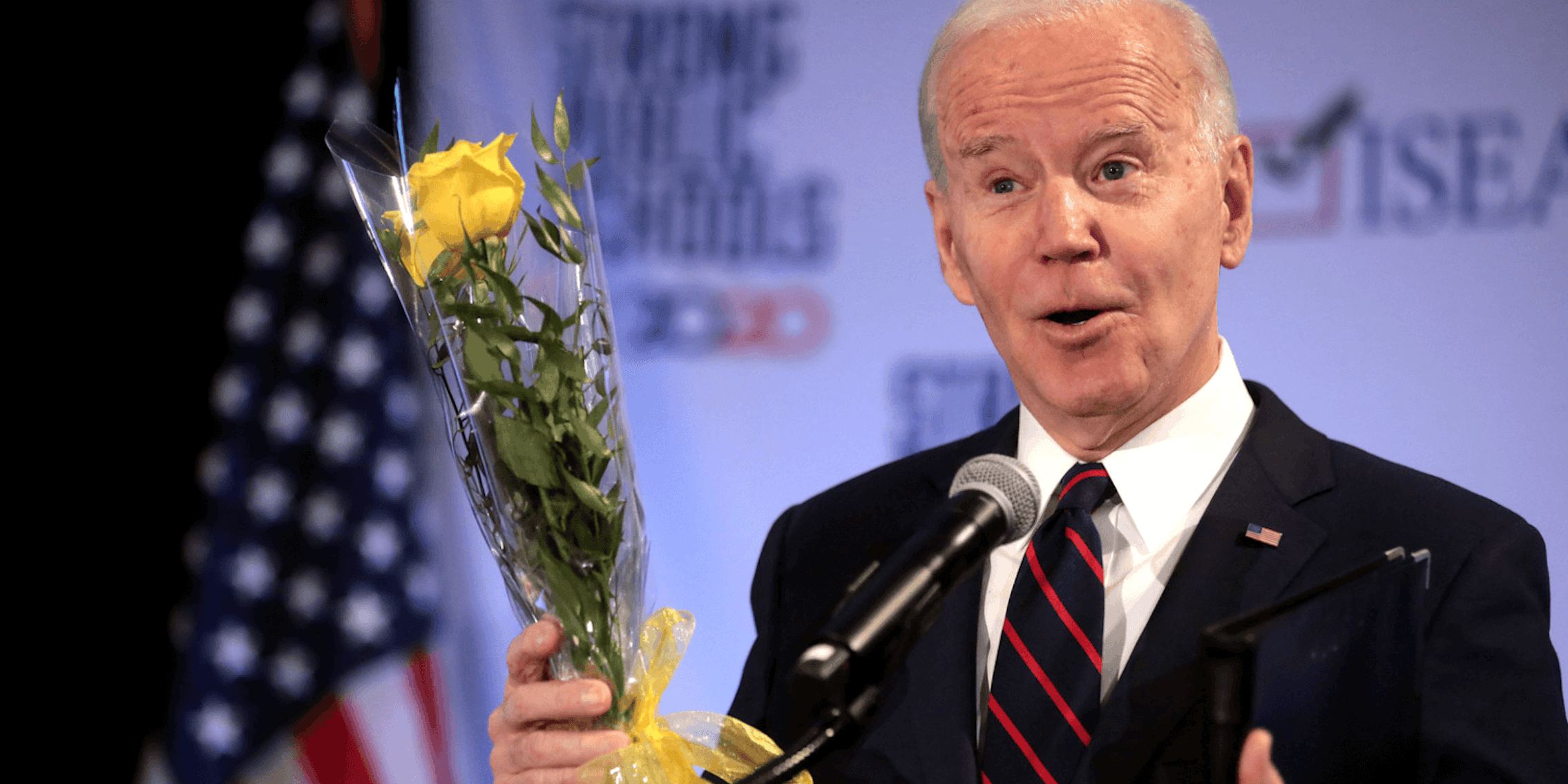 The presidential candidate wants his own vocal bros.

Can you win the social media wars if you don’t have a Twitter army?

Such a question has long been wrestled with by history’s greatest military strategists: Sun Tzu, Napoleon Bonaparte, Norman Schwarzkopf.

In the wake of a number of news cycles about the bros of Sen. Bernie Sanders (I-Vt.)—avid, aggressive tweeters who defend their candidate online—Biden has declared: Yes, gimme some.

In a story by Bloomberg’s Emma Kinery, Biden has reportedly asked his followers to log on and go off.

Joe Biden’s campaign is urging its active social-media supporters to get online and defend the Democratic presidential candidate against what it sees as increasingly aggressive attacks from the surging Bernie Sanders camp.

With less than a week before the Iowa caucuses, the Biden campaign expressed concern on a call to its supporters that Sanders people were “getting ugly” and it had to “step up its game” defending the vice president.

The only problem is that, as shown by the myriad online armies some candidates have, like Sanders, Andrew Yang, Sen. Elizabeth Warren (D-Mass.), or even Pete Buttigieg, there needs to be a viral enthusiasm that drives people to post on behalf of a candidate. Be it over policy or personality, something needs to make you want to go to war on the web.

Do people really want to do that for Biden?