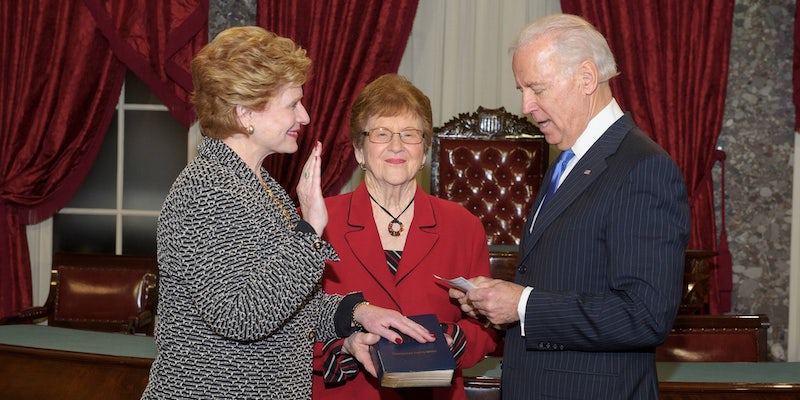 Photo via Senator Stabenow/Flickr (CC BY 2.0)

If he's not having a blast, he's great at faking it.

Very few things in Washington, D.C., inspire hope or joy, least of all the proceedings of our esteemed United States Congress. Yet there is one politician who never fails to brighten our days whenever he opens his mouth. On Tuesday, as he swore in senators on the first day of the 114th Congress, Vice President Joe Biden did not disappoint.

Biden’s touchy-feely, close-talking, intimate moments with new and returning senators and their family members are among political reporters’ favorite moments from the start of a new congressional term. Congress itself may be hopelessly broken, but in his capacity as ex-officio President of the Senate, the vice president took it upon himself to bring some mirth to the hallowed upper chamber.

Before the swearing-in ceremony even began, Biden was on fire.

Once he arrived, he seemed to want to bring everyone in on the action.

Biden to press: “Any of you guys want to get sworn in?”

Then, it was time to get started. For better or worse, Biden’s charm seems to know no limits. He’ll target senators’ children…

Two years ago, Biden — font of romantic wisdom — told the same granddaughter, "No serious guys until you're 30!"

Biden to Durbin's grandson, whose birthday is today: "You've got some killer eyes. The girls are in trouble." #Bidening

VP Biden, to an attractive young granddaughter of Sen. Hatch: "I hope you have a fence around your house!"

Biden to Pat Roberts's (R-KS) daughter: "Thank God you look like your mother" 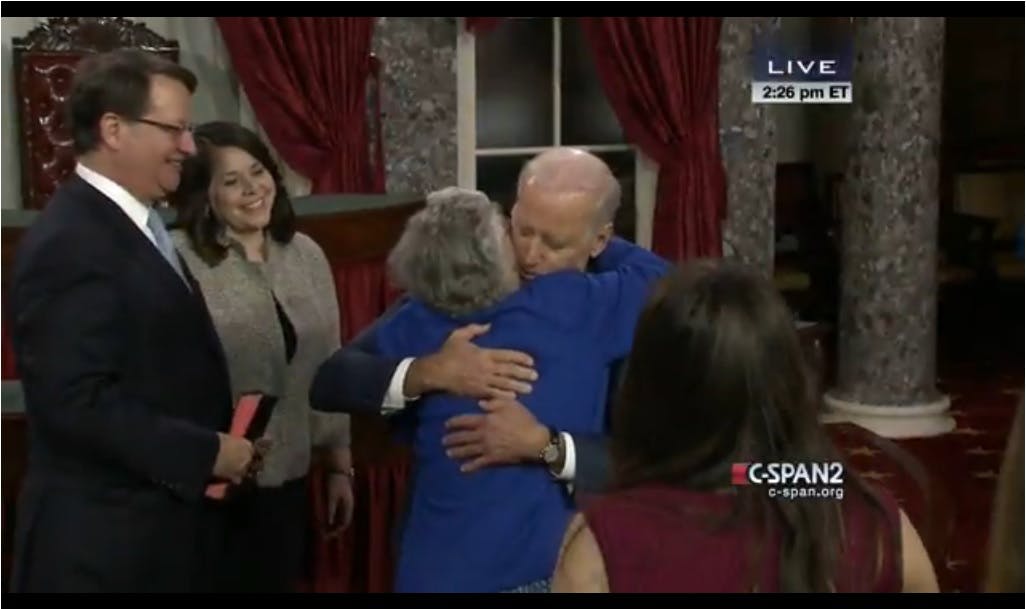 "I just swore in your grandson." – Biden talking to Sen. Cory Gardner's grandmother on the phone. Gardner: "Grandma, that really happened."

Biden to Sen. Susan Collins's (R-ME) husband: "As they say in Southern Delaware, boy you married up."

…anyone he considered attractive…

Biden to L. Graham, as Biden pulls attractive woman in for a picture: "I tell you what, man, I may me Irish but I'm not stupid."

…and, of course, his longtime former colleagues.

Biden: “Dick! How are you pal.” Durbin: Thanks for swearing us in. Biden chuckles: “It’s easy for us to swear at you”

Biden just now to the 2nd group of Senators he is swearing-in: "Do any of you want to change your mind." 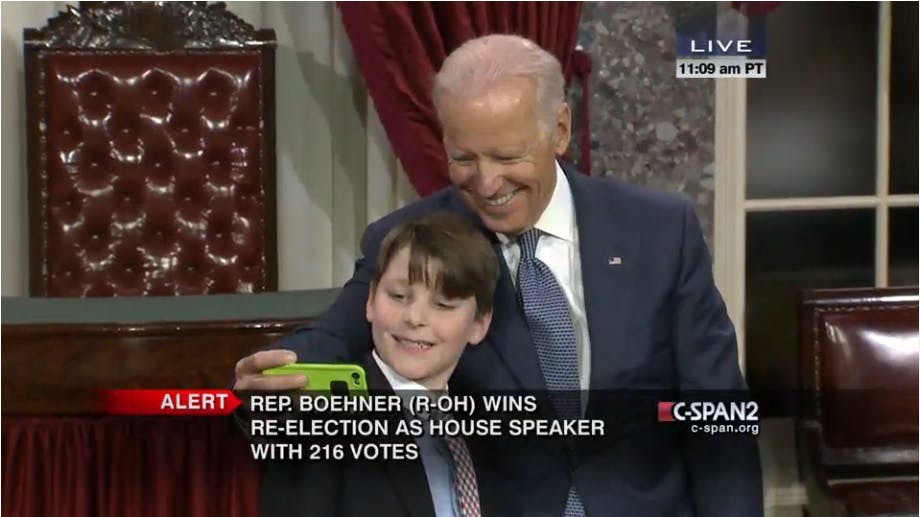 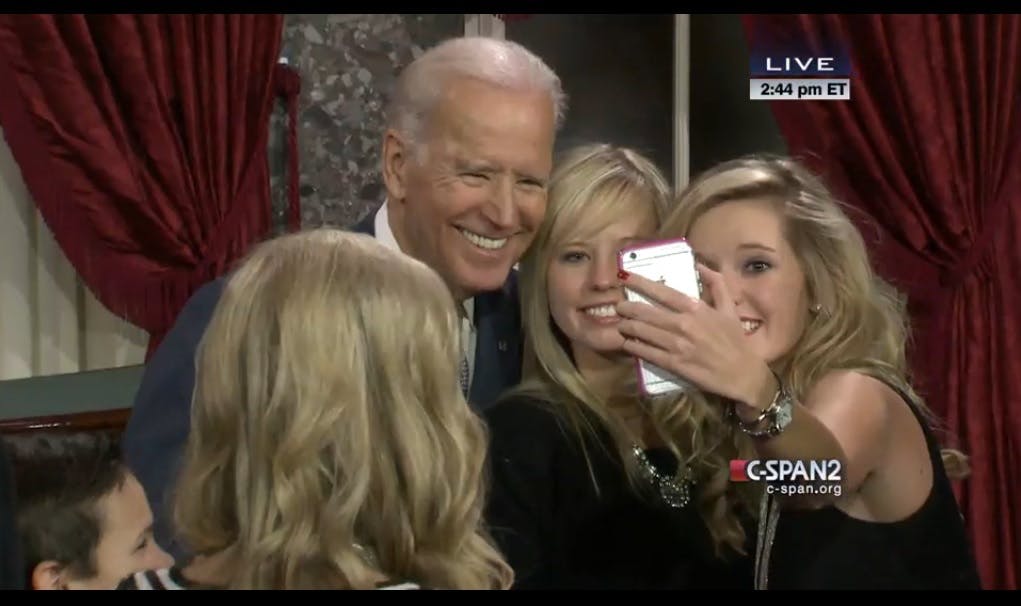 Vice President Biden poses for a selfie with the daughters of Sen. Steve Daines (R-Mont.)

He posed with dogs.

Shaheen brought the family dog for her swearing in pic.twitter.com/HYBENJkTCb

If today’s ceremony emphasized anything, it’s that political reporters love nothing more than the Biden mythos.

can we appoint Joe Biden permanent That One Uncle of the United States for ceremonial purposes?

This is all you need to know about how Joe Biden's swearing in ceremonies are going, in one GIF. pic.twitter.com/GEynE3HF61

Disneyland should have a ride next to the Hall of Presidents where animatronic Joe Biden just swears people into office all day.

Photo via Senator Stabenow/Flickr (CC BY 2.0)