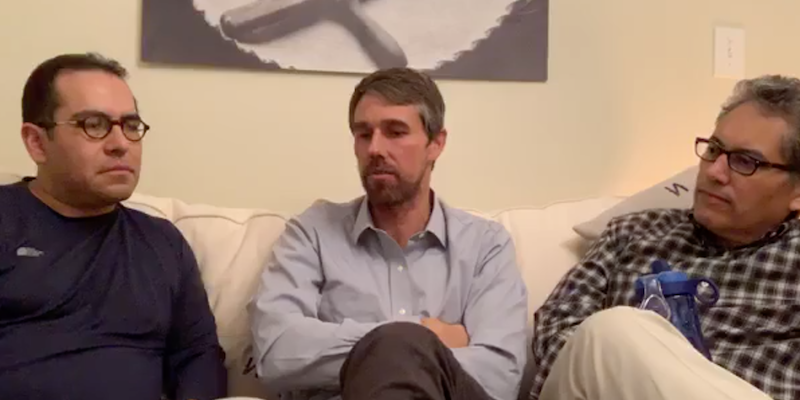 In the plot of the seminal 1992 film Single White Female, an increasingly unstable and unhinged woman develops an obsession with another person, copying her, emulating her, and eventually attempting to murder her.

We’re not saying Beto O’Rourke is going full SWF on Ted Cruz, but in the wake of their brutal 2018 campaign for U.S. Senate—with O’Rourke coveting the seat Cruz held in Texas—Cruz emerged back in Washington with a salt-and-pepper beard.

A month later? Guess who shows up on Facebook Live sporting the same facial hair?

The reveal of the beard came as Beto 2020 speculation hit a fever pitch. You know who else ran for president? You guessed it: Ted Cruz.

Maybe Beto has an unhealthy fetishization with Cruz? Who knows. Either way, the news of Beto Beard caught the eye of people on Twitter, who wound up doing tweets about Beto Beard.

And while people preferred Cruz’s, it should be noted that O’Rourke appeared on Facebook without one on Jan. 1, so this is still a work in progress.