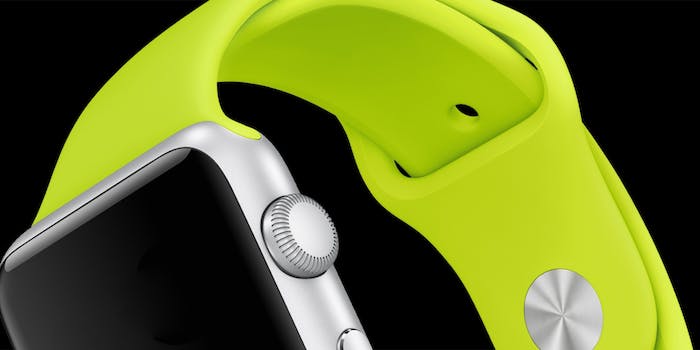 What is going to set the Apple Watch apart from the sea of Android-powered wearables? Aside from its “I need it now” status, the real make or break feature will be its apps. It’s been the strength of iOS all along. While it occasionally lands the company under fire, Apple’s overbearing attempts at quality control has helped the cream rise to the top in its App Store. Having the same happen for the apps that will run on your wrist will be what can push the Apple Watch from a superfluous accessory to a necessary one.

And the launch lineup for the Apple Watch looks strong. The only question early adopters will be asking themselves is which ones to download first. We have the answers. These are the apps that you’ll want to queue up for download the moment you get the Apple Watch out of the box. 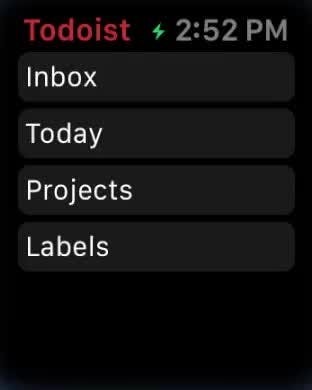 This is the exact type of app that the Apple Watch is made for. The popular productivity app puts your entire agenda on your wrist, making the process of staying on track as easy as checking the time. The app is simple with an very focused purpose, showing you the tasks you need to take care of and upcoming scheduled events. And since Todoist populates screens on pretty much every other device, your notifications can be synced and easily managed from anywhere. 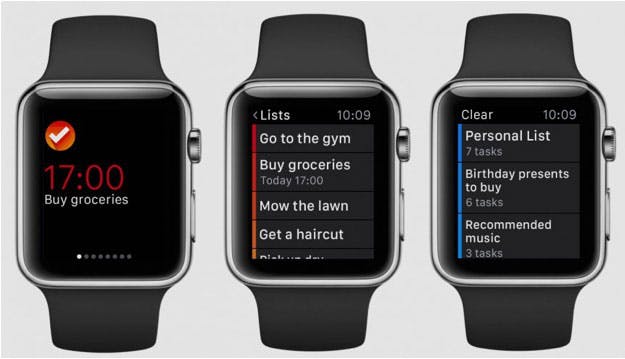 If you’re looking for a company that understands simple, minimalistic style, it’s Clear creator Realmac. Clear has been the go-to app for streamlined task management and design and now the sleek-looking task management service will be coming to the smartwatch. The app will make getting things done rewarding, allowing you to swipe away tasks as you complete them. Plus with syncing through iCloud, you can keep track of all the tasks you’ve already set up on other platforms. 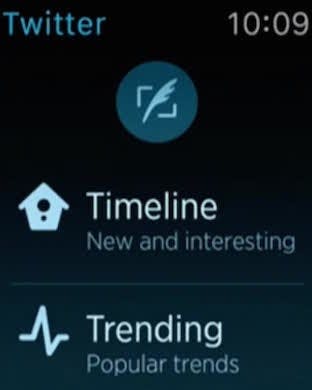 140 characters should fit perfectly on the screen of the Apple Watch. Obviously the size of the display creates some limitations when delivering your Twitter feed but the app for the new wristbound wearable will be tweaked to better serve the platform. Tweets will be delivered one at a time with a unique interface that will show the sender’s profile picture and background image. It’ll be the perfect opportunity for Twitter to try out all its new experiments to bring interesting tweets to your attention. 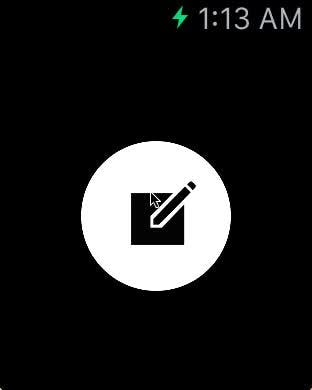 Since Twitter won’t be giving you the option to actually tweet from its Apple Watch app, you’ll have to turn to third-party options to take care of that. Usually Twitter is a bit cold to alternative options but maybe it won’t mind Infinitweet handling these duties for it. The app will convert tweets longer than 140 characters into images, just as it does on iOS. To fit better with the Apple Watch, Infinitweet will take voice dictation so you won’t have to try to type nor worry about character limit. 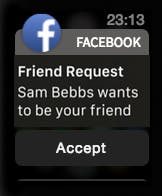 Was there any doubt that the ubiquitous social network would be here? Facebook doesn’t have the strongest history when it comes to mobile devices, but the Apple Watch presents the opportunity for a fresh start. The world’s biggest friend-stalking service will be best served by putting the emphasis on the News Feed, bringing notifications and updates from friends straight to the watch face. The digital crown of the Apple Watch will be put to use for browsing, providing a smooth way to navigate the social stream. 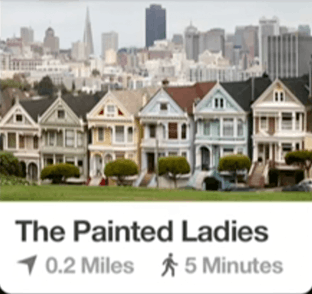 Pinterest is another one of the giants of the Internet that no one will be surprised to find on the Apple Watch platform. But it’s not just settling for a simple port. Pinterest will utilize the location awareness of the smartwatch to bring your interests to you in a new way. If you’re in range of something that you’ve pinned, the app will alert you and help you find your virtual infatuation in person. 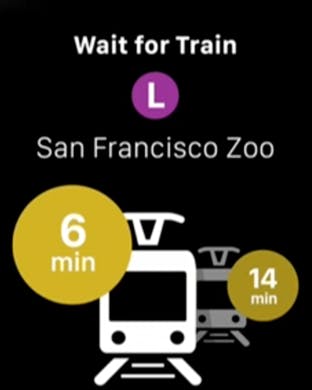 Using the Apple Watch for navigation makes a lot of sense, but trying to fit a full map on the face of the smartwatch doesn’t. For negotiating each step of your travels as they come, Citymapper should serve as the ideal compass. The go-to app for getting around in the city, Citymapper’s app for the Apple Watch will display only the vitals: which train or bus to catch, when it’ll arrive, and where to get off at. 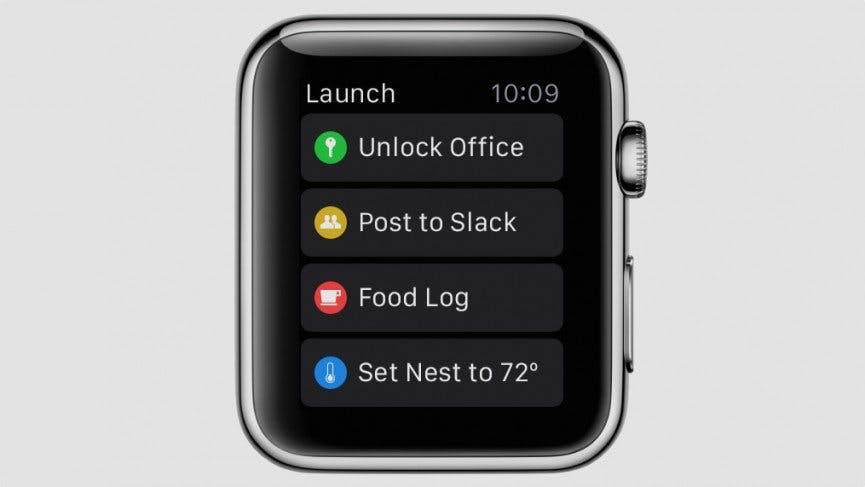 Mac and iOS users are likely already familiar with Launch Center Pro, the app version of speed dial for everything important to you. Now the same service will be coming to the Apple Watch, where creating a custom workflow to complete complex tasks will be easier than ever. All of your most common actions, be it setting the temperature on your Nest thermostat or posting a message to Slack, will just take a tap.

The smarthome is coming, and your Apple Watch will make for the perfect remote control for everything in your house. Home Remote is, exactly as you’d imagine, a system to control every connected device inside the walls of your home.

Compatible with many of the big names in connected appliances, Home Remote will allow you to automate just about anything. It also means no more getting up off the couch to adjust the thermostat—though that’s going to cost you valuable steps that won’t be tracked. 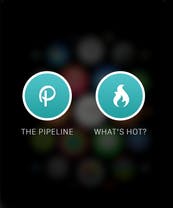 The Apple Watch will be at its best serving up bite-sized pieces of information. The creators of Pipes see that as an opportunity to deliver the news that matters most to the wearer. Breaking news will come to you as it happens like you’re a newscaster. Pipes has been looking forward to launching on the Apple Watch for some time now, going so far as to build an online demo to show off how it will work. Now you can play with it for real. 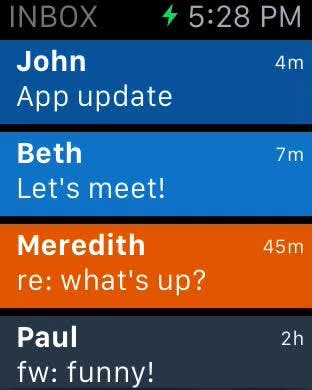 Email communication isn’t known for brevity, so if it’s going to work on the Apple Watch then it needs to be just that. That’s exactly why TL;DR is re-thinking email to make it better suited for the smartwatch screen. Instead of trying to show off an entire inbox worth of things to do and people to respond to, this app turns each email into a card. It’ll detail the read time for each message, show links, attachments, and give an option to reply. 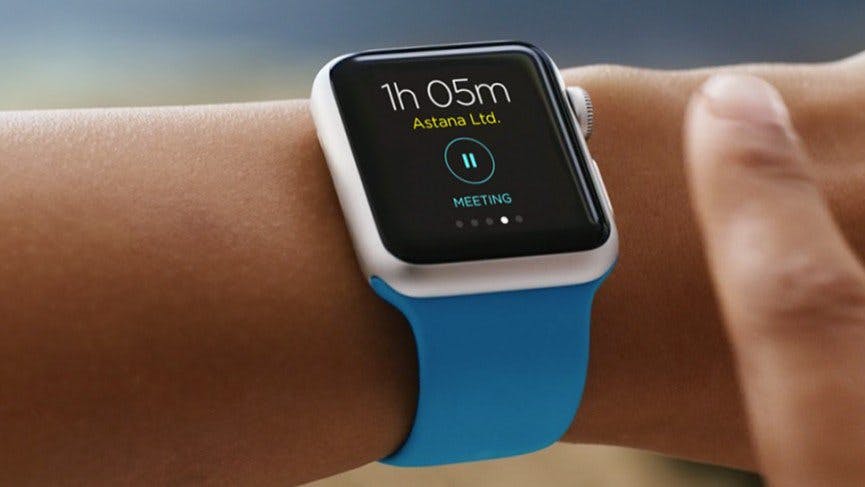 Most of the devices that live on our wrists are about quantifying ourselves. Fitness trackers, pedometers, heart rate monitors—they’re all made to make information about our lives easier to understand. OfficeTime has a slightly different approach to this; it wants to help you understand how you spend your day. Tap it when you get to the office, when you go to the gym, when you fire up Netflix, and it will keep track of how long you spend on it all so you can make your days run more efficiently. 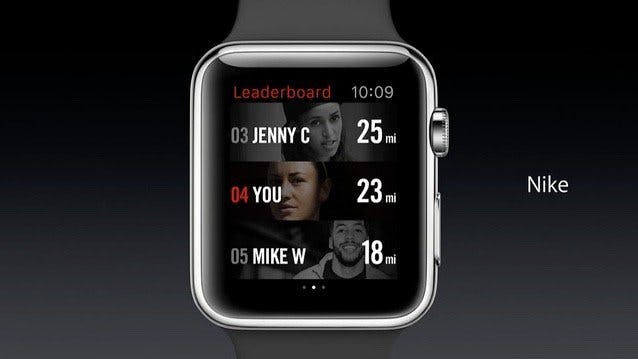 Who better than Nike to bring fitness to the Apple Watch? The swoosh will be making an appearance on the Apple Watch, likely running in tandem with the Cupertino company’s Health Kit to keep track of your workouts. Keep track of your run time, see a leaderboard of all your friends, and even challenge them to a little friendly competition that’ll benefit you both. 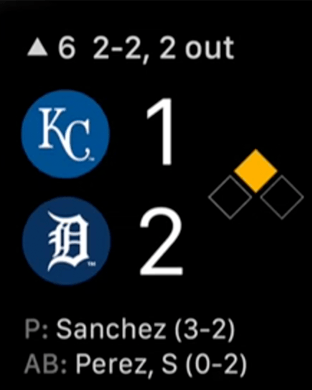 The Apple Watch won’t be just for your fitness: You’ll be able to keep an eye on the pros, too. Baseball might be one of the oldest pastimes in the U.S., but the MLB (Major League Baseball) has been on top of its media presence for some time now. Blame it on advanced statistics, but the sport is heavily invested in technology. MLB will make its appearance on the Apple Watch with an app for real time scores and updates from around the league.