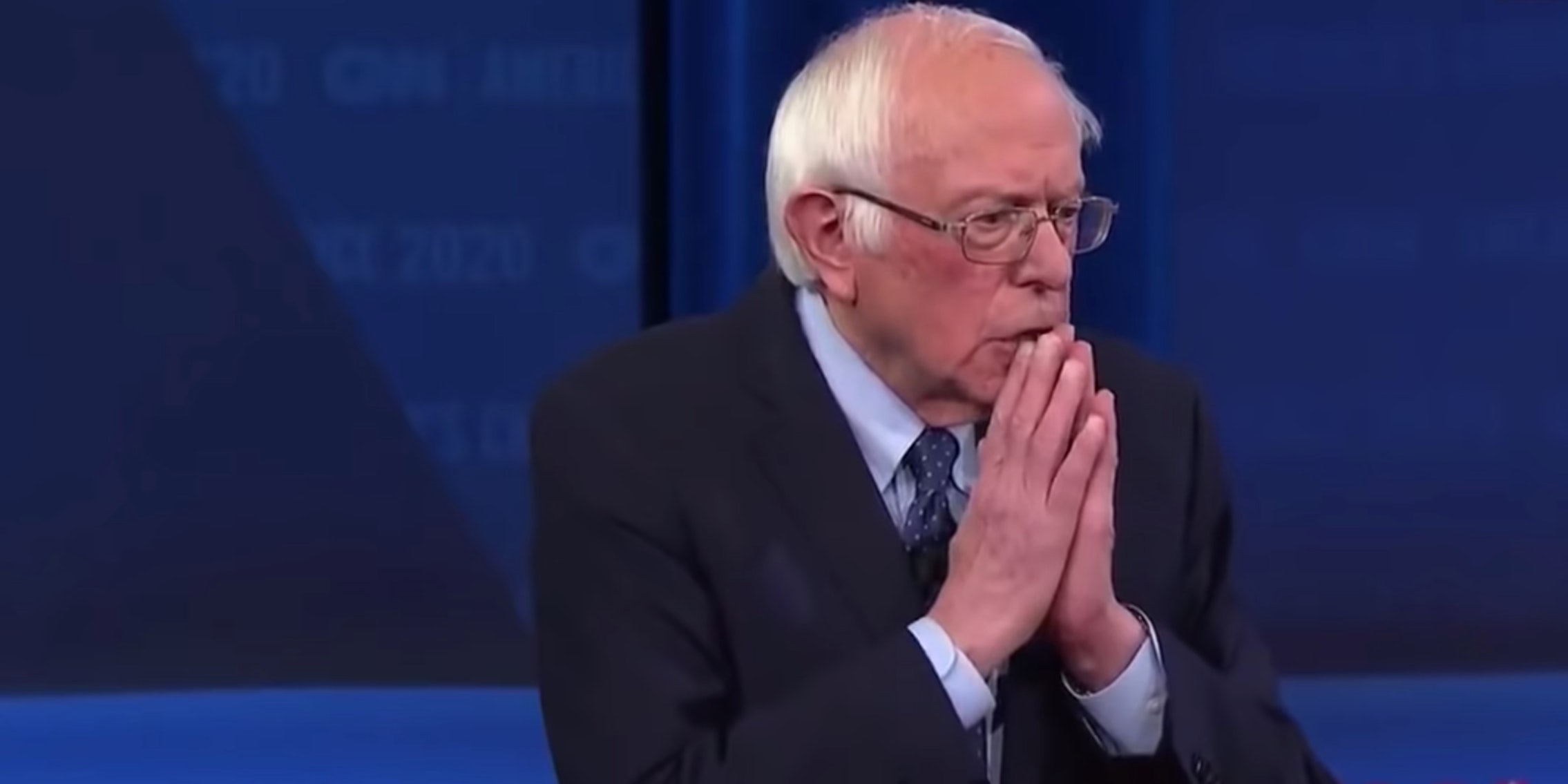 A reporter's scoop gets pushed back in his face when it's discovered he has a trust fund apartment.

On Monday night, Ben Mora was fired from his position as regional field director for Sen. Bernie Sanders’ (I-Vt.) Michigan campaign—and the fallout resulted in an online class war. The reason for Mora’s dismissal was a Daily Beast article from reporter Scott Bixby claiming that Mora used a private Twitter account to candidly voice his grievances about the race for the Democratic nomination.

Bixby wrote that Mora, using the now-deleted Twitter account @perma_ben, regularly used excessively vulgar and “cruel” rhetoric against the other Democratic nominees. Bixby wrote that screenshots from the account were shared with him and the Daily Beast by a follower who cited the “toxicity” and wanted to show “how deep the online harassment problem goes.”

Approximately one hour after the original story and accompanying thread were tweeted by the Daily Beast, Bixby provided an update that he had received from Mike Casca, the Sanders campaign’s communications director. “We are running a multiracial, multigenerational campaign for justice where disgusting behavior and ugly personal attacks by our staff will not be tolerated,” Casca said.

Among the most serious allegations against Mora, Bixby claimed that some statements made by Mora on the private account were homophobic. “Could never trust Buttigieg because he combines the natural devious disposition inherent in gay men with a bloodthirsty careerist drive,” read one tweet. As Mora himself is gay, the comments can only be assumed to be self-deprecating.

On the same day that the Daily Beast published this article, the official Twitter account for Mike Bloomberg’s campaign posted a tweet that joked about a hypothetical romantic relationship between Sanders and Russian President Vladimir Putin. Sanders supporters cried foul: “A gay regional field manager for Bernie posted tacky jokes on his private feed, and Bloomberg’s social media director @kpf openly tweeted a homophobic joke attacking Bernie on the campaign’s account, and one of these things is a big story apparently,” tweeted anonymous lawyer turned Twitter pundit, @Respectable Lawyer.

But shortly after the initial negative reaction to Bixby’s article, Twitter users discovered via public records that Bixby was the recipient of a $1,175,000 trust fund apartment. After this revelation, which the Daily Dot independently confirmed, the narrative of a New York City writer with a trust fund apartment getting a campaign organizer in the Midwest fired sparked an all-out online class war.

Some viewed Bixby’s story as confirmation of the infamous “Bernie Bro” archetype that dominated the 2016 campaign discourse and has been around through some distant variation since 2008. Critics called for Sanders to immediately hold his supporters to a higher level of scrutiny.

Others saw the situation as a direct attack on Mora’s material circumstances and freedom of speech to critique establishment Democrats. Regardless of how much negative feedback Bixby receives for the article, he still has a $1,175,000 trust fund apartment and a job—Mora does not.