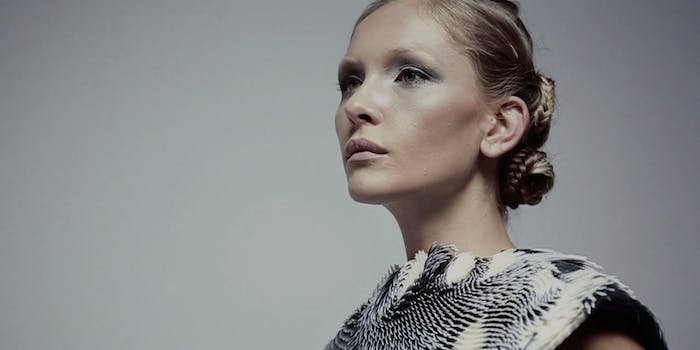 Your stare can't escape its lens.

All it takes is a glance to make this piece of clothing come to life.

Architect and interaction designer Behnaz Farahi created a 3D-printed wearable top that’s able to sense when somebody is looking at you as part of the Artist Residency at Pier 9 in San Francisco. With a small microcontroller connected to the camera located within the top, it can scan someone’s face and reveal the age and gender of that person.

“What if our outfit could recognize and respond to the gaze of others?” Farahi asked on her website. “This is an interactive 3D printed wearable, which can detect other people’s gaze and respond with life-like behavior.”

And respond it does. Within the demonstration, the quills on the top are seen moving in response to someone’s gaze, which was inspired by the flexible nature of skin. It’s almost animalistic.

While the top was created using an Objet Connex500 3D Printer, Farahi doesn’t say much about how her wearable top was made, promising to reveal more details in the future.