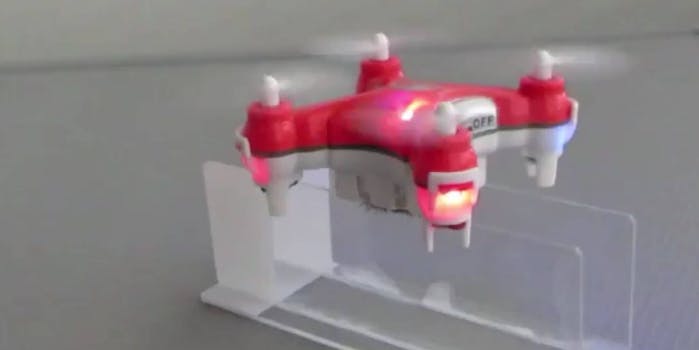 These tiny drones will replace bees if they become extinct

It's even more depressing than it sounds.

The bumblebee was listed as endangered for the first time ever last month, highlighting the shocking decline of bee populations around the world.

If bees became extinct, it would have massive implications worldwide. Just take a look at how a Whole Foods grocery store would look without items that depend on pollination. 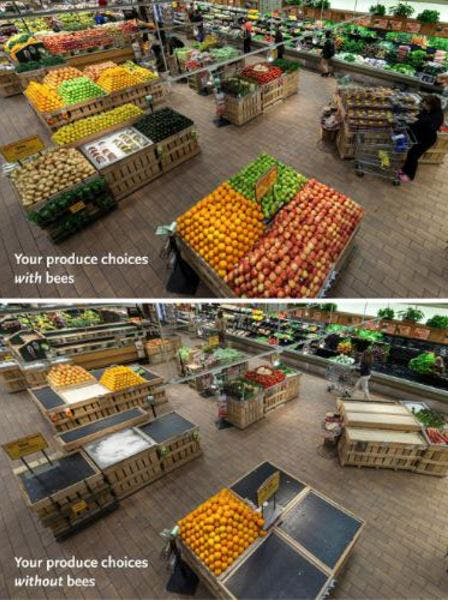 But a stroke of luck has led researchers to a depressing backup plan if we let our pesticides kill off all the bees.

Researchers from the National Institute of Advanced Industrial Science and Technology in Tokyo are using insect-sized drones as pollinators. The underside of the devices is coated with horse hair and an adhesive just strong enough to pick up pollen and transfer it to another flower.

“This project is the result of serendipity,” researcher Eijiro Miyako said, according to the Daily Mail. “We were surprised that after eight years, the ionic gel didn’t degrade and was still so viscous. Conventional gels are mainly made of water and can’t be used for a long time, so we decided to use this material for research.”

The researchers tested the substance on ants and houseflies, and they determined it had the perfect sticking power (about a Post-it Note amount) and important camouflage characteristics to protect the host from predators. They were even able to pollinate a white Japanese lily, whose sex organs are some of the largest found in plants.

Miyako says the findings could lead to the development of artificial pollinators to help counter the problems caused by the declining honeybee population.