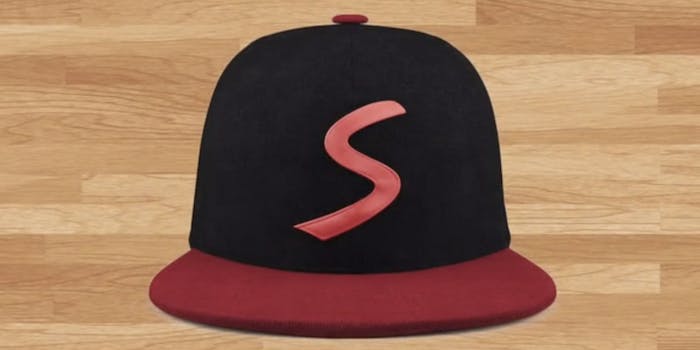 Snaptrax is a new wearable device for ‘bros’

Snaptrax are Bluetooth-enabled baseball caps that let you text, make phone calls, and take photos on the go. But... for bros!

From Tory Burch’s collaboration with Fitbit to Diane von Furstenberg’s designs for Google Glass, fashionable wearable tech has been almost exclusively for the ladies up to this point. But finally, someone has come up with a counterpart for teh menz as well: Snaptrax, an Australian startup fundraising on Kickstarter that’s developing Bluetooth caps for “bros.”

Developed by founder William Miller, Snaptrax are hands-free, “comfortable, user-friendly” alternatives to smartphones. They’re intended for usage during activities where you can’t easily access your smartphone, such as biking, exercising, driving, and…I dunno, other activities that require the usage of both hands. Having sex? Operating a tractor? Manually stimulating a bull for the purposes of artificial insemination? Your guess is as good as mine.

According to this Kickstarter promo video, Miller came up with the idea for Snaptrax back in 2013. He wanted to find a way to use his smartphone on the go, which he says is becoming increasingly difficult to do “safely and effectively.” (If you’ve ever gotten into a pedestrian accident because you were too busy tweeting about how people are too busy tweeting to watch where they’re going on the street, you know exactly what he means.)

Each cap is equipped with a microphone, a speaker, and a Bluetooth chip hidden inside the rim. Basically, they let you perform any task you would with a regular smartphone, such as text, make calls, or take photos. There’s also a small control panel hidden on the right side of the cap that lets you adjust volume and operate the command/pairing mode option.

Like most wearable tech items, stylishness is not exactly Snaptrax’s selling point. The baseball caps look pretty much like any other, non-Bluetooth-equipped baseball cap you can buy off the street, except slightly larger and goofier-looking. But then again, it’s unclear whether “bros”—the demographic that PCMag speculates Snaptrax is catering to—will care that much about aesthetic considerations. It seems reasonable to assume they’d just be super psyched to have a semi-high-tech apparel item that can surreptitiously take photos of hot girls at the beach.