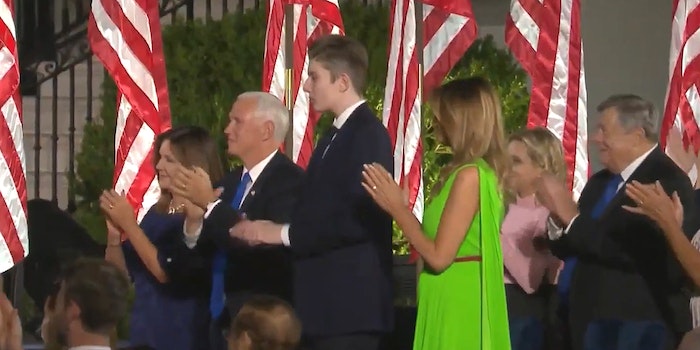 Whatever you do, do not mention Barron Trump is tall.