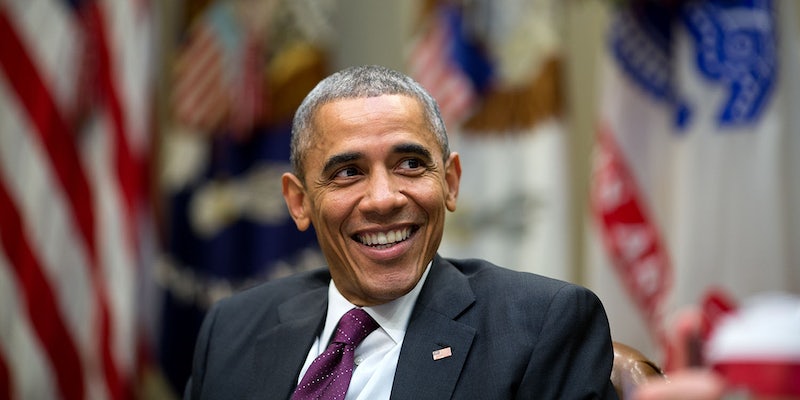 Bear Grylls: ‘I hope’ President Obama won’t have to drink his own pee

News broke earlier today that President Barack Obama will appear on an Alaska-based episode of Running Wild with Bear Grylls. And it only took the Internet a few hours to turn the whole thing into a joke about drinking pee.

“If there’s one thing we all know about Bear Grylls’ techniques, it’s that they mostly involve drinking his own urine,” reads a new petition on the White House website. “And so: We ask that Obama do the right thing and drink his own urine during a taping of Running Wild with Bear Grylls. For science. The people demand it.”

During his appearance on Running Wild, Obama will investigate the effects of climate change while on a “trek through the wilderness” of Alaska with Grylls, according to a press release from NBC. As Grylls would likely tell you, anytime you venture into the wilderness, there’s a chance things can go wildly wrong.

Urine has splattered all over Grylls’ reputation since Reddit user Faneste123 posted this meme some four years ago: 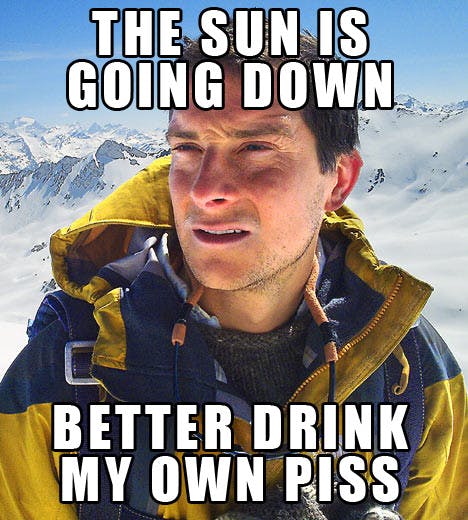 In this case, it’s funny because it’s true.

See, in a 2007 episode of Grylls’ show Man vs. Wild, the survivalist and former British special-forces soldier did, in fact, drink his own urine. This, despite the fact that Grylls did, at times, “cut corners” while filming, as the New York Times put it, by staging certain scenes for the camera rather than genuinely roughing it in the dangerous outdoors, as the show would lead viewers to believe.

It seems virtually impossible that the leader of the free world will be put in a situation while filming Running Wild that requires him to ingest bodily fluids to survive, according to Grylls, who has embraced his pee-drinking legacy. At least, he hopes so.