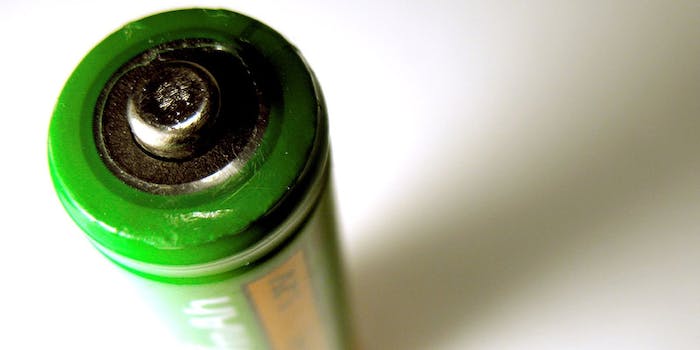 These apps are killing your Android’s battery

According to an AVG report, these are the apps you should consider uninstalling or replacing.

Of the many smartphone-related annoyances, running out of battery is probably the worst. It can only be beat by not knowing why the hell your phone keeps dying.

AVG Technologies recently released its Android app report from the last quarter of 2014, covering all the mobile app offenders that not only drain your battery, but also those that hog your data, eat up the most storage space, and impede your phone’s overall performance.

To compile the report, the company analyzed aggregated and anonymized data from over one million users worldwide who have installed either AVG AntiVirus FREE or AVG Cleaner. For battery drain analysis, core system apps and apps that have fewer than one million downloads on Google Play were ignored.

Based on AVG’s findings, there are two types of apps that eat up a lot of battery power: those that run automatically upon start up, and those that are launched by the user (which feels sort of, well, “duh,” but OK). Excluding games (which we know as obvious battery offenders), here’s AVG’s list of Android apps that run at start up and cause the most battery drain: 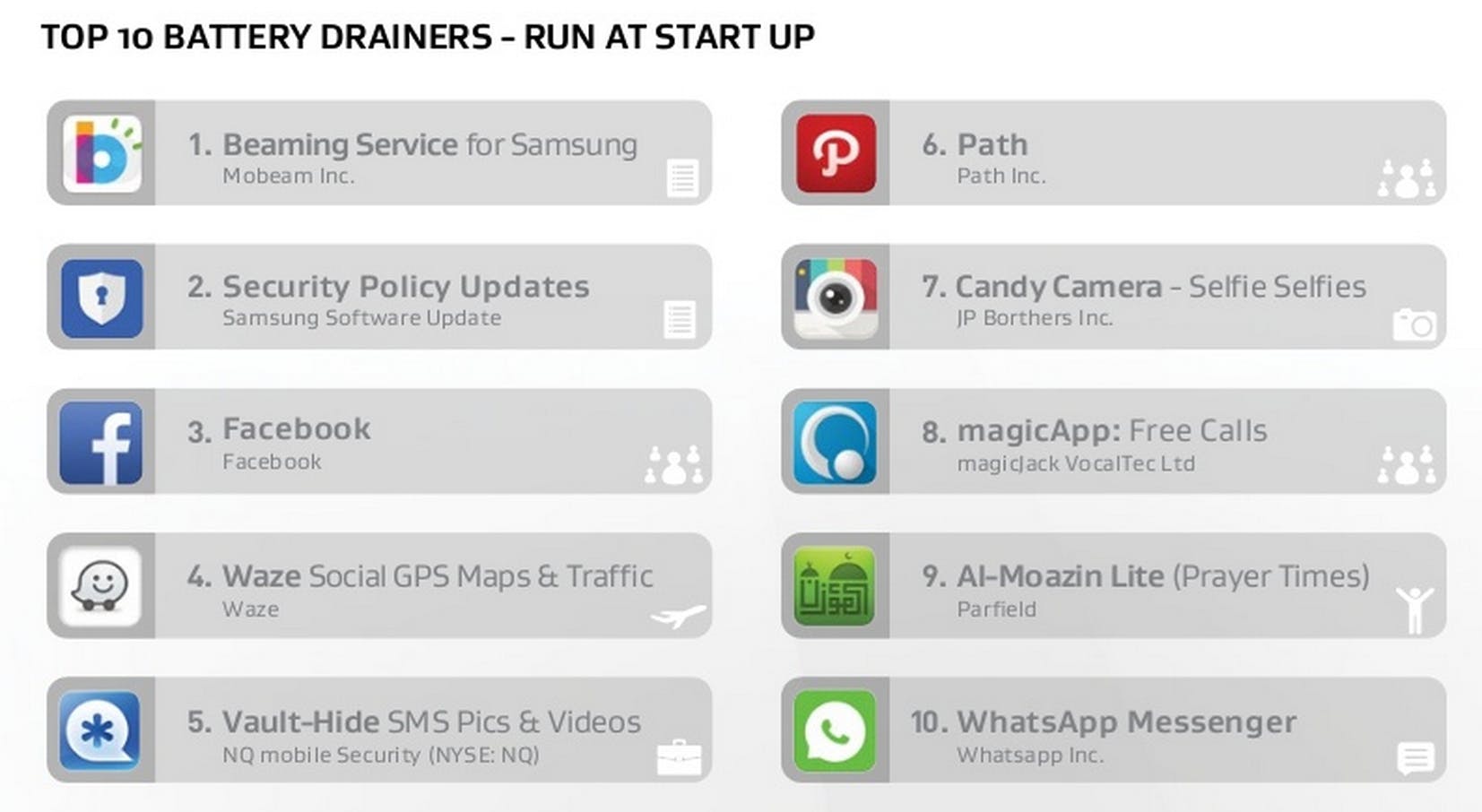 At the top of the list are two pre-installed pieces of software that are exclusive to Samsung devices. How often these two are actually used is debatable (smartphone bloatware is an annoying fact of Android ownership), and Samsung really doesn’t want to disable them for you. So you can either root your phone and risk bricking it, invest in multiple phone batteries to bring with you everywhere, change phone models, or just forget these services exist and try to cut down on battery drain elsewhere.

Candy Camera, a selfie app, is new to the top 10 list of battery offenders that run in the background. Unless you’re absolutely in love with this app, you should ditch it. Even the report recommends that you uninstall this one (and other similar apps), if you haven’t yet.

The rest of the apps mentioned above are probably on the list because they run a service (like syncing) in the background. If you’d like to keep them installed but stop them from doing this, you might need to manually check out the app’s settings and choose “Force Stop.” For apps like Waze, having GPS enabled contributes to major battery suckage; make sure you have it off when not in use.

But these secret offenders aren’t the only battery drains. Here are the apps users launch that drain phones quickly: 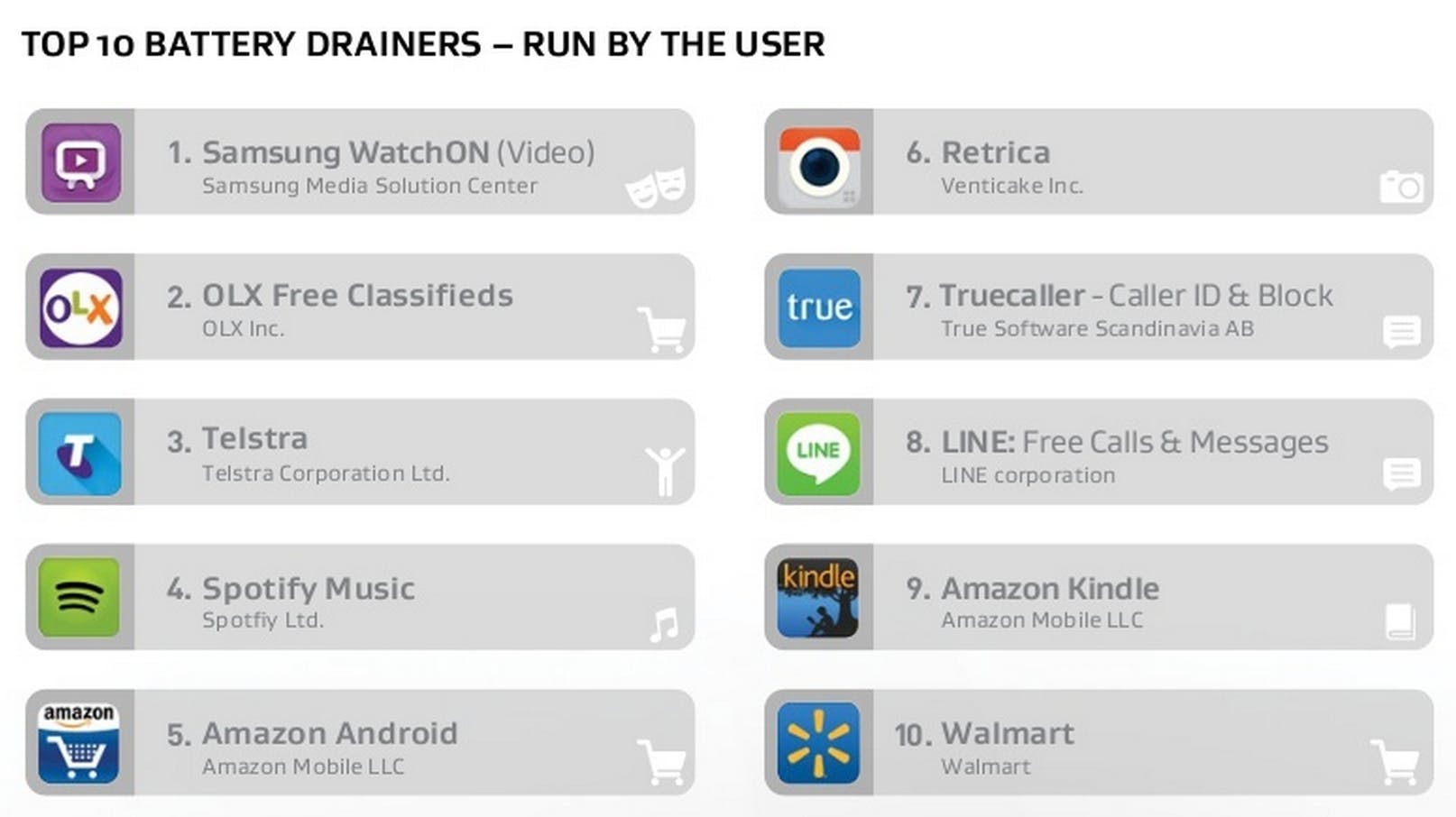 Most of the apps initiated by users are heavy on data usage and Wi-Fi connectivity, two of the biggest killers for poor battery life. Interestingly enough, most of these apps—namely Amazon Android and Amazon Kindle—have manual or desktop counterparts that actually perform better than the mobile version. Spotify Music was additionally singled out by the report as the second most resource-consuming app in the store, up three places from the previous quarter, making it not only a battery drain but a performance deterrent as well.

If you really have a need for a Craigslist-type app, a suitable alternative to OLX Free Classifieds could be CityShop, which is basically the same service but without the battery drain.

The rest of the apps on the list are there for a reason: Users obviously need them and have no choice but to keep them installed. (I guess your don’t need Instagram and Spotify, but… you kind of do.) If that’s the case, there are at least three things that’ll help prolong your mobile’s battery life:

1) Turn app notifications off. You can do that by going into your Android phone’s settings, finding the offending app, and un-checking “Show Notifications.” Notifications are a huge battery drain; just fire up the app any time you want to know what’s new. 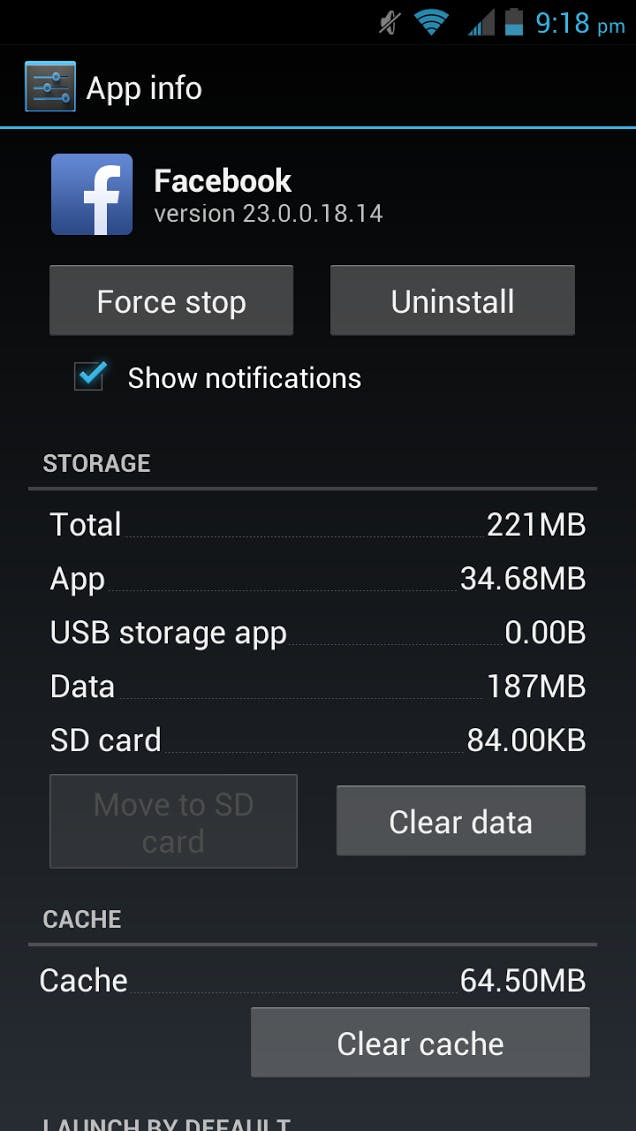 2) Turn Bluetooth, Wi-Fi, and GPS off when not in use.

3) Reduce your display brightness to between 50-70 percent.

We’re all just doing the best we can do, of course. Someday our batteries will charge off kinetic energy, or the sun. And that will be a good day.