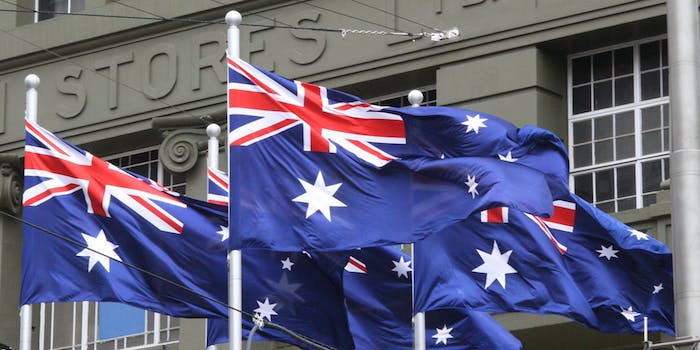 In Australia, your Facebook feed could double as your rap sheet.

Here are a few things you can’t do in Australia: Post a YouTube video of yourself in a homemade Super Mario Brothers costume, stream music from your iPhone during a funeral, or share just about any Internet meme on your Facebook wall.

That list—a truncation of the almost endless number of online activities made illegal under Australian copyright law—is a symbol of what happens when 20th-century laws are applied to 21st-century Internet remix culture.

The problem stems from the fact that Australia has a particularly narrow copyright law.

In many countries there’s a Fair Use clause in copyright laws. One of the purposes of these laws is to dictate how images, videos, audio, and text can be remixed on the Internet.

Here, for example, is how the U.S. defines “fair use,” according to Copyright.gov: “Section 107 contains a list of the various purposes for which the reproduction of a particular work may be considered fair, such as criticism, comment, news reporting, teaching, scholarship, and research.” And that much, is true in Australia as well.

Section 107, however, also sets out four additional points of consideration when determining whether a particular use of media is considered fair.

As Copyright.gov points out, those arent perfect guidelines. And they are open to interpretation on a more case-by-case basis. The point of these guidelines is to articulate the spirit of the law, which is to defend authors and copyright owners from piracy and encourage creativity and innovation.

Unfortunately, according to Australia’s News.com.au, Australian copyright law lacks the aforementioned considerations. As a result, Internet memes incorporating content from protected material are subject to the law, even though they don’t make any money from it or otherwise take profits away from the owners.

In the following video, the Creationistas, a group taking aim at reforming Australian copyright law, offers a detailed explanation of the law’s troubling origins.

Obviously, the law was not intended to thwart Internet memes. It’s simply far behind the times, and it isn’t enforced very often. However, it could be, which means Australian Facebook user has done something for which they could be prosecuted.

The Creationistas have started a petition to reform the copyright law.