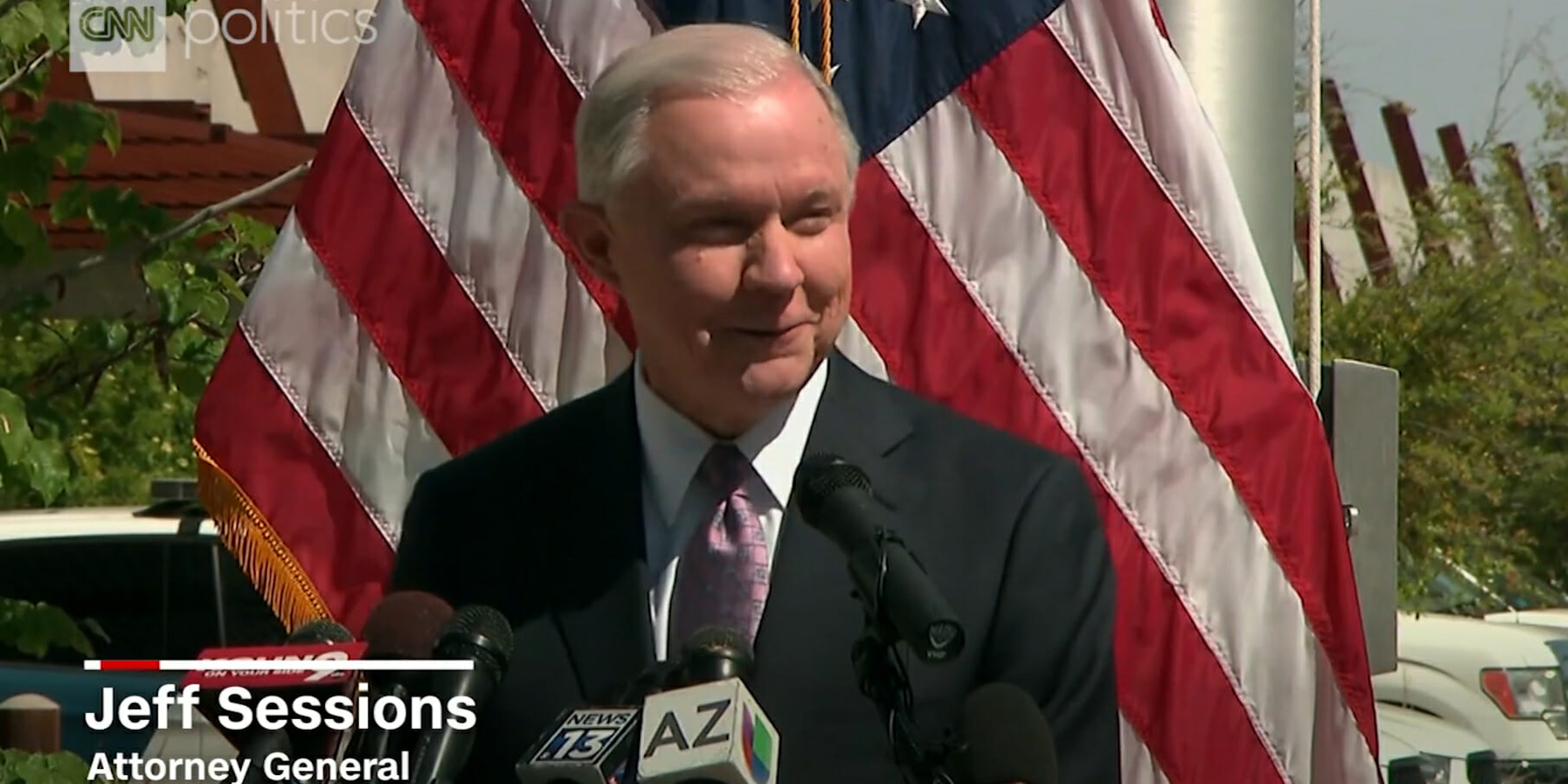 Sessions is rolling back on Obama-era reforms.

Attorney General Jeff Sessions has instructed federal prosecutors to pursue the most “readily provable” crimes and to seek the toughest sentences for defendants in drug cases, a stark reversal from Obama-era policy that marks the beginning of the Trump administration’s war on drugs.

Sessions’ charging order was published in a two-page memo and forwarded to over 5,000 attorneys on Thursday morning. It demands that prosecutors “charge and pursue [a defendant’s] most serious, readily provable offense” which will carry the longest sentences.

“This policy affirms our responsibility to enforce the law, is moral and just, and produces consistency,” Sessions wrote.

The attorney general’s position was expected after he had promised to make fighting violent crime and drugs central to his department’s future objectives.

The approach not only reduced prison populations, from a 220,000 high in 2013 to today’s 190,000, but also sparked an in-depth national conversation about how drug offenses could be better dealt with.

Sessions conveyed no doubt that he wanted to see a return to hard-line prosecution practice. A former federal prosecutor, Sessions spent much of his career fighting the drug war during the crack cocaine epidemic of the 1980s and early 1990s.

During that period, as a result largely of tough drug prosecution policies, prison populations rose from around 24,000 in 1980 to almost ten times that in 2013. Half of all current inmates in the U.S. are serving sentences for drug crime, and advocates of the Obama-era policy fear that Sessions’ move is a backward step.

Sessions, however, sees a new narcotic enemy in the illicit dealing of opioids and harsher measures as the only means of combating it.

“The opioid and heroin epidemic is a contributor to the recent surge of violent crime in America,” he said of America’s current situation during a speech on Thursday. “Drug trafficking is an inherently violent business. If you want to collect a drug debt, you can’t, and don’t, file a lawsuit in court. You collect it by the barrel of a gun.”