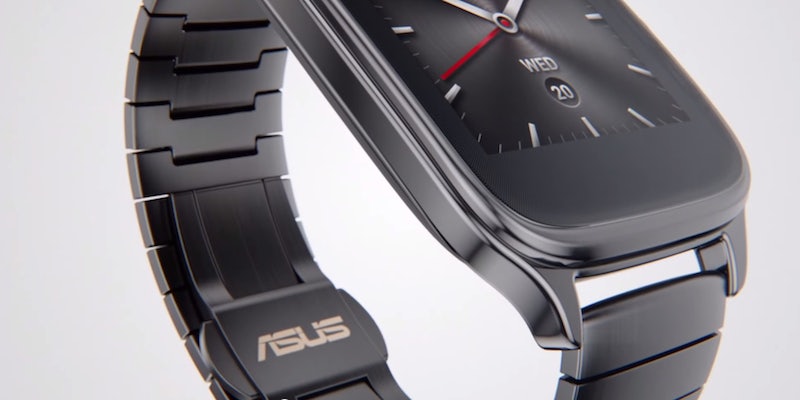 If imitation is the most sincere form of flattery, Apple should be blushing right now.

Following Apple‘s lead has become a trend amongst electronics companies the world over. Some are quite shameless in their riffing, while others have walked their own path. Asus, who has previously released MacBook Air clones and other Apple-alike devices, has taken inspiration from Apple’s first wearable and applied it to its own ZenWatch lineup.

The Asus ZenWatch 2—which, in case you were keeping track, is coming just months after the original ZenWatch—has the same rounded edges as the company’s previous offering but now appears more stout and less curved, bringing it closer to Apple’s design. In addition, a metal crown has been added that functions as a button, a bit like the Apple Watch’s digital crown.

On top of that, the watch will now come in two sizes; both a 49mm version and a smaller 45mm option. Apple’s smartwatch comes in both 38mm and 42mm versions. The price tags have not yet been revealed.

As remarkable of an Apple-esque shift as these changes are, the most offensively blatant bit of “inspiration” comes from Asus’s ZenWatch 2 debut ad.

Any of that look familiar? I’ll help you out a bit:

Honestly, over the course of the 53-second ad, there’s not a single angle of the ZenWatch 2 floating listlessly in white space that wasn’t at least partially lifted from Apple’s masterfully done Apple Watch reveal spot.

Want to see just how deep the copying goes? Note the time on both watch faces.