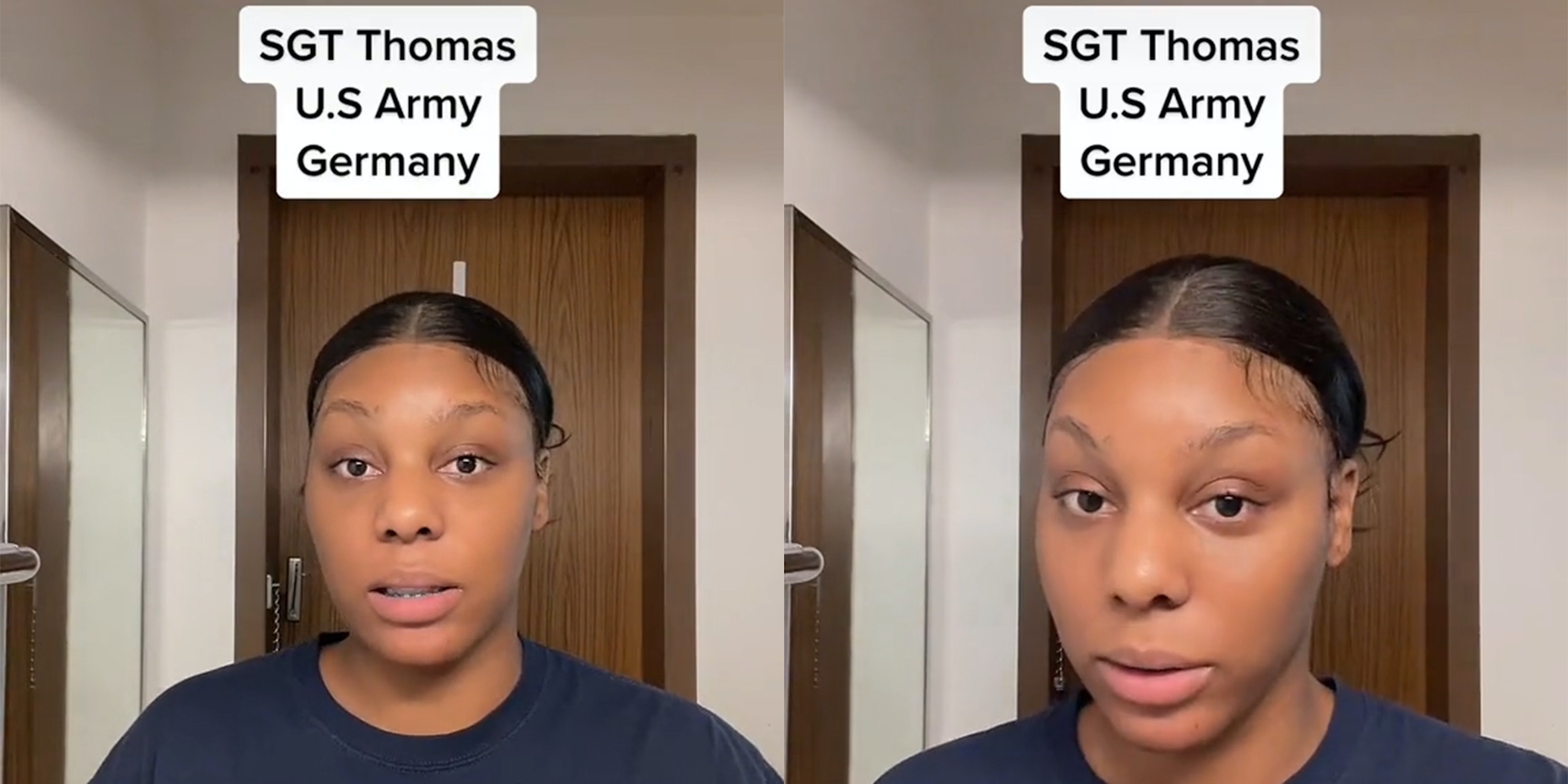 ‘If I end up dead, I’m not suicidal.’: Army specialist goes viral for speaking out in wake of soldier’s mysterious death

'It’s easier to get rid of one person instead of fix the problem.'

An Army specialist stationed in Germany says she is afraid for her life after superiors ignored abuse against her and fellow soldiers, according to a TikTok.

In a video posted on Oct. 6, a woman says she is Spc. Thomas, in the 21st Theater Sustainment Command, stationed in Germany. Thomas said she thinks the Army is “trying to kill” her and said, “if I end up dead, I’m not suicidal.”

Thomas said has been telling her family about the abuse and feels scared in the wake of the mysterious death of Denisha Montgomery, another Army soldier stationed in Germany. Thomas said she has been voicing concerns about her treatment to her family, similar to what Montgomery described to her family before her death.

Montgomery was found dead in August, and the Army officially ruled her death a suicide, but the family is disputing the cause of death. Montgomery’s family claims she called them before her death and said she had been assaulted by another officer and showed them bruises on her body.

While Montgomery’s family was told her death was by suicide, a recent report released by the Army lists her cause of death as “pending.” But the Army told Kentucky’s WDRB there were “no indications of foul play or criminal activity.”

In the video, Thomas said the key to her room has been missing from the master box of her barracks and that she can’t sleep because of the anxiety that someone could come in and assault her.

In a TikTok Live on Thursday, Thomas said she saw an assault happen a week before she made her first video, and the way it was handled scared her, part of the reason she spoke out.

Thomas’ original video has over 7 million views and 1.4 million likes. She’s made two update videos since her original and has repeatedly gone live each day to let people know she’s OK, as TikTokers in her comments have checked in. Thomas has refused to provide specifics in her videos on her treatment or any specifics for her complaint, saying she doesn’t want to get into any of it until she gets home.

Thomas said in subsequent videos that she was scheduled to fly stateside on Oct. 21. In the Live on Thursday, Thomas said the command saw her first video and changed her locks, but the Army has “pushed her out” and that “it’s easier to get rid of one person instead of fix the problem.”

In a statement to the Daily Dot, Major Vonnie Wright, with the 21st Theater Sustainment Command, confirmed Thomas was enlisted in the Army but said that no personnel complaints by her had ever been filed.

“We take all allegations seriously and care about the health, welfare, and safety of every Soldier. We are in direct contact with Spc. Thomas and we will continue to monitor her safety and well-being, at her discretion, as she has returned to her home state of California and is transitioning back to civilian life after her time and service in the United States Army,” Wright said.

The Daily Dot reached out to Thomas during her Live stream but did not get a response.

Thomas refused to elaborate on her base location or any specifics about her treatment until she arrived in the U.S. Thomas has since posted that she made it back to Los Angeles, but has not provided additional updates.

In the Live, Thomas said her “base is not as secure as people think” and that it “rubs me the wrong way that it took a video to make a lot of people do their job.”

Thomas said her lock was replaced earlier this week and that the master key box—where her original key went missing—is now patrolled, something she attributes to her video going viral.

“If you’re in the position to protect and serve subordinates, you should be doing your job,” she said.

Thomas said that while she didn’t know Montgomery personally, her story made her fearful. She said she has trying to get out of the service since last year but was repeatedly denied until now.

Others on TikTok have criticized the military in Thomas’ comments.

“Nobody took PFC Montgomery serious so ima take you serious !!!! I am saving this video SGT,” one user said.

“There was some very weird things being done to me by leadership while I was in the Army. I had to get out or it was going to end badly,” wrote another.