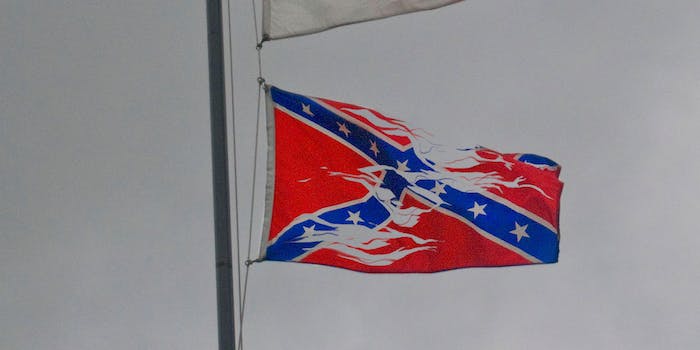 As Confederate flags come down at state houses across the country and disappear from the shelves of popular retailers, discussion has now turned to places named after Confederate leaders and soldiers.

Amid the ongoing furor over legacy of the Confederate flag and its place in American culture today, many have proposed stripping the names of Confederate leaders like Gen. Robert E. Lee and Gen. Stonewall Jackson from public schools and other government installations.

This discussion has begun to zero in on a number of major U.S. Army installations named after soldiers who fought for the pro-slavery South during the Civil War.

“These historic names represent individuals, not causes or ideologies.”

“There are 10 U.S. Army bases named after Confederate officers,” writes USA Today columnist Jamie Malanowski. “On the face of it, this notion seems absurd: How could the U.S. Army maintain bases named after generals who led soldiers who fought and killed U.S. Army soldiers; indeed, who might have killed such soldiers themselves?”

It’s a question being asked directly of Army leaders and Pentagon officials. This week, the U.S. Army explained why it has no plans to change the names of its bases.

“Every Army installation is named for a soldier who holds a place in our military history,” the Army’s chief spokesman, Brig. Gen. Malcolm Frost, told McClatchy News Service. “Accordingly, these historic names represent individuals, not causes or ideologies.”

Many of these bases are located in the South and were built and named in the early 20th century, in the ramp-up of U.S. military operations for World War I & II. Many of the bases were given the names of Confederate heroes to encourage Southern enlistment during these wars. As Frost put it, these bases were named “in the spirit of reconciliation, not division.”

Writing for Time, retired Army officer George Eaton says he understands why this was done at the time, but he suggest that now the Army should consider changing the names of these bases to Southern Military heroes who were not part of the Confederacy.

“I would suggest renaming Forts Bragg, Hood, Polk, and Benning after other native sons from those states who supported the Constitution of the United States while also performing admirably in battle,” Eaton wrote, listing a slew of possibilities, like former President Zachary Taylor, Revolutionary War hero and native Georgian Nathanael Greene, or William C. Lee, a North Carolina native and “Father of the U.S. Airborne” during World War II.

Despite a growing public outcry, it doesn’t sound like Army leaders will be fielding suggestions for new names anytime soon.

Pentagon spokesman Army Col. Steve Warren told McClatchy that it’s up to each branch of the military to determine the names of its installations, and that there are no plans to change any of them at this time.

Photo via Ron Cogswell/Flickr (CC BY 2.0) | Remix by Max Fleishman