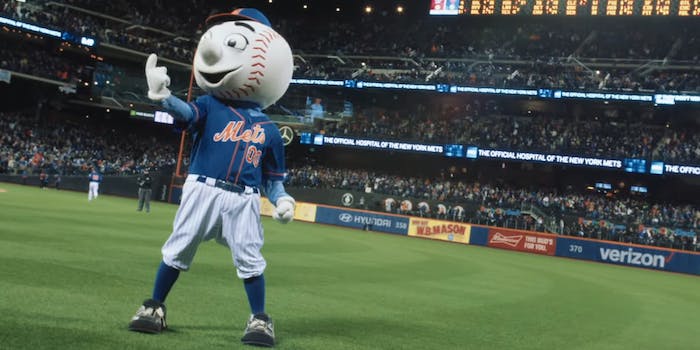 Quillette, the favorite website of right-wing intellectuals, published then pulled an article written by “Archie Carter,” a supposedly Marxist-Leninist construction worker with no digital footprint who slammed the Democratic Socialists of America (DSA) on Thursday.

In “DSA is Doomed,” union member and pessimistic-despite-the-recent-win-streak New York Mets fan Carter describes his disappointment and disillusion with the emergent democratic socialist movement after attending meetings, which he says he found “dull and uneventful.”

But it turned out the entire post was a hoax.

After recounting reflections made on the events over cocktails and Budweisers with his friends, Carter goes on to complain that the DSA was just “too educated, too privileged, too elitist” and was simply a stage for “the radical posturing of white middle class college kids, plagued with guilt about their own privilege.”

Within the first hour of the article’s publication, however, Twitter conversation was focused more on Carter than his article.

Using what little information was available on Carter—who in his author bio said he was from Queens and “when he’s not at union meetings, he’s watching the Mets blow a lead”—users began to scour the internet for answers.

After a little fact-checking, The Nation writer Annie Shields found that “there is no record of an ‘Archie Carter’ ever attending an NYC-DSA meeting or event” or Labor Branch meeting.

A quick fact check shows that there is no record of an "Archie Carter" ever attending a NYC-DSA meeting or event, but this probably wasn't fact checked! https://t.co/gJnSNM14nC

It's too bad that Archie the old-fashioned-drinking construction worker never made it to a meeting of the Labor Branch, which is chaired by a member of the Carpenters Union. I'm sure he heard about it at some point during his extensive activity in NYC-DSA.

Some were beginning to suspect that Archie Carter was a pseudonymous reference to 1930s labor organizer from Iowa, while others suggested that it was an amalgamation of fictional blue-collar TV character Archie Bunker and DSA-endorsed Democrat lawmaker Lee Carter.

The mystery over Carter’s identity soon gave way to some Archie Carter memes, as Twitter endorsed the idea that he was merely a caricature.

Out on the town having the time of my life with my comrade Archie Carter. He's just out of frame, laughing too pic.twitter.com/UEzh39rasM

The meme also spawned a parody account, @ArchieOfQueens. [Update: It turns out this account was that of the hoaxer]

Lotta ppl mad abt the truth it seems

The Daily Dot reached out to Quillette late Thursday for comment. Within an hour of the Daily Dot’s inquiry, the article was taken down from the website.

Folks, the Archie Carter digging has begun. Apparently @Quillette pulled the article shortly after @davidmgilmour called them to ask about it. https://t.co/WoaGVaNYv6

Quillette did not provide an explanation on their site as to why it was pulled, but it’s likely because it wasn’t ever real.

Update 7:00am CT, Aug. 9: Quillette editors issued an apology for the ‘DSA is Doomed’ article in a retraction notice published on the publication’s website. Editors said that the decision to pull the article was made after they “got a tip that it contained false information.”

Since the Daily Dot first reported on the Archie Carter article, the hoaxer’s was interviewed by Jacobin magazine and his identity verified. The 24-year-old Illinoisan troll, a self-described left-populist, told the reporter Aaron Freedman that he had fed Quillette the story to expose the ideological nature of the publication.

In addition to divulging information on Quillette’s “negligent” fact-checking processes to Jacobin, the author revealed that editors had “embellished” his original draft to include additional stories.

Quillette is yet to comment on this critique of its internal practices.