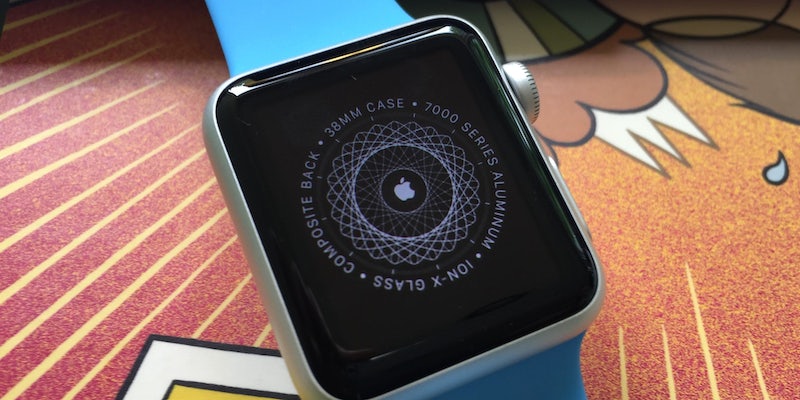 My first hour with the Apple Watch

It was a 60-minute whirlwind of emotion.

The Apple Watch is officially in the wild. Naturally, here at the Daily Dot, we’re eager to begin putting it through its paces. But before you can run, you have to learn to crawl or whatever. Here goes. 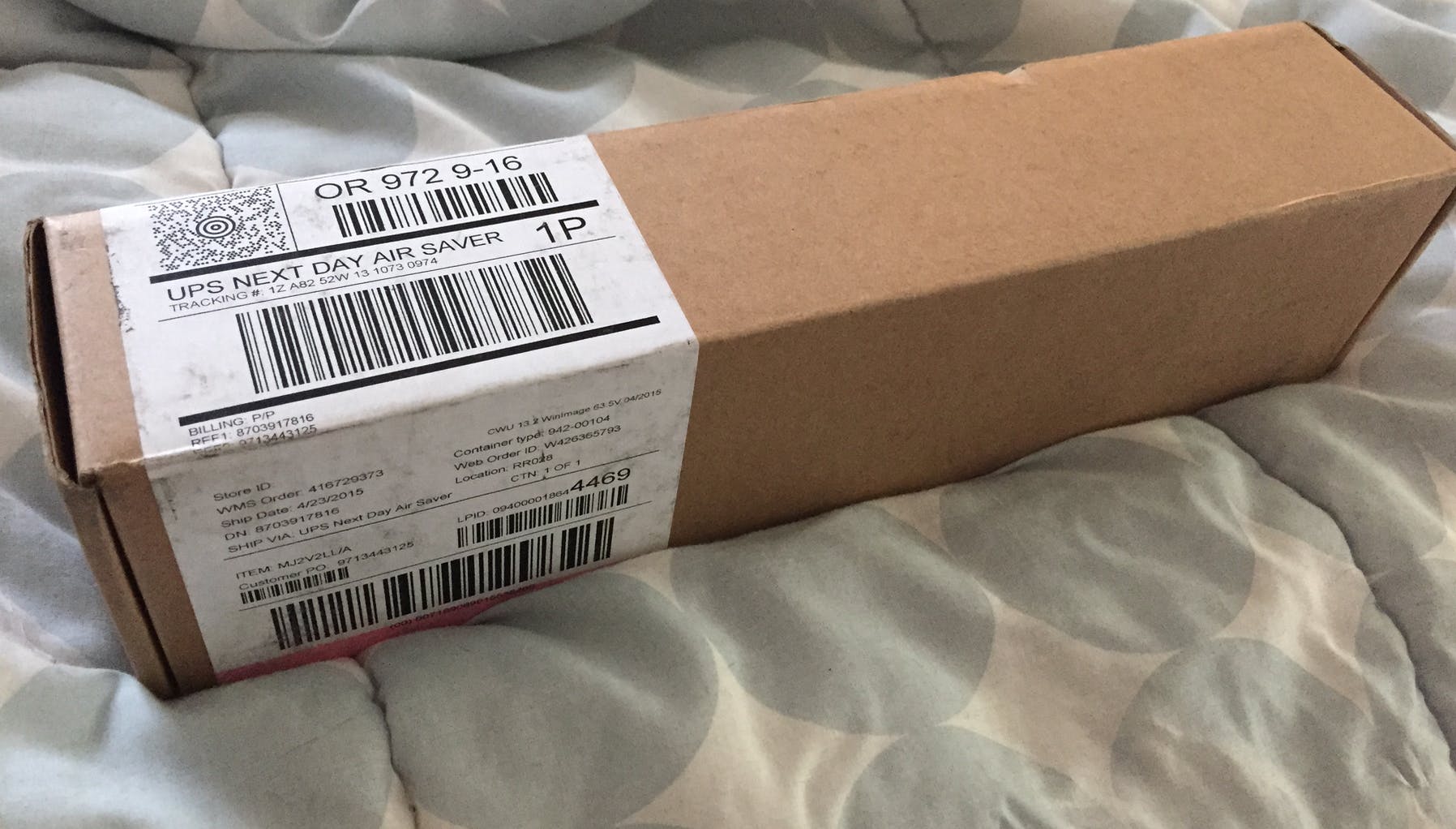 12:22pm PT: As I reluctantly work from home, I hear a light knock and basically fall down my stairs to get to the door in time. (It’s here; eeeeee!) I ask the UPS guy if he’s had a lot of these packages this morning (they are distinctively long and heavy) and he sighs: “You wouldn’t believe.” He shows me on his delivery screen that someone in a different part of Portland ordered three and explains that he’s organized a particular section of his truck just for those telltale long boxes. I tell him that they are Apple Watches and that seems to explain a lot. 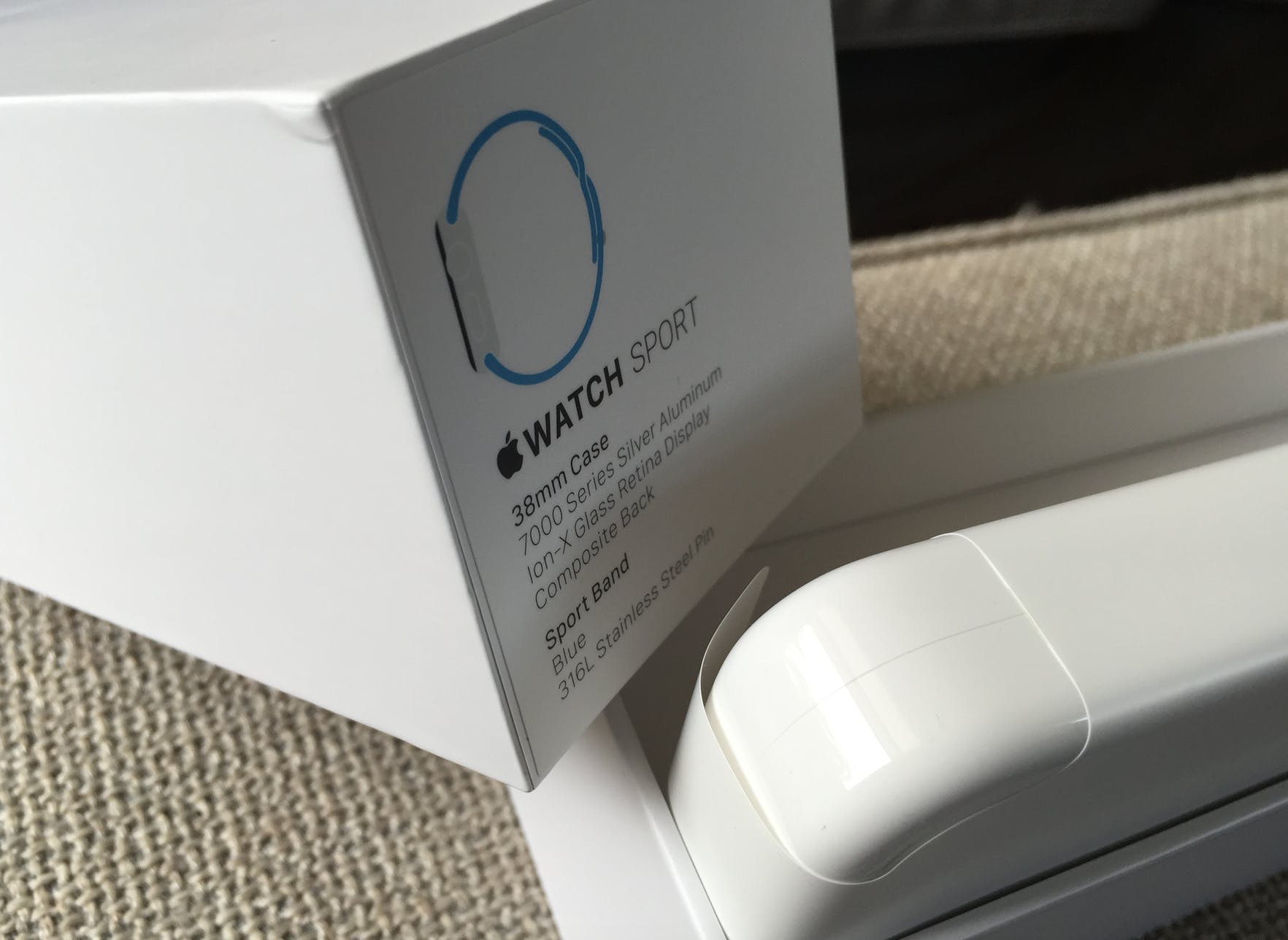 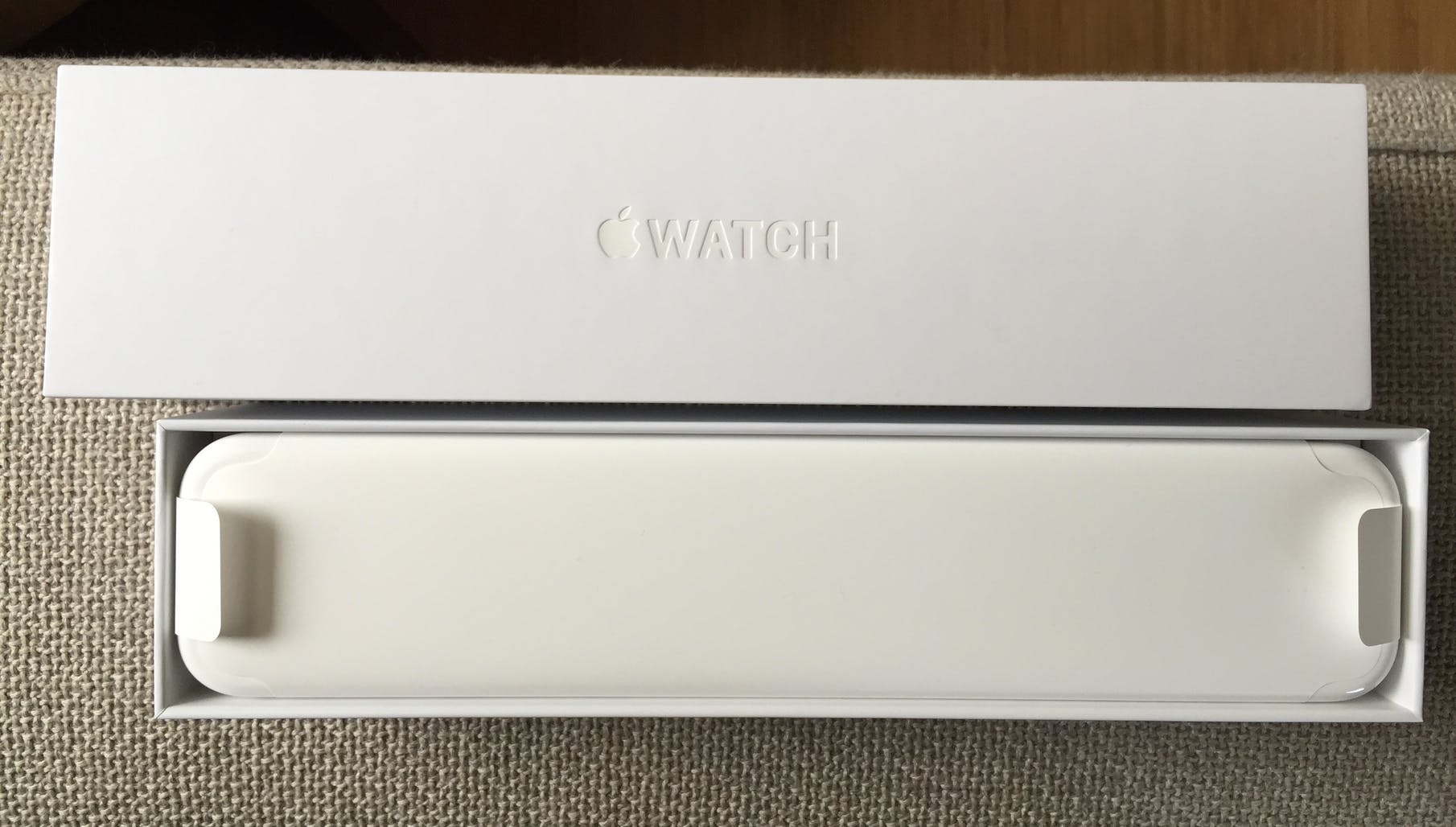 12:29pm PT: The box is really heavy for its size. I can’t imagine how it’d feel if I’d ordered the Edition edition—the Sport version already weighs a not-literal ton. The box feels like an actual gold bar. Unfortunately, mine is full of aluminum and fluoroelastomer. I’m no 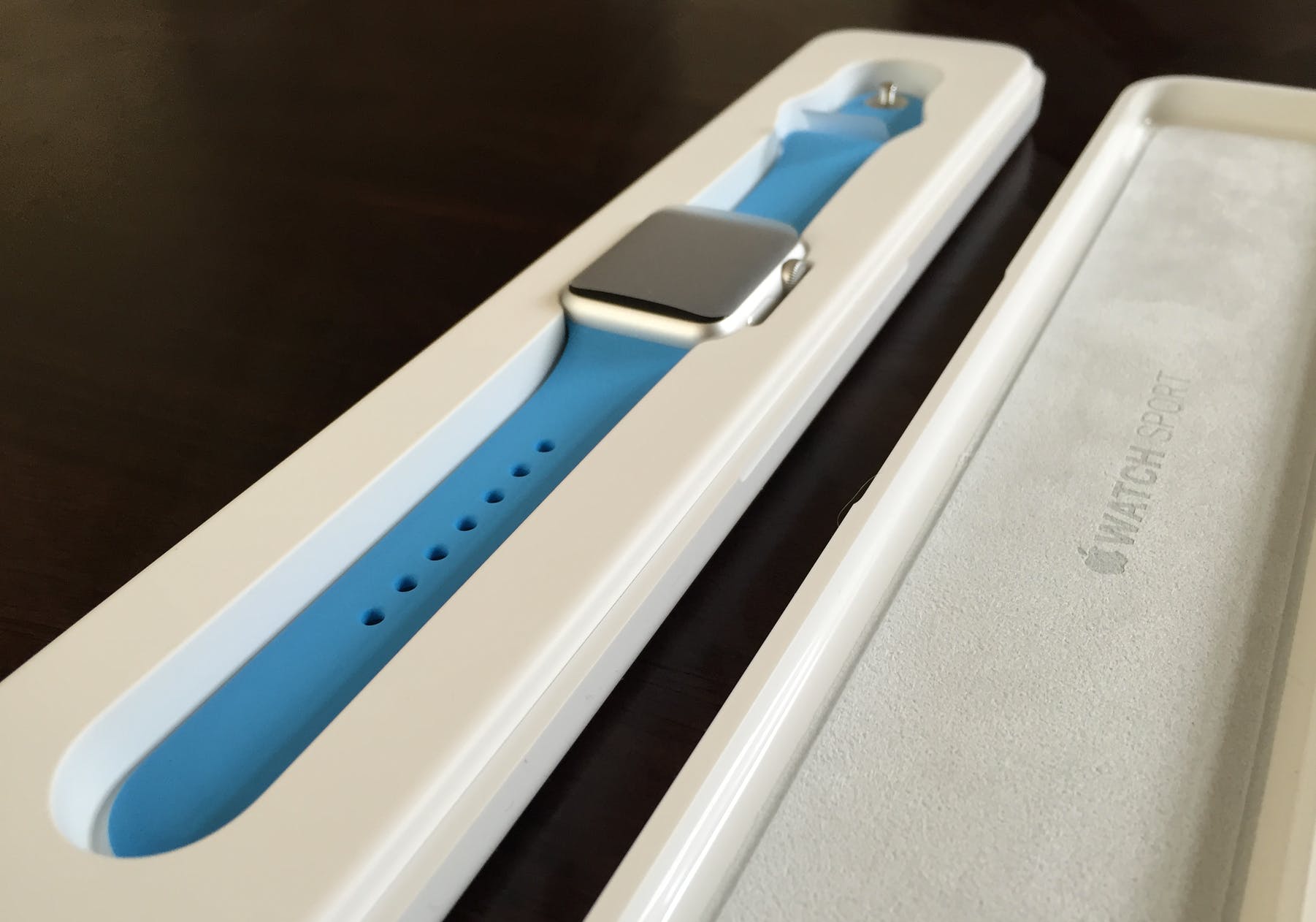 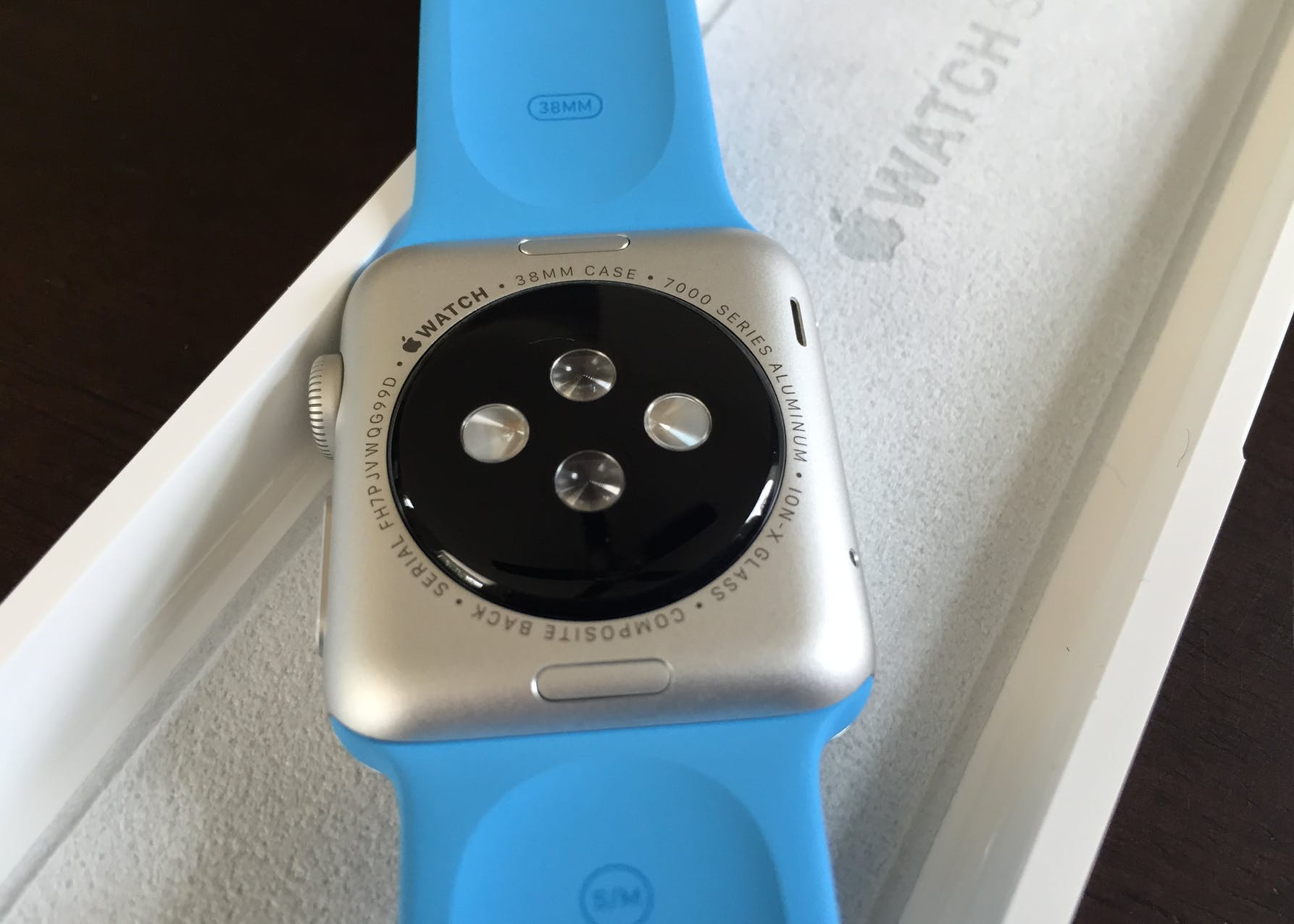 12:33pm PT: OK, I should really figure out how to turn this thing on. It’s not at all obvious to me how to do so, so I press all the buttons. Nothing happens. I turn away and look back a few seconds later and it’s on. I did a thing!

After some fumbling around, I get the Apple Watch to pair with my iPhone 6 and remember that, oh yeah, this whole thing relies on Bluetooth. Bluetooth is the worst. I typed a code onto the tiniest virtual buttons ever, and now it wants me to “install available apps.” I can choose “install all,” which seems like a kind of crazy option so I don’t do that. I mean how many apps are there? What kind of option is that? 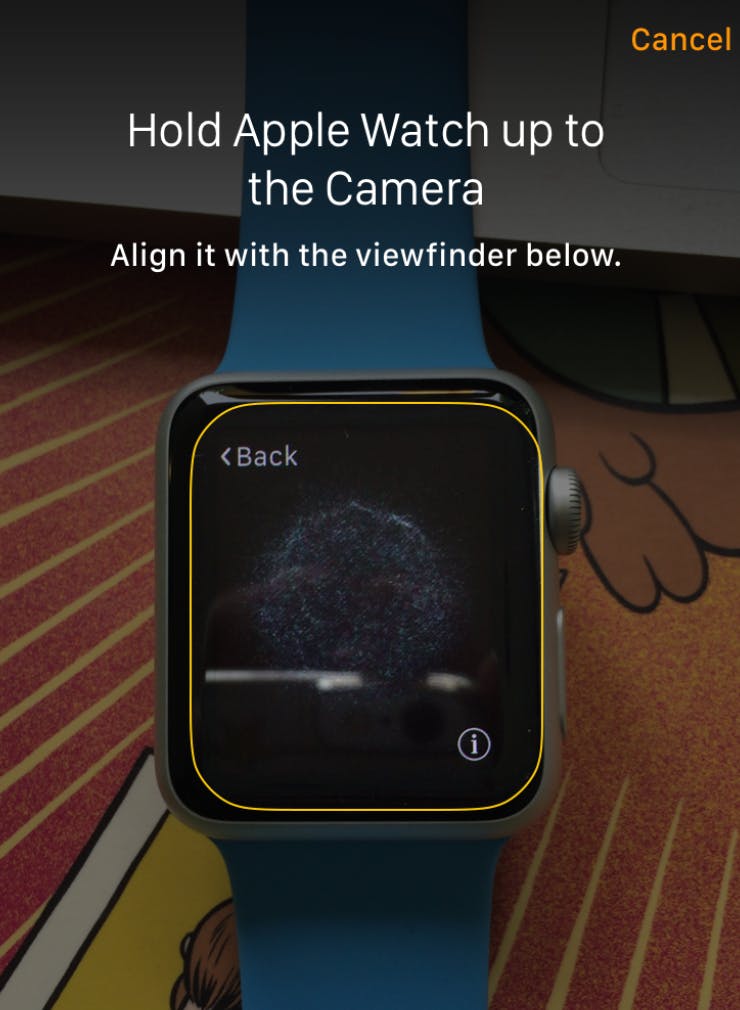 12:36pm PT: Now it’s syncing with my phone, so I’ll take this time to admire the thing itself, which in this case is decidedly sporty-looking. I ordered the 38mm Apple Watch Sport version with the blue band, though plan to keep a semi-backordered Space Gray sport version for myself. The silver aluminum on this version has a playful, iPod-esque vibe, but the fancy rubbery band feels really comfortable and not sticky like a Pebble watch band.

Going between the watch itself, my iPhone 6, and my computer, I just pressed my MacBook’s screen as though it was a touch display. My brain is feeling a little weirded out by the new screen in its life, but maybe I just need lunch. 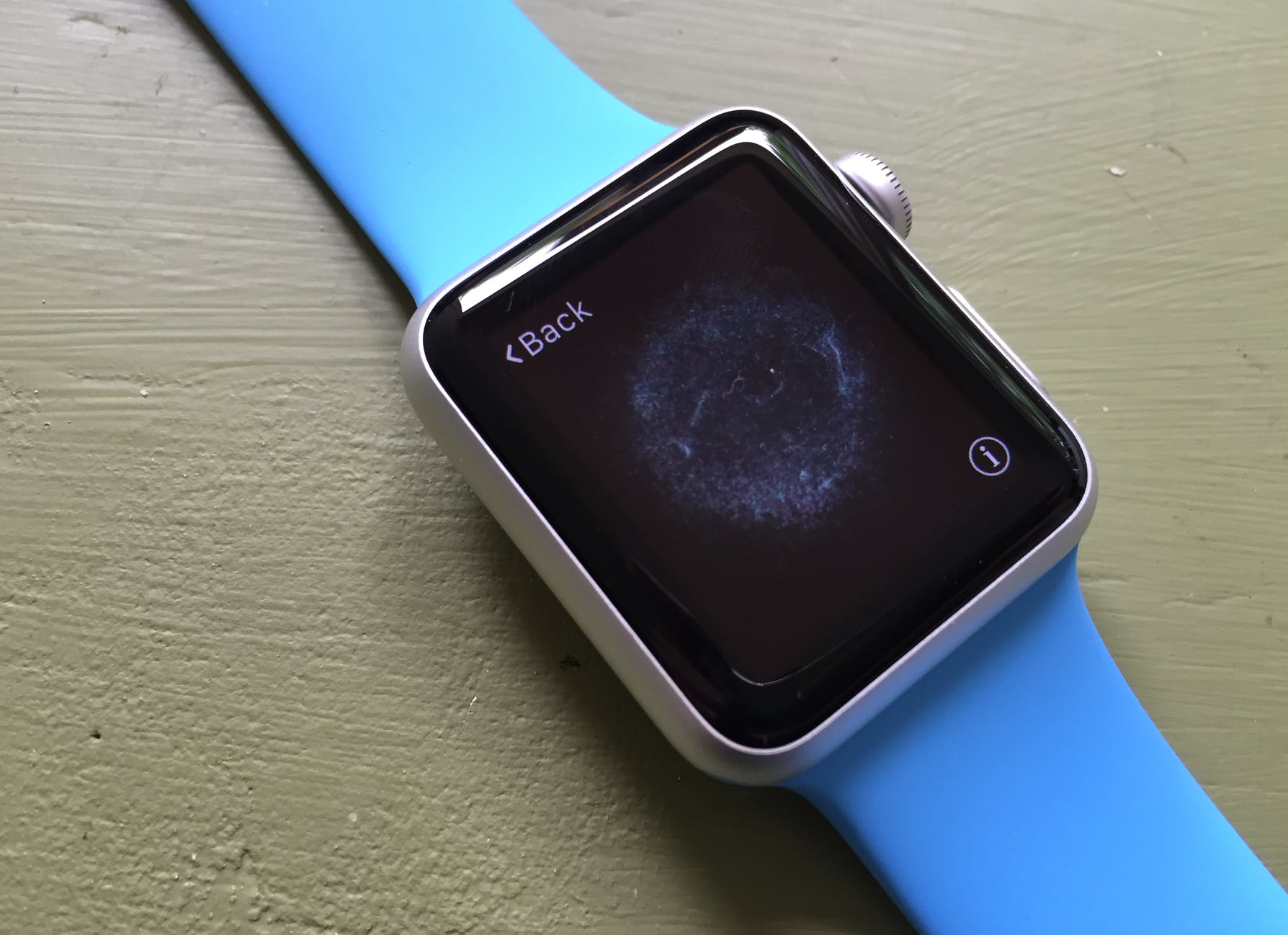 12:47pm PT: After waiting for a long time for it to “sync” (???), I’m back in business. Trying to put the watch on feels kind of hard, like maybe I need a friend or a personal assistant, two things I have wanted for a long time.

12:55pm PT: OK, now it’s most definitely almost on. I send my housemate a text that I dictate to my wrist; it feels like a relief to not reach for my phone. Emoji looks good, just like it does on the iPhone, because obviously emoji is the most important thing. Apparently the Apple Watch isn’t quite up to speed with the latest iOS update though, and some emoji get those weird little modifier symbols. Undeterred, I send snake emoji after snake emoji.

1:07pm PT: Yes, I did just spend 12 minutes sending snakes to various people in my life. Realizing that tapping the button below the digital crown brings up my favorite contacts, I pause to reflect on my rich array of interpersonal relationships to choose the people who will be least horrified that I am a Day One Early Adopter. I settle on my housemate (she’s already seen some snakes) and my girlfriend because they are both tech-savvy and inexplicably full of patience for my misadventures in personal technology.

I dictate a few more texts and while the dictation works well, I have to press this teensy tiny “send” button after I’m done speaking, which seems like a hassle. Time is money and money buys Apple Watches!

1:15pm PT: My first hour is almost up and I have already formed a number of Strong Opinions, most of which I will probably fiercely disagree within a week or perhaps an hour from now.

The thing on my wrist nudges me—literally nudges me: Hey, it’s time to stand up. In my mind, my Apple Watch has the voice of @chillsitch. I stand up from my office chair without even considering not doing so.

We leave the room together.