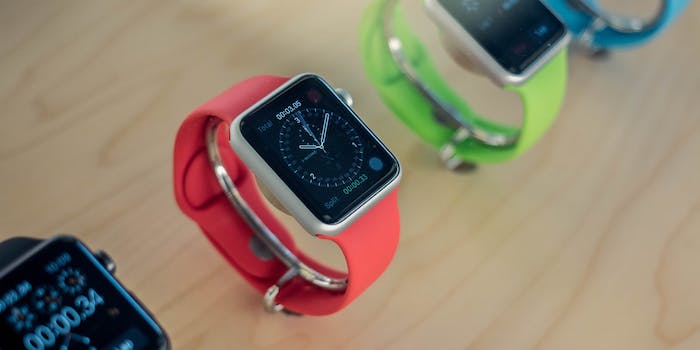 A moment in Apple Watch history

A historical look at why declaring success or failure is a pointless exercise.

There’s been a lot of chatter lately about how many units the Apple Watch has or hasn’t sold. Third party analysts are spewing estimates that suggest slowing sales and diminished demand, and some seasoned tech writers are urging readers not to read too much into it, while others are doing their best to carry on their own predictions of ultimate failure by taking it all at face value.

I’m not going to do any of that—partly because I don’t think sales numbers mean anything unless they come from a company itself, and because I don’t really care how many units the Watch has sold thus far.

Still, Apple may have learned these important lessons only partially, and too late. The iPod works only with the iTunes service, and has a $0.99 fee-per-song pricing structure. Dell/Musicmatch and Napster offer consumers more choice. Their Windows-based players and services are interchangeable; they sell individual songs and let users listen to (but not keep) as much music as they want for flat fees of less than $10 per month.

So Apple’s venture into online music is beginning to look like yet another case of frustration-by-innovation. Once again, Apple has pioneered a market—created a whole new business, even—with a cool, visionary product. And once again, it has drawn copycats with the scale and financial heft to undersell and out-market it. In the end, digital music could turn out to be just one more party that Apple started, but ultimately gets tossed out of.

What you just read is what some were saying about the iPod in January of 2004, roughly two years after its debut. At that point, iPod sales looked like this:

Steve Jobs has been wrong before. One of his earlier projects before he was ousted as the Apple CEO (and obviously before he was re-hired later) was the Apple Lisa. It was a computer built in 1983 with a graphical user interface and features now associated with a modern computer—significantly ahead of its time in 1983. Unfortunately, it was horribly expensive and ended up as a commercial flop.

The iPad could be even worse. At least the Lisa was ahead of its time. The iPad isn’t ahead of anything, but it’s certainly expensive. Tablet computers didn’t flop when HP was making them because HP lacked vision or creativity; they flopped because tablets were a bad idea. They’re not as useful as a laptop, and they’re not mobile enough or cheap enough to replace a smartphone—and of course, they can’t make phone calls.

This opinion was published on April 4, 2010, the day after the iPad was released. After one quarter on the market, iPad sales looked like this: 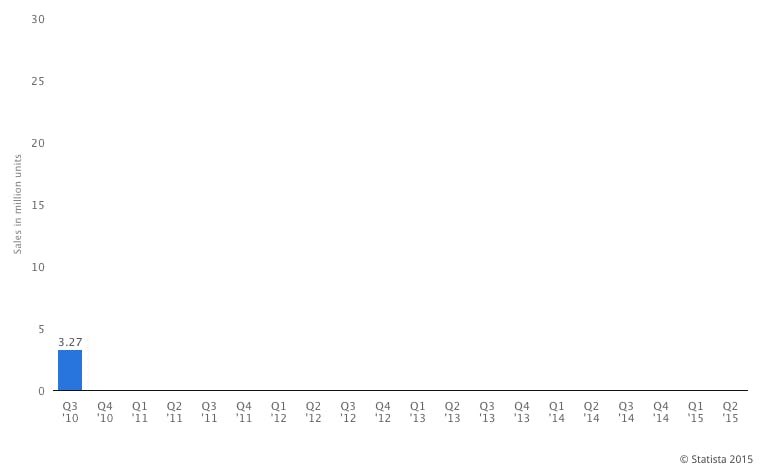 Day one sales estimates put the overall number of tablets at a few hundred thousand, but there was no confirmation from Apple at that point. Today, iPad sales history looks like this: 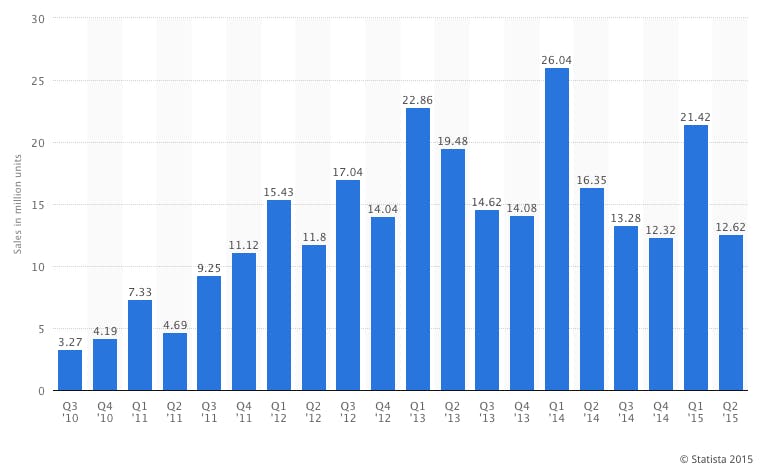 Those numbers are in millions, by the way.

The iPhone is certain to fade into history as another cool Apple innovation, that others soon rushed competitive, like-products to market, blowing away any significant lead Apple might have.

When the above was written, iPhone sales looked like this: 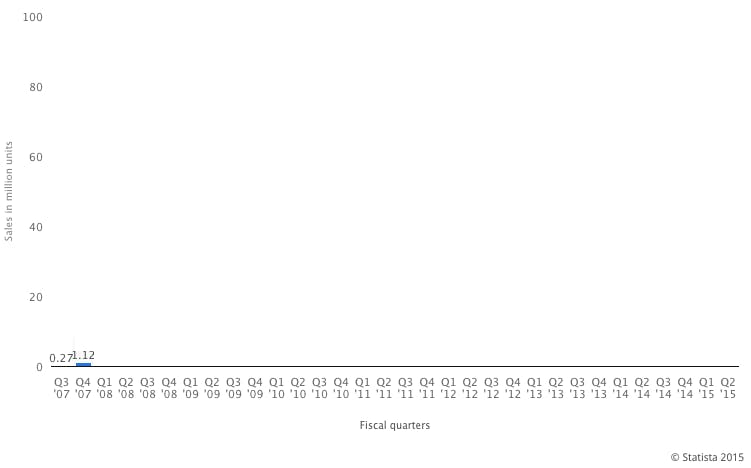 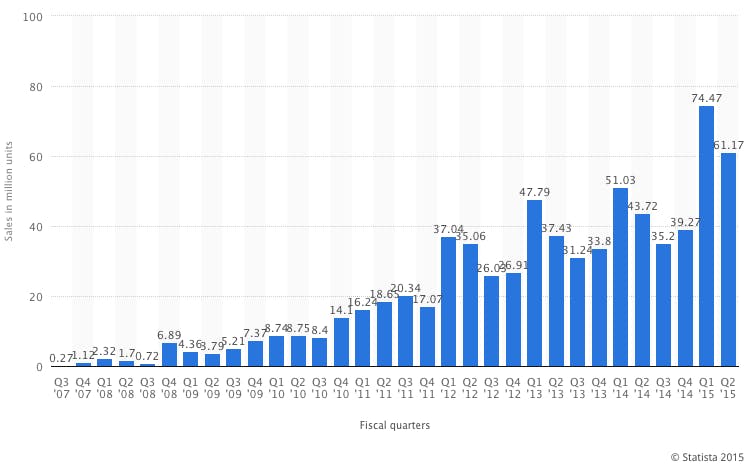 Here are the official Apple Watch sales figures as of right now: 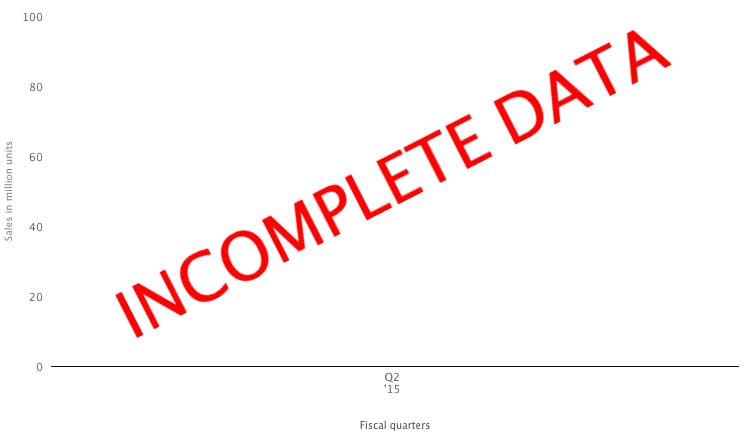 Today, we know as little about the future of the Apple Watch as we knew about the iPod, iPad, or iPhone after the first few months of availability. We know literally nothing official in terms of sales, and we have zero idea how accurate of a picture third party analysis has given us.

What we do know is how Apple’s mobiles devices have performed historically, with slow starts and long tails, and perhaps most importantly, we know how history has painted those who prematurely called each of Apple’s past three mobile gadgets failures.

Is the Apple Watch a success or a failure? The short answer is it’s neither. The long answer is something we’re going to have to wait years to find out.