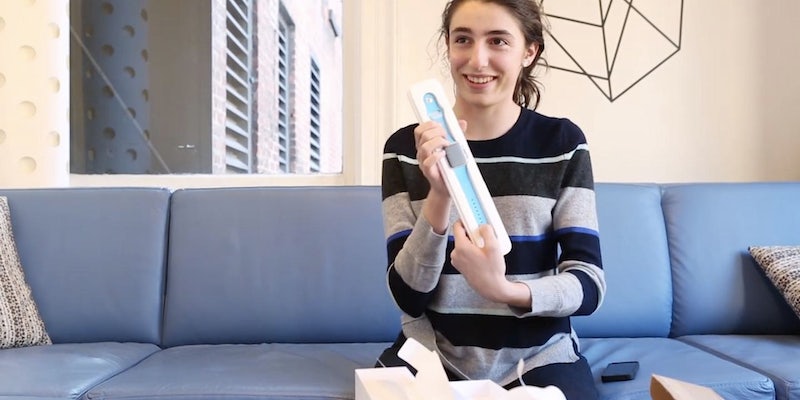 If you want to know how people really like the Apple Watch, check back in a year

Is the Apple Watch a double-edged sword?

Whether you love it, hate it, or plan to steer totally clear of it, the Apple Watch is an experimental device, one with the potential to change the way people interact with personal technology. That’s exactly why one group intends to track Apple Watch users for an entire year.

Conducted by marketing company MBLM (which notably trades in something it calls “brand intimacy”), a study will follow a small group of people ages 13 to 65, tracking their use of the Apple Watch for 12 months.

The 11 participants have already begun providing data. Most notably, they report less iPhone use, which is more or less the whole idea. Participants used the Apple Watch to check not only basic information like the time and weather, but also to read emails, Twitter feeds, and text messages.

“With the watch, technology is further shifting from something we use to something that is a part of us and that enhances us,” MBLM wrote in their week one findings. We’ll see if that tune changes over time.

In light of research suggesting that people checked their phones more than 1,500 times in a week, the Apple Watch stands to make an impact on a small but meaningful kind of behavior. It’s worth noting that MBLM’s study does not address how many times users revert back to their iPhones to carry out a function.

In its first iteration, the Apple Watch is heavily dependent on its proximity to the iPhone to which it’s paired. Unsurprisingly, users found it wasn’t nearly as functional when not near the iPhone.

Despite participants’ overall acceptance toward the Apple Watch in the first week, how they feel about it over time could indicate the future success of the watch. The wearable device market knowingly grapples with the reality that many users abandon wearable technology after a few months. But Apple, a large company with a multi-million person user base, seems to have created something with an unprecedented potential.

“It’s not a mini iPhone or anything of that nature,” another user said. “It feels like its own beast.”