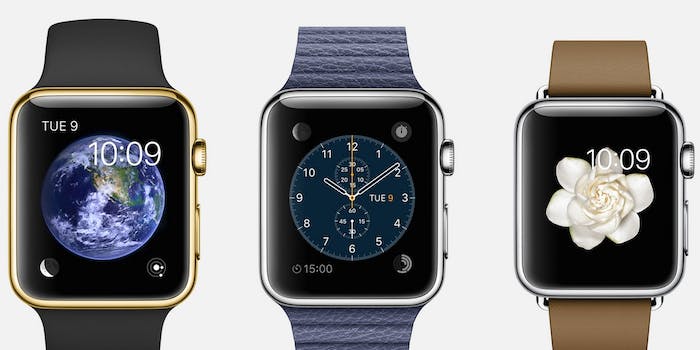 If you need it to last all day, get ready for some bad news.

The Apple Watch is likely to be available in a few short months, and as with all wearables, battery life will be a chief concern. Many people won’t want to invest in a smartwatch that can’t last an entire day.

According to a report from 9to5 Mac, which cited unnamed sources, the battery in the Apple Watch will last for 19 hours of “mixed usage,” meaning using applications, tracking one’s fitness, and simply checking the time throughout the day.

The company’s battery life targets include 2.5 hours of “heavy” app use (constant gaming or other battery-draining activities) and 3.5 hours of “standard” use. If you use your Apple Watch nonstop, you might make it through the morning.

9to5 Mac reports that fitness-tracking software will reportedly be less battery-intensive, allowing for four hours of exercise before the battery dies.

These are simply company expectations, and the company is still testing the technology. Furthermore, even if these are the specs now, the situation could change—for better or worse—by the time the watch is released.

The actual battery life may not live up to expectations, especially in the first-generation device. Apple says the device will need to be charged at night, the same time most of us plug in our phones. But if the Apple Watch doesn’t last a day, the wearable will be doomed.

Maintaining solid battery life while also making a device small and comfortable enough to be worn regularly is a challenge for device makers. Because the Apple Watch will reportedly feature an S1 chip for high performance on your wrist and a screen like other mobile devices, its juice could drain fast.

Wearables like the Pebble smartwatch have decent battery life thanks to their e-paper screen technology. The watch is backlit when activated, but it’s also readable when not backlit, unlike traditional LCD screens. The Apple Watch will be a black screen when it’s off—you won’t be able to see the watch face unless you turn on the screen.

Connected jewelry or fitness trackers with limited features and subtle notifications like Ringly or Jawbone allow people to wear the device throughout without worrying that backlit screens are seeping away their power.

Battery technology isn’t advancing as quickly as the devices these batteries will power, but some companies are working on ways to improve mobile power sources. One such invention is flexible batteries, which not only take up less space on the wrist but also last longer than traditional lithium batteries.

When Apple releases its first smartwatch later this year, buyers should be wary about the device’s actual versus theoretical battery life. But if Apple can get this crucial statistic right, then the wearable starting at $349 might actually be “smart,” after all.