How good does the Apple Watch look on my cat?

The magic of augmented reality has finally been realized.

Preorders for the Apple Watch don’t even go live for another two weeks, but there’s already a ton of hype around the iPhone-maker’s first foray into smartwatch territory. One app maker from Belgium has even created an augmented reality app that lets you virtually try on the watch right now, rather than waiting until you can do it here in the real world. 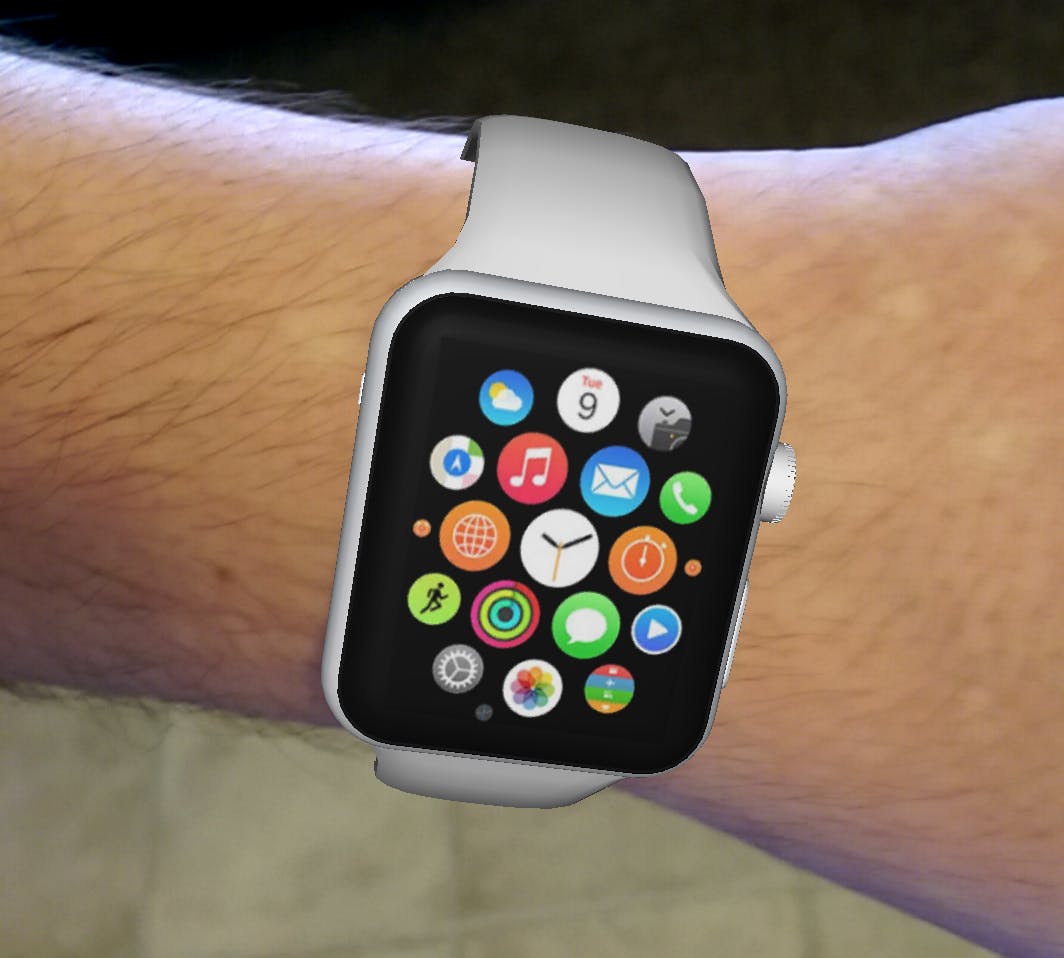 It’s called ARWatch, and while its creators—a development studio called Underside—don’t actually use the word “Apple” in the app’s name or description, it’s pretty obvious what they are going for. The app requires you to print out a small AR marker and then place it on your wrist in order to see how the Apple Watch will look on you.

It’s a pretty slick little app, and it serves its intended purpose. That being said, there are obviously other things you can do with the AR marker that the directions don’t tell you, like letting your cat be the very first feline to wear Apple’s new smartwatch. 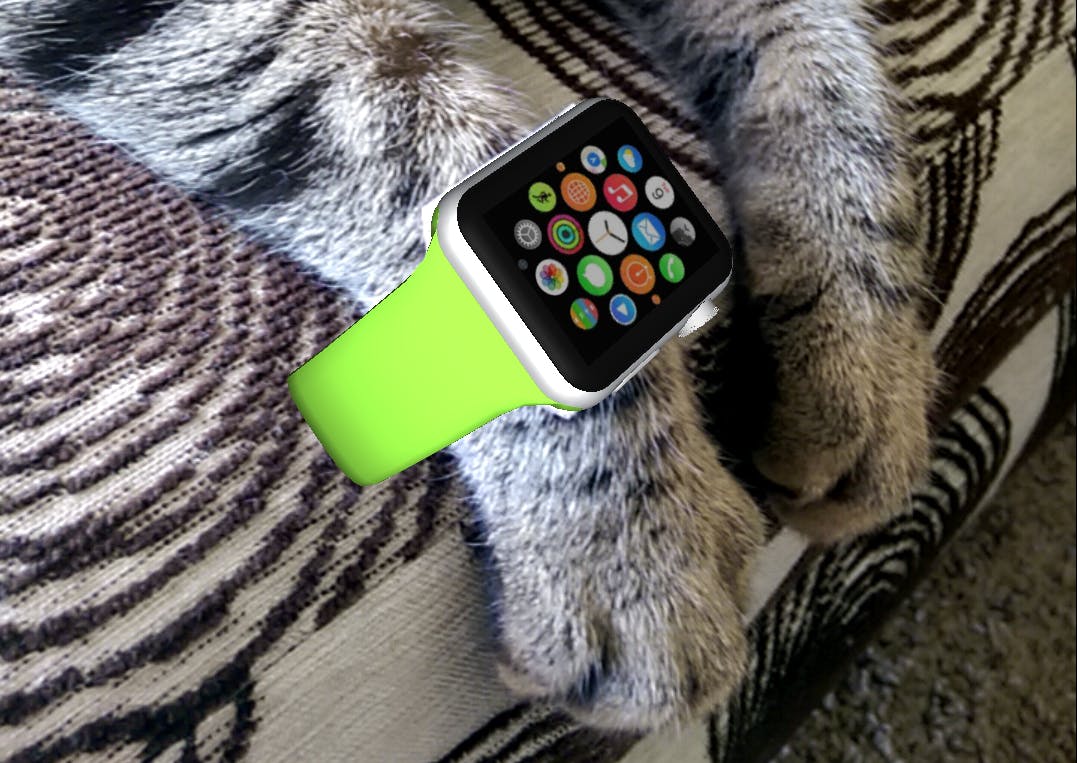 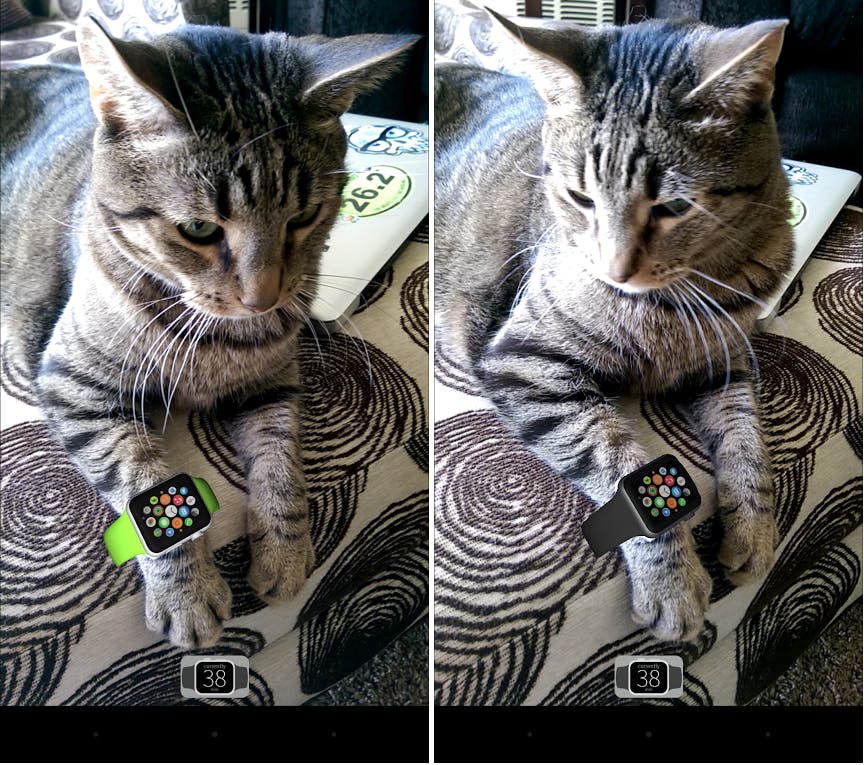 If you feel like giving the Apple Watch a virtual whirl, it’s certainly worth your time to download the app and try it out. Bonus points if you manage to get your pet to sit still long enough to do the same.