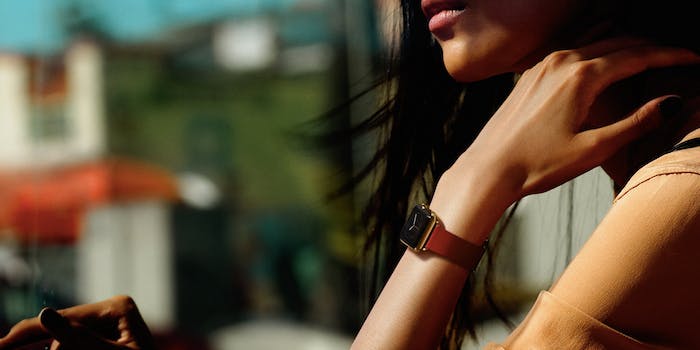 The Apple Watch is coming in April

Apple's first wearable is on its way, but how much will it cost you?

Apple unveiled the Apple Watch back in September, and said the device would be available by “early 2015.” Now we have an official date, and Cook said “development for Apple Watch is right on schedule.”

We’ve got a launch date, but some specs are still a mystery. While many people are eager to get their hands on the device, some early reports suggest battery life in Apple’s first wearable might not last all day, a serious downside to the device that’s part fitness tracker, part smartwatch, and part fashion statement.

The price point is still unknown, too. The cheapest Apple Watch will start at $350, but higher-tier devices like the 18-karat yellow or rose gold Apple Watch Edition are expected to retail for much more—some estimates suggest the devices could be sold for several thousand dollars.