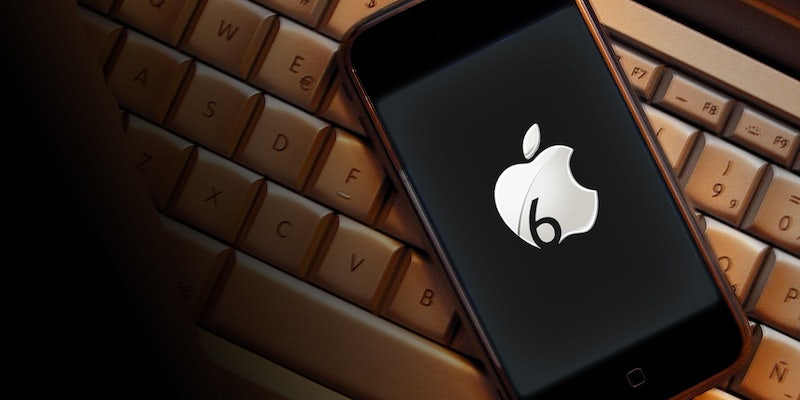 Everything you need to know about Apple’s iPhone 6 event

Everything you need to know about Apple's Sept. 9 event.

The time has come, as it does every year, for Apple to unleash a flurry of products that will most likely thrill you (while simultaneously making your bank account a bit lighter) and dampen the spirits of tech executives around the world.

Yes, the iPhone is coming, but unlike previous years, it won’t be the only device to tempt your wallet. Apple is going all in this year, and we’re here to prepare you for the incoming onslaught.

Not one, but two, maybe even three iPhones

Yes, Apple is coming with a larger iPhone. A 4.7-inch iPhone will be announced on Tuesday, Sept. 9. Alongside that larger device, an even larger iPhone is expected to be announced, according to Bloomberg.

Even with Apple deciding to release a bigger iPhone, there has been no indication that the company will do away with the 4-inch iPhone. The 5S will drop in price, of course, as Apple is prone to do with last year’s iPhone, but a new 4-inch iPhone is a possibility.

Apple has sold 500 million iPhones, and it wasn’t because people hate smaller phones.

Apple has struck deals with American Express, Visa, Mastercard, JP Morgan Chase, Citigroup, Capital One, and Bank of America—the largest financial institutions in the United States—for its new mobile payments system, according to reports from Bloomberg and Bank Innovation.

This means you will soon be able to pay with your iPhone, as you would with your ATM or credit card. This feature was largely made possible due to the introduction of NFC on the new iPhones, and the security of Touch ID, and the secure enclave in which Apple stores fingerprints on each iPhone.

Apple will introduce a wearable device, commonly referred to as an iWatch, during its event next week, sources confirmed to us. The Financial Times is reporting the iWatch name is unlikely to be used, even though Apple trademarked it back in 2013.

No matter what Apple decides to call the device, it is supremely confident that it will be a hit. In a report on the wearable industry, The New York Times has Apple design chief Jony Ive telling other Apple designers that Switzerland—the fine watchmaking capital of the world—is in trouble.

The iWatch is expected to come in multiple sizes, and provide a plethora of health information for the wearer, as 9to5Mac reported. With input from the former heads of fashion houses YSL and Burberry, as well as design chief Jony Ive, the iWatch should be easy on the eyes, to say the least.

This year, even with everything that has been reported, Apple has managed to keep its plans close to the vest. From past experiences, we know that Apple always has something unexpected up its sleeve, and there will be a surprise. Thankfully, this time you will be able to watch it live, as the company has decided to livestream the event.

You can watch it at 1pm ET on Tuesday Sept. 9, if you have an Apple device. Yes, Apple still doesn’t like Windows.

Photo via Enrique Dans/Flickr (CC BY 2.0) | Remix by Rob Price