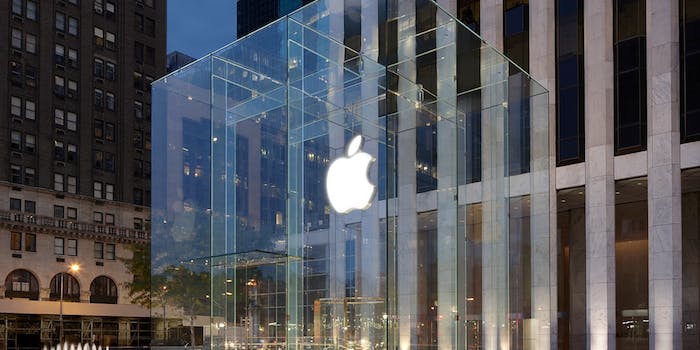 More money than God is an understatement.

Apple is off to an explosive start in 2015. Buoyed by record-setting sales of its largest iPhone to date, Apple generated an all-time record revenue of $74.6 billion.

Looking back to 2014 for a little perspective, the company brought in $57.6 billion in revenue with $13.1 billion in profits. In the year-ago quarter, Apple sold 51 million iPhones and 26 million iPads—already record-setting numbers at the time.

“We had the highest number of customers new to iPhone last quarter than in any prior launch,” said Apple CEO Tim Cook on the company’s first quarter earnings call. Cook noted that the iPhone 6 and 6 Plus launch saw the highest rate of Android users converting to the iPhone in three years (before that time the data was not measured).

Apple won’t release specifics about how many units each model moved, but the 4.7-inch iPhone 6 outsold its larger sibling. “The iPhone 6 was the most popular iPhone last quarter,” Cook said. “But obviously to sell 74.5 million, they were all popular.”

Geography guided where the iPhone 6 Plus overtook sales of the iPhone 6, which is in line with the phablet form factor’s established popularity in Asian markets. Cook noted huge growth for its products in Brazil and mainland China in particular.

Speaking to channel inventory of iPhone units, Cook noted that the company only just struck a balance between supply and demand in January 2015, which means it could have sold even more iPhone units had the company figured that out sooner. That fact shouldn’t be a surprise to anyone who camped out for an iPhone 6 Plus and came away empty-handed on launch day.

All told, Apple ended the first quarter of 2015 with a $178 billion cash war chest, meaning that it could buy almost five Ubers, about 18 Snapchats, or 178 Instagrams circa 2012 without even using Apple Pay.