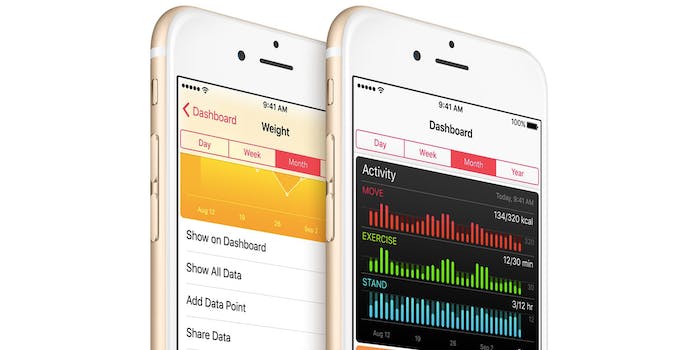 You can register with a tap.

You will soon be able to register to be an organ donor through the Health app on your iPhone. Apple is rolling out the ability to sign up for the national organ donor registry through the app when it releases iOS 10 in the fall, the Guardian reports.

In the U.S., 120,000 people are waiting for an organ transplant, and 22 people die each day waiting for an organ. The national registry keeps a database of folks who would like to donate their eyes, tissue, and organs upon death; according to Donate Life, one person’s donation can affect the lives of up to 60 people.

Users will be able to tap a button within the Health app in iOS 10 to register.

Apple’s decision to implement the donor sign up feature was inspired by the wait time Steve Jobs experienced in 2009 while waiting for a liver transplant, CEO Tim Cook told the Guardian. Jobs died from complications of pancreatic cancer in 2011.

It already takes less than a minute to become an organ donor, and you can sign up online, but of the 95 percent of Americans who support organ donation, just 52 percent are currently registered.

Other tech companies are making an effort to raise awareness about organ donation and close the considerable gap between supporters and registrants. In June, the White House announced new efforts to improve the organ donation process, and noted that 12 companies, including Twitter, Facebook, and Tinder are developing tools and awareness campaigns to get one million new registrations and “social declarations” by fall of this year.

Apple unveiled its newest operating system—which it calls its biggest update ever—in June, and it will be available for all mobile users in the fall.