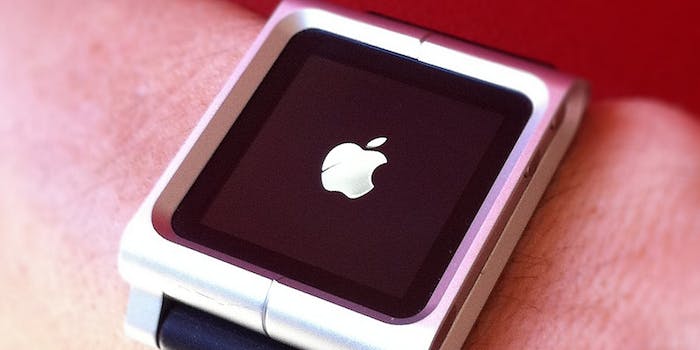 FDA approval would be a game-changer for the forthcoming iWatch.

While the look, feel, price, and delivery date of Apple’s new iWatch (or whatever it’s going to be called) may be subject for debate, most agree the new wearable will do more than tell time.

For those interested in the fitness and health implications of side of wearables, all eyes will be on what specific functions and potential partnerships are announced tomorrow. If other smartwatches are an example, the functions could range from basics (such as taking a person’s pulse, checking blood pressure and heart rate) to tasks like measuring a diabetic’s blood glucose levels. Early reports indicated Apple’s new device will include a number of sensors, possibly including a sweat sensor which can reliably be used to measure precise BG levels. Apple has already revealed it is working with Mayo Clinic, Cleveland Clinic, and the National Institutes of Health on its HealthKit app, which is believed to work in tandem with the iWatch.

Despite all of that development, there remains a lot of red tape. What, if any, of the new device’s functions must be approved by the Federal Drug Administration in order to be legally sold to U.S. consumers? The discussions between Apple and the FDA have been taking place for almost a year and it’s still unknown whether this device and its health monitors will get the FDA seal of approval.

Directionally, here is what we know: FDA’s need to regulate will be based on the intent of the device as a medical monitor. Broadly speaking, if the measurement of heart rate or BG level is used by an individual for such things as nutrition and exercise, it most likely will not require FDA approval (same goes for the Fitbit and the Fuelband). In a meeting between Apple and the FDA in December 2013, a Freedom of Information Act request yielded these notes:

The current mobile medical app guidance indicates that FDA does not view apps that are purely educational or informational as medical devices. Apps that actively measure something are considered diagnostic. For instance, a glucometer would be considered diagnostic because it measures blood sugar; it would not be considered merely information although it “informs” the user of the blood sugar level. The display screen of the glucometer would not be regulated, as it only receives the data and shows it. The software that does the measuring is the part that is regulated.

FDA would regulate this based on the intended use of a device. Using the glucometer example, the glucometer may be unregulated if the intent is for a user to follow their blood sugar for the purposes of better nutrition. If the glucometer is marketed for diabetics, however, it would more likely be regulated as a medical device. FDA looks at how devices are actually used. If the manufacturer advertises the device for an unapproved use or if the FDA sees a lot of off-label use that is potentially dangerous, it may may regulate after the fact.

The FDA’s guidance raises a pragmatic question for Apple. If the company wants to take full advantage of its watch (that is, to directly market it as a medical device) it will need to be in compliance with the FDA. With such compliance, the scenarios are game-changing: A diabetic could wirelessly share his or her BG readings with their physician for more careful management or, under the right circumstance, even share data with researchers who can use individual readings to develop new treatments.

Without FDA approval, the watch offers diabetics little more value than the average drug store glucometer. It also should be noted, in order for the FDA to approve the product as a medical device, it must pass certain accuracy requirements which were recently made more stringent by the FDA.

There are a few possibilities for the iWatch and its role as a medical device at the Sept. 9 announcement. Apple may only focus on general health benefits and not release any specific functionality that requires FDA approval. Such features could be added over time as it works with the FDA. In order to please consumers and shareholders, releasing the watch as early as possible may be the more pressing issue.

While it would be difficult to do without some sort of public paper trail, Apple may have secured full FDA approval for any or all of the reported medical-related capabilities of the watch. If that is the case, Apple will announce a powerful list of partners from across the health and medical field and leave its competitors in the dust.

Maybe this will be tomorrow’s “and one more thing.”