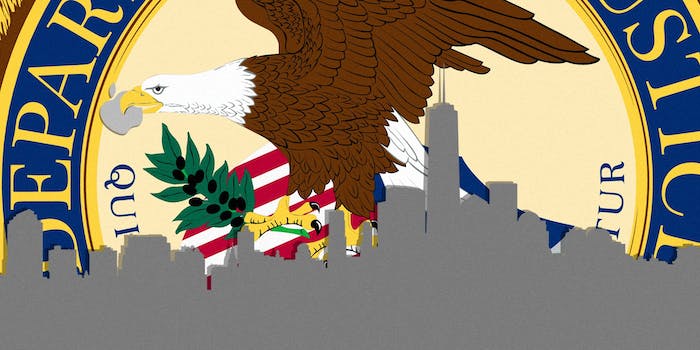 The tech company is still fighting iPhone battles on many fronts.

Apple on Friday told a New York federal judge not to overturn a ruling denying the U.S. government’s request to force the company to help unlock a criminal suspect’s iPhone, saying the government had “utterly failed” to demonstrate its necessity.

Justice Department lawyers had asked Magistrate Judge James Orenstein to force Apple to extract data from the iPhone of a drug suspect who has since confessed to his crime. Orenstein denied that request on Feb. 29, ruling that, because Congress had both enacted a wiretapping statute that exempted Apple from this kind of assistance and rejected more recent legislation designed for this situation, it would not be a proper use of his judicial authority to issue the order.

The government appealed that ruling to Judge Margo Brodie, the district court judge supervising the case. In its filing on Friday, Apple urged Brodie to leave Orenstein’s ruling in place.

This “failure to substantiate the need for Apple’s assistance,” Apple said, “provides more than sufficient grounds to deny the government’s application.”

Apple also asked the judge to review Orenstein’s ruling under a standard that permits overturning it only if it is “contrary to law or clearly erroneous,” a higher bar that would be more likely to result in her preserving the ruling.

When Orenstein first asked Apple to weigh in on the request, the company argued that it did not think such an order would be a valid use of the 1789 All Writs Act, which lets judges issue any orders necessary to enforce compliance with previous court proceedings. (The government had already received a search warrant for the phone.)

“The government would have this Court believe that the All Writs Act… is a boundless grant of authority that permits courts to enter any order the government seeks—including orders conscripting private third parties into providing whatever assistance law enforcement deems appropriate—as long as Congress has not expressly prohibited its issuance,” Apple argued. “But that characterization of the All Writs Act turns our system of limited government on its head.”

The New York drug case is technologically different from but politically similar to the San Bernardino court battle over a dead terrorist’s locked iPhone, which catapulted the long-running encryption debate into the mainstream media in mid-February.

The drug suspect’s phone is an iPhone 5s running the 2013 operating system iOS 7, meaning that Apple can extract data directly from it without the suspect’s passcode, which he told police he had forgotten. The San Bernardino device was an iPhone 5c running 2015’s iOS 9; because of the more advanced system, Apple would have had to write custom software bypassing several security features before the FBI could bruteforce the phone’s password.

The Justice Department ultimately dropped its demand for help in San Bernardino when a third party sold it an unknown technical exploit that allowed it to access the phone’s data in another way. Apple focused on this turn of events to suggest that the government could find another way into the New York iPhone.

“While the government may believe that compelling Apple to access [the suspect’s] iPhone is likely to be the most efficient or cheapest method of accessing the data,” the company said, citing a previous case, “the All Writs Act ‘does not authorize a court to order a party… to aid the government in conducting a more efficient investigation, when other forms are available.'”

This “failure to substantiate the need for Apple’s assistance,” Apple said, “provides more than sufficient grounds to deny the government’s application.”

Apple even argued that the resolution of the San Bernardino case raised doubts about the government’s honesty in the New York case. The government’s “admission that Apple’s assistance was not necessary to unlock the [San Bernardino] iPhone,” Apple said, “calls into question the credibility of its contention—wholly unsupported by any evidence in the record—that Apple’s assistance is necessary in this case.”

Apple also told Judge Brodie in Friday’s filing that, if she overruled Orenstein, she would be opening the door to a cascade of government demands with no limiting principle. The Justice Department, Apple argued, was seeking “to obtain an order that it can use as precedent to lodge future, more onerous requests for Apple’s assistance.”