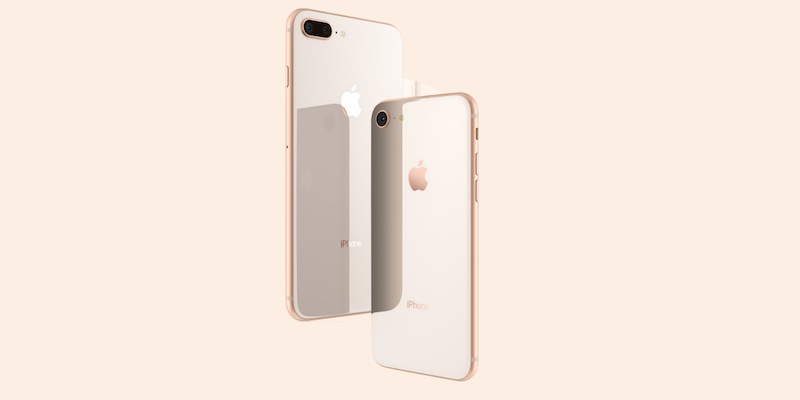 iPhone 8 and iPhone 8 Plus: Everything you need to know

Not convinced the new iPhone X is worth its steep $1,000 price tag? Don’t worry, Apple’s got you covered.

The Cupertino giant released the iPhone 8 and iPhone 8 Plus, direct successors to last year’s iPhone 7 and 7 Plus, at its annual smartphone event today. Gone is the marginalized S naming scheme and in its place is a phone that sounds like a true upgrade to its predecessor. But do the iPhone 8 and 8 Plus live up to the title?

Let’s take a closer look at the Apple’s new devices.

One of the big questions going into Apple’s event was whether the more affordable iPhone 8 and 8 Plus would come equipped with edge-to-edge displays. Sadly, they don’t. That already puts them at a disadvantage when compared to the Samsung Galaxy S8 and LG G6, their direct Android rivals.

The iPhone 8 comes with a 4.7-inch Retina display at 1,334-by-750-pixel resolution while the iPhone 8 Plus has a larger 5.5-inch Retina screen at 1,920-by-1,080-pixel resolution. Apple says it upgraded the LCD panels on the iPhone 8 with True Tone technology, which it uses on the 10.5-inch iPhone Pro tablet to adjust the display based on the ambient lighting in a room. It’s still a step down from the OLED displays found on the iPhone X, Galaxy phones, and upcoming LG V30.

If the 7 and 7 Plus are anything to go by, expect the iPhone 8 and 8 Plus’s displays to be bright, vivid, and colorful—but not industry leading.

The thick rim surrounding the iPhone 8 and 8 Plus’ displays means Apple still had room for its Touch ID fingerprint sensor. Instead of freeing up space by putting it on the phone’s rear, Apple placed the sensor in the same spot as last year’s model: directly below the display.

The iPhone 8 and 8 Plus are made of aluminum covered in glass and retain the same tall, curved silhouette as their predecessors. Apple claims the glass is the most durable ever in a smartphone.

We’re just going to break it to you: The iPhone 8 and 8 Plus look nearly identical to the 7 and 7 Plus and could therefore  feel a generation behind other flagship phones.

The iPhone 8s are “microscopically sealed for water and dust resistance.” According to the website, that means an IP67 rating, the same as the iPhone 7.

The iPhone 8 comes with a single 12MP camera with a f/1.8 aperture and finally includes optical image stabilization (OIS). Apple says the all-new sensor is faster and larger and should shoot better low-light images, providing an impressive 83 percent more light than the previous lens.

Apple added a new “Portrait Lighting” feature that is designed to enhance the color accuracy in portrait shots for the iPhone 8 Plus. The new iPhone camera also comes with a new interface that’ll let you swipe to pick different effects. Both phones come with a 7MP front-facing camera.

The iPhone 8’s cameras can shoot video in 4K at 60 frames per second or super-slow-mo 240 frame-per-second video in full 1080p.

The A11 Bionic chip also comes with Apple’s first ever in-house GPU that boosts graphics processing by 30 percent over last year’s chip. The smartphone giant says the new chip is great for machine learning and 3D apps and games.

We won’t know until launch how it compares to the Qualcomm chips found on nearly every other device but expect the iPhone 8 and iPhone 8 Plus to be some of the fastest smartphones ever released.

The iPhone 7 and 7 Plus impressed us, easily lasting a full day with medium-to-heavy use. Apple says the iPhone 8 and 8 Plus will last “about the same” as the previous models and last for 12 to 13 hours of internet use and 13 to 14 hours of video playback. You can use fast charging to bring your battery life up 50 percent in just 30 minutes.

One significant upgrade to last year’s flagship is the iPhone 8’s Qi wireless charging capability, which lets you charge your phone by simply placing it on a pad that’s plugged into the wall. Apple says it will release its own charging pad called the AirPower next year, though you can use dozens of third-party pads that are already available.

First things first, the iPhone 8 and iPhone 8 Plus didn’t herald the return of headphone jacks, which means you’ll need to use an adapter to listen to wired headphones. It’s an infuriating omission, but we never expected Apple to backtrack on its “courageous” decision.

Apple put the speaker grills on the bottom of its new phones so music should sound pretty clear even when your phone is laying flat. The speakers on the iPhone 7 were solid, so those on the iPhone 8 should be even better. Apple says its speakers are 25 percent louder and can emit deeper bass. If you want high-end audio that can fill a room, we suggest you purchase a Bluetooth speaker.

The iPhone 8 and 8 Plus will come with Bluetooth 5.

Both phones will come out of the box running iOS 11. Highlight features include compatibility with Apple’s new augmented reality framework ARKit and the addition of Animoji, or animated emoji. The biggest aesthetic change is a new control panel that lets you use 3D touch in certain apps. Of course, iOS 11 will include several enhancements to Siri and get the latest security updates.

The iPhone 8 and iPhone 8 Plus will come in silver, space gray, and gold.

You can preorder the devices on Friday Sept. 15 at 12:01am PT from Apple’s website. The phone’s will be officially released on Friday, Sept. 22.